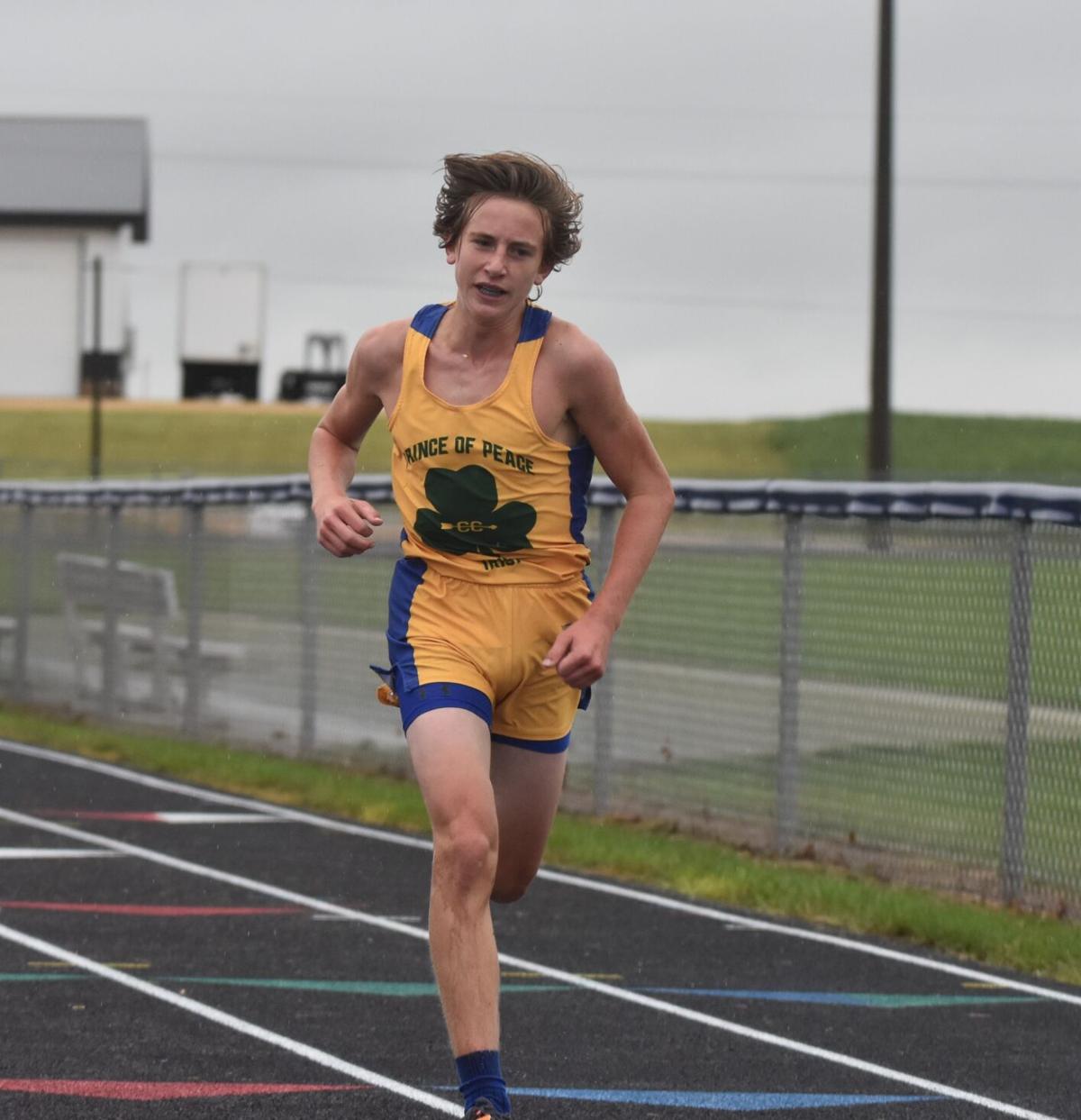 Prince of Peace’s Marcus Blount approaches the finish line at the Northeast Invite on Sept. 10. 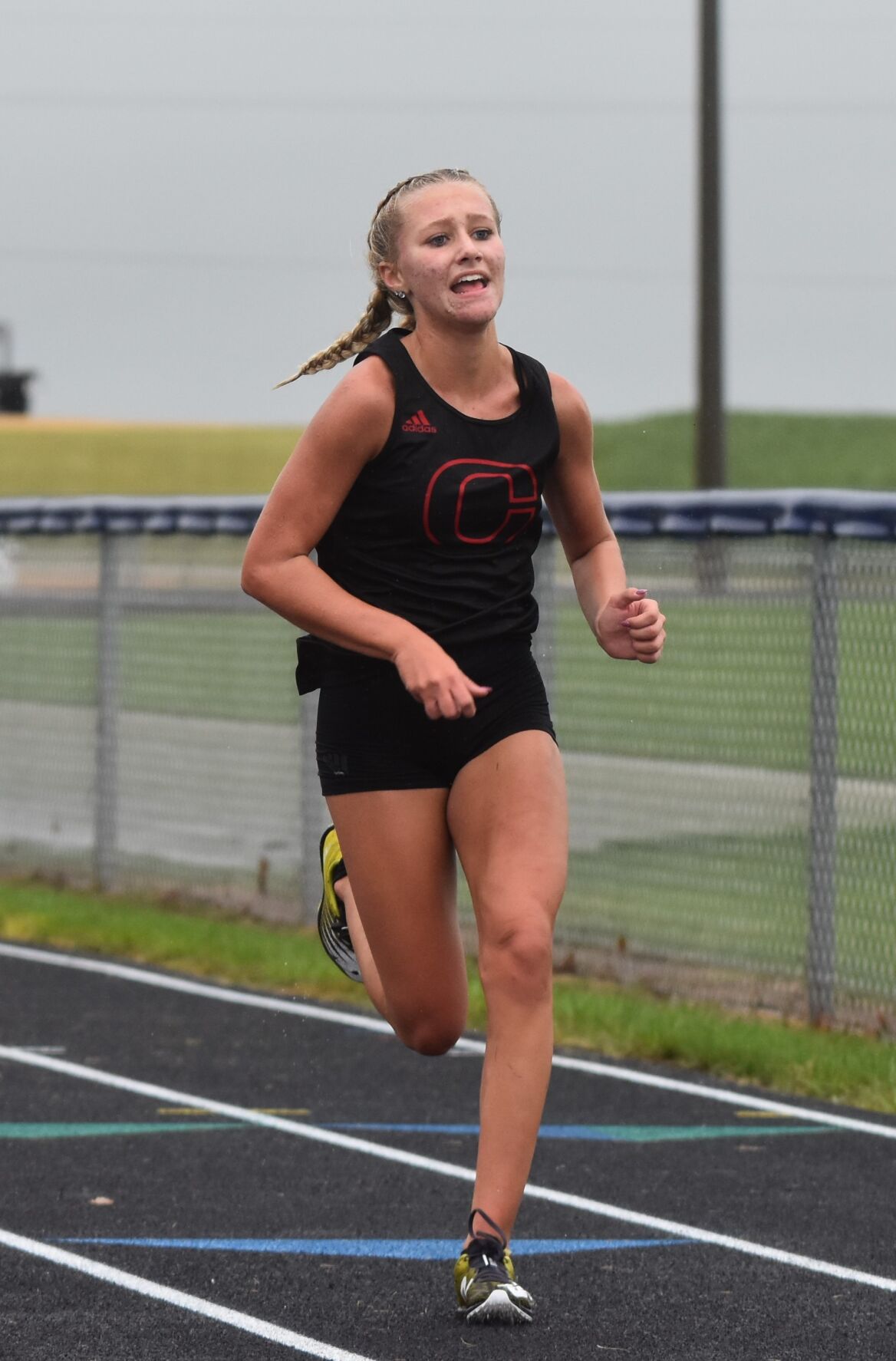 Clinton’s Camryn Sattler runs during the Northeast Invite on Thursday.

Prince of Peace’s Marcus Blount approaches the finish line at the Northeast Invite on Sept. 10.

Clinton’s Camryn Sattler runs during the Northeast Invite on Thursday.

GOOSE LAKE — Local runners had to dodge mud and puddles of rain, but still were able to compete at a high level at the Northeast Invite on Thursday.

“It felt good,” Blount said. “Since it’s not that warm out, the legs felt good and not tired.”

Winning a race was an early-season goal for him.

“I want to keep up with some of the bigger runners and maybe win a race — so I’ve got one down,” Blount said.

“It felt really great to get third-place at the home meet on this day of insane weather,” Machande said. “Just a great way to end my last home meet as a senior. I’m really proud of my teammates who were right there with me. It was a great race overall for all of us.”

He said it felt good to go out on a high note.

“It gives me a great level of satisfaction because I put in a lot of work to get to this point,” Machande said. “I was very close last year to making it and getting a medal, so I’m just proud I got one here today.”

Thomas Machande believes his team is capable of reaching state.

“I’d like to take my team to state with me,” he said. “We’ve got a lot of potential there. We were so close last year at districts.”

Leading the way for Clinton was Conner Sattler in second-place overall (18:16.3).

“I think I did pretty good today compared to the conditions,” Sattler said. “Obviously the conditions hinder how good you’re going to do in my opinion. I definitely have some work to do — right now it’s doing speed work and hoping to get to that district meet.”

On the girls’ side, Camryn Sattler’s time was a PR, breaking 20 minutes for the first time.

“I’m very proud of that,” Sattler said. “I worked very hard. That was my coach’s goal time for me and I broke it.”

She did so despite the weather conditions.

“It’s very hard to stick your grounding,” Sattler said. ‘I have spikes, but your shoes can still pop off with all the mud and your feet are soaking wet in the water, but you can still run a great time.”

Prince of Peace’s Madison Anglese placed fourth overall (22:12.5) on a course she normally doesn’t do well at.

“I felt pretty good the whole race,” Anglese said. “I’m usually not a big fan of this course but I liked it today. I didn’t do very well on it last year and usually it’s hot here, so the temperature change was better.

“Running in the cold helps me a lot more, otherwise I’d die out in the heat.”

Faith Ketelsen overcame some adversity during the race.

“I felt nice through the whole entire race,” Faith Ketelsen said. “The only part I didn’t like is, I fell mid-race, but after that I just kept pushing myself. I almost started crying, but I just decided to wipe off the mud and get back up and keep running.”