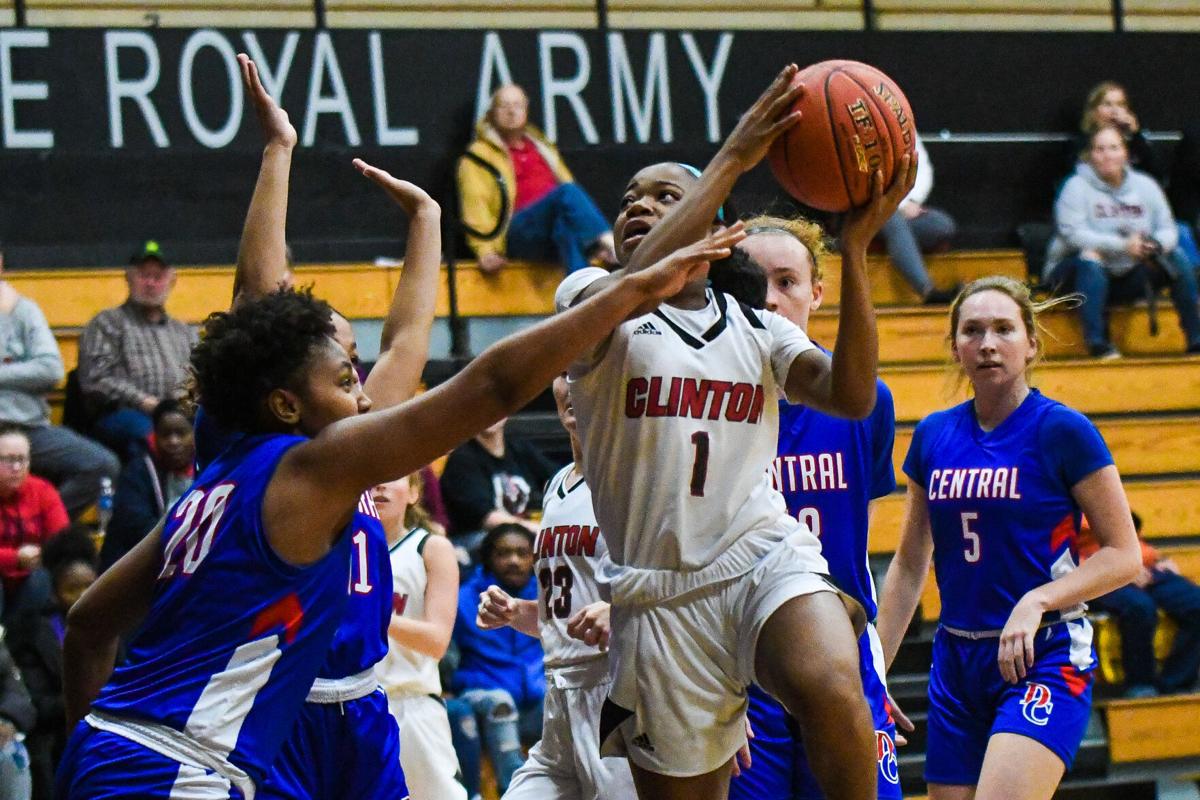 Kanijah Angel makes a shot attempt off a drive during the Clinton River Queens’ loss to Davenport Central on Friday, Dec. 10. 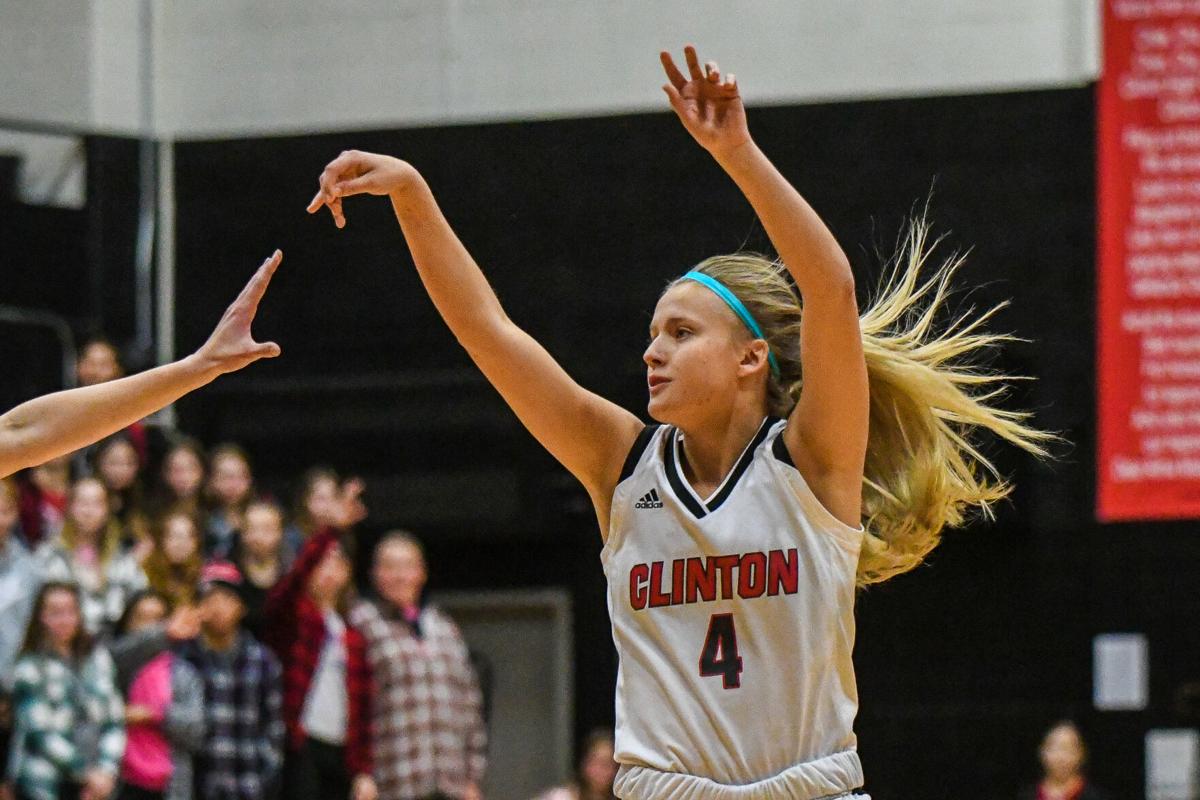 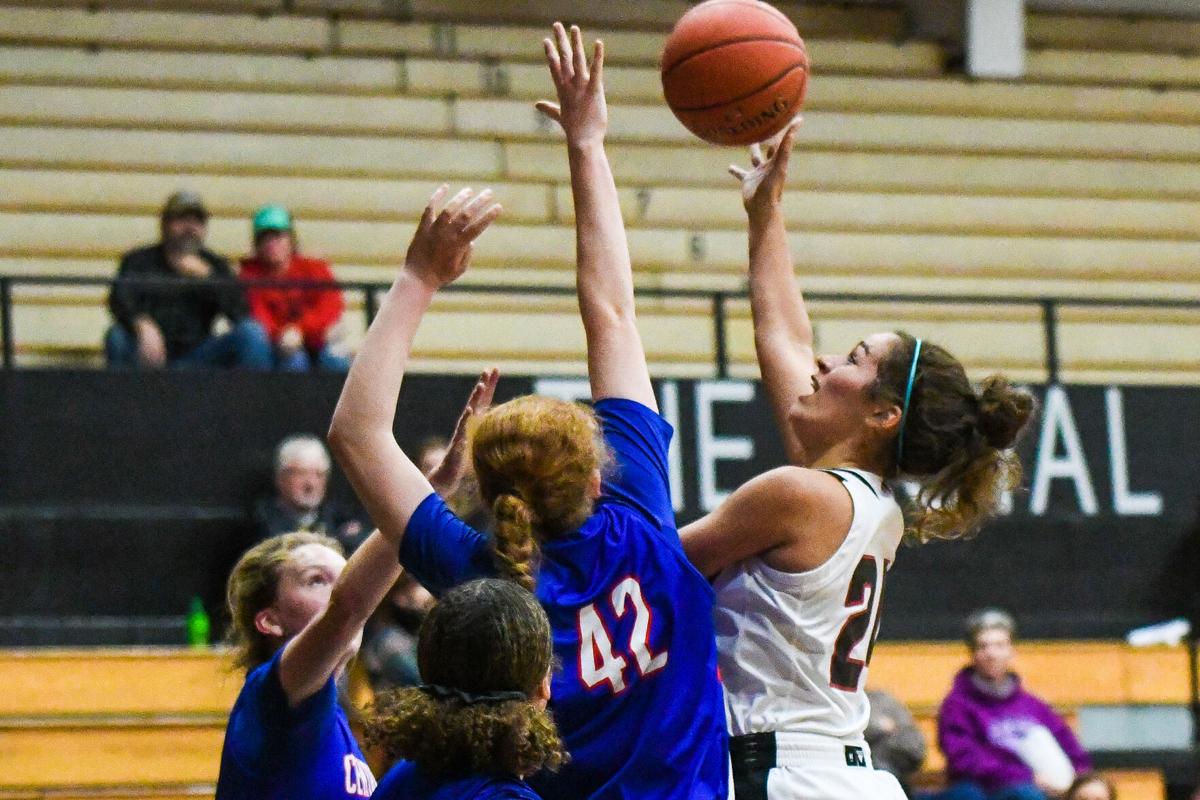 Kanijah Angel makes a shot attempt off a drive during the Clinton River Queens’ loss to Davenport Central on Friday, Dec. 10.

CLINTON – The Clinton girls basketball team couldn’t find much offense on Friday night, and they fell 48-21 to Davenport Central in a Mississippi Athletic Conference game at Yourd Gymnasium.

It was an unbelievably slow start for the River Queens on Friday in front of their home crowd. The visiting Blue Devils started the game on a 19-0 scoring streak.

The Blue Devils hit plenty of outside shots, but they also were getting easy buckets in The lane.

“I wish we had been able to stop the drive,” Marx said. “We wanted to use it as a teaching moment – we asked, you see how they’re driving? Now that’s what we want to do. We want to get our feet in the black, jump stop, and then look for an opening.”

That wasn’t broken until the second quarter, when Kenijah Angel hit a three-pointer to put the Queens on the board.

After the scoreless first period, the offense never really heat up in the first half. The River Queens were catching the ball out of position and looking immediately to pass it on to teammates.

There was very little movement toward the basket.

“That’s just confidence,” Marx said. “We have three sophomores out there playing a lot of minutes so it’s just getting them more varsity time. The speed of the game is a lot different than they played last year.”

They also had 15-plus turnovers in the first half alone.

The River Queens knew they were going to be at a disadvantage size wise this season after losing two of the top rebounders in the program in Makenzie Cooley and Molly Shannon. The Queens struggled to keep the Blue Devils out of the paint for offensive rebounds, giving up nine offensive rebounds in the first half alone. The Blue Devils capitalized and scored on five of those.

“We worked on that in practice,” Marx said. “Veronica Ramirez is doing her best, she’s averaging 12 before this game. She’s working hard in there, we’re just learning every game,”

By the time the two teams broke for halftime, Central had garnered a 34-7 lead.

A lot of Clinton’s scoring came in the final minutes of the game – 11 of their 21 points were scored in the fourth quarter. Marx was happy with what she saw from her bench and the energy they brought to the court.

“Everyone always needs to be on the same page,” Marx said. “We had a goal today of communication verbally and non-verbally and getting back on defense. We hustled and we got back, it’s just bringing everyone together. We have a team of ten – we want to have everyone pulling their weight.”

The River Queens have a quick turnaround, welcoming Camanche for a non-conference game Saturday afternoon. They’re currently sitting at 1-4 overall and 1-3 in Mississippi Athletic Conference play.

The Storm are also coming off of a tough loss Friday night.

“I’m hoping that they can build some confidence in some of their skills,” Marx said. ”Figure out what goals are going to be from game to game and just work on it.”

They get back to MAC play next week with Bettendorf and North Scott.

Carey M. Christoff, 56, of Clinton passed away Thursday, January 27, 2022 at the University of Iowa Hospitals and Clinics. Services are being planned for spring at the Camanche Chapel Snell-Zornig Funeral Homes & Crematory.