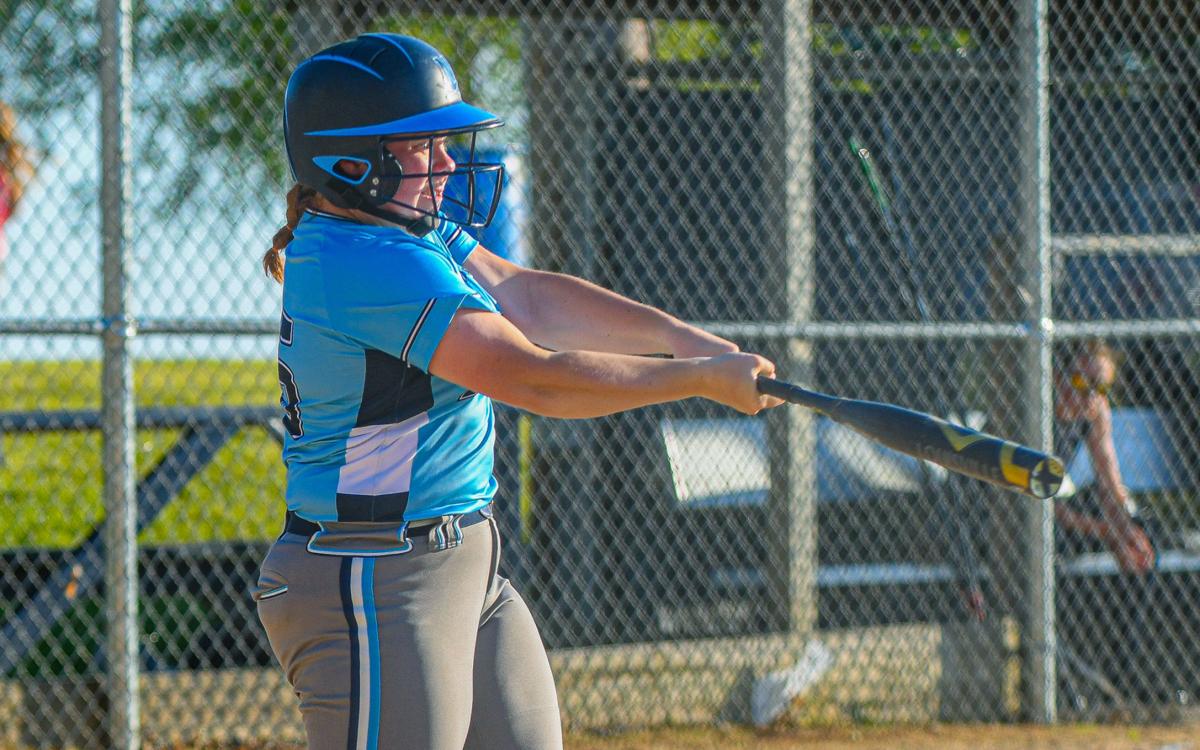 Northeast’s Makenna McDonald takes a swing that makes contact for a 3-run homerun during Northeast’s 11-2 victory over Calamus-Wheatland on Wednesday night on the road. 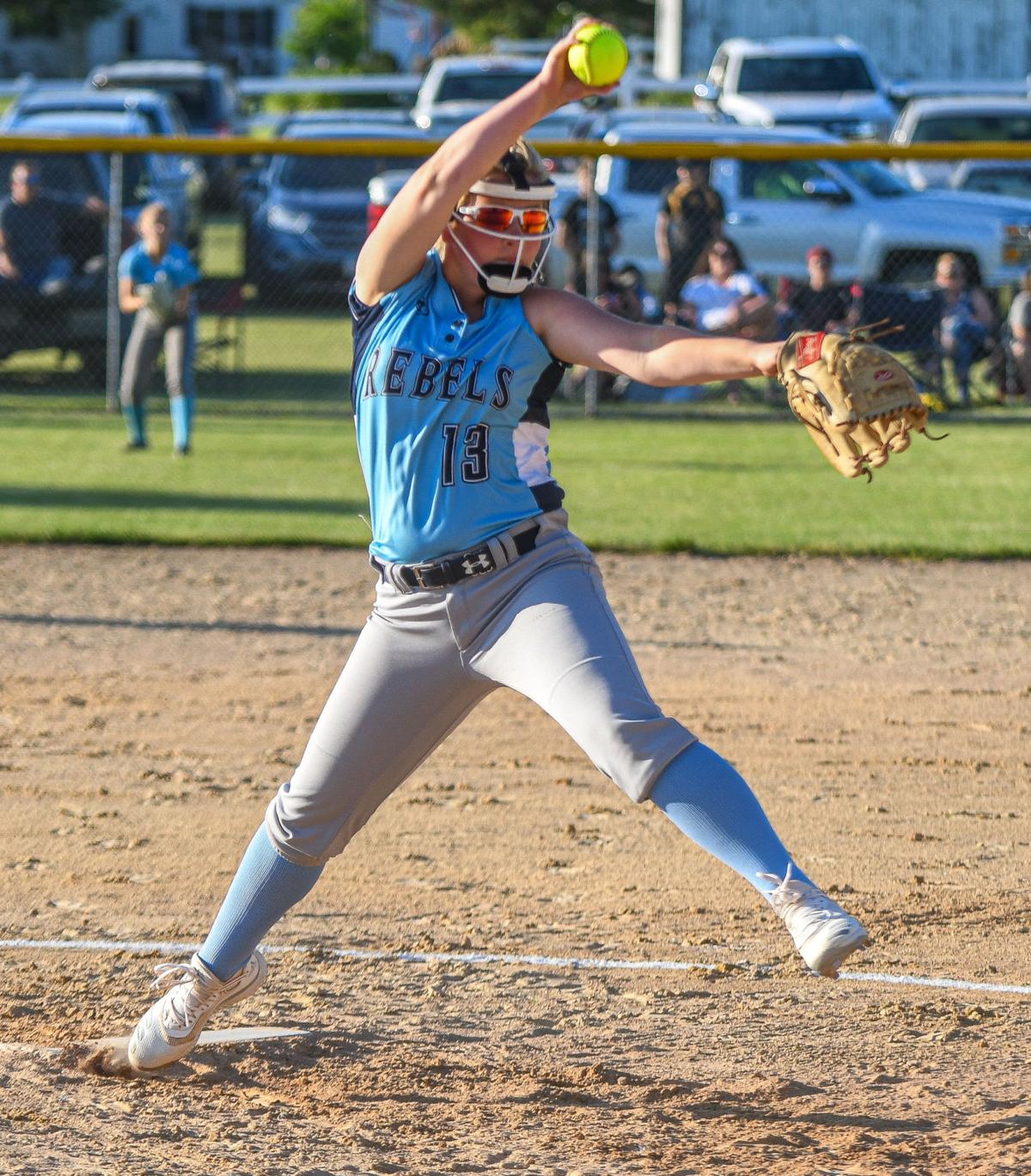 Northeast pitcher Madison Kluever delivers a pitch during the Rebels’ win over Cal-Wheat earlier in the 2020 regulat season. 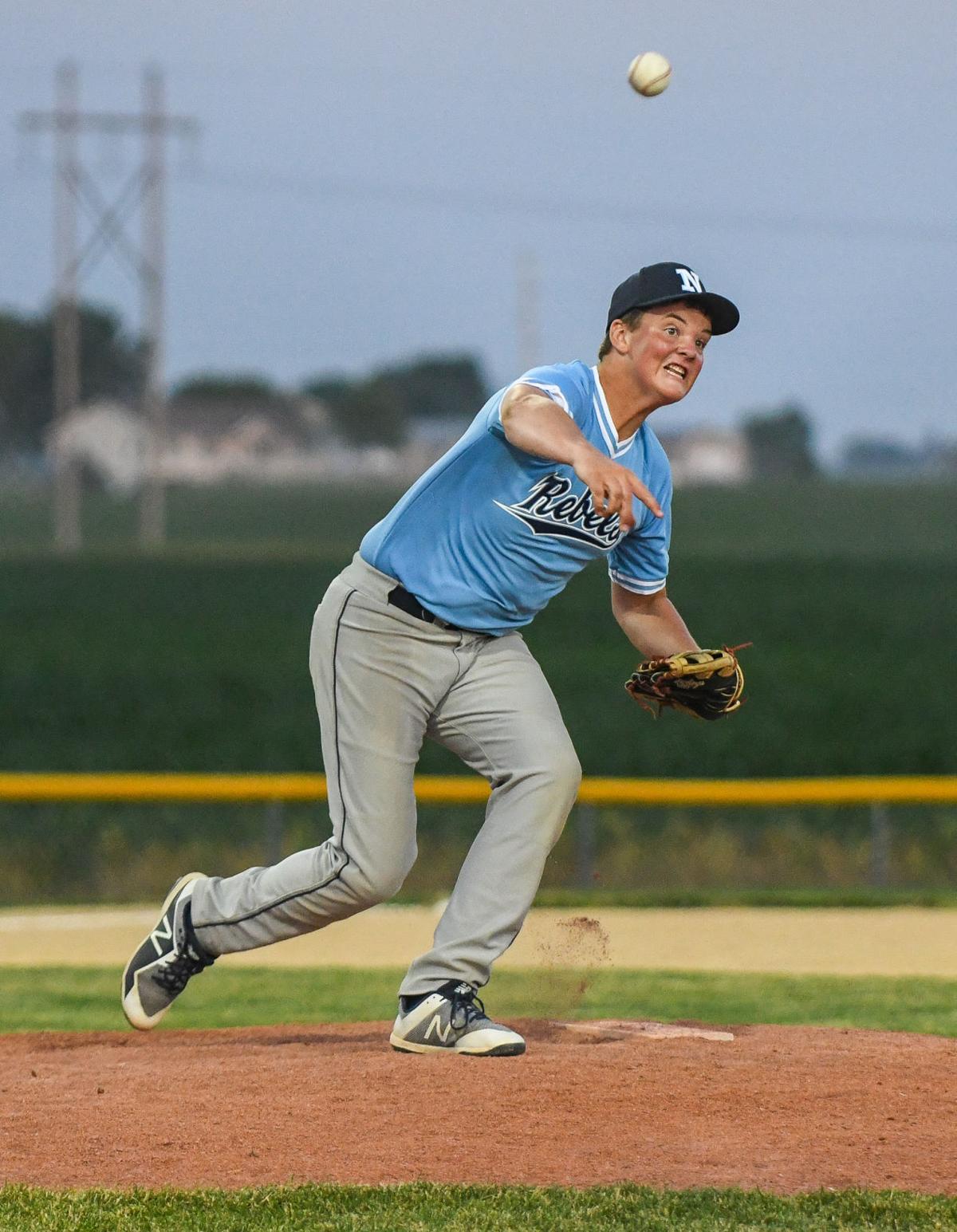 Northeast pitcher Dane Johnson throws over to first base in an attempt to catch a runner off during the Rebels’ game with Calamus-Wheatland on Wednesday night. 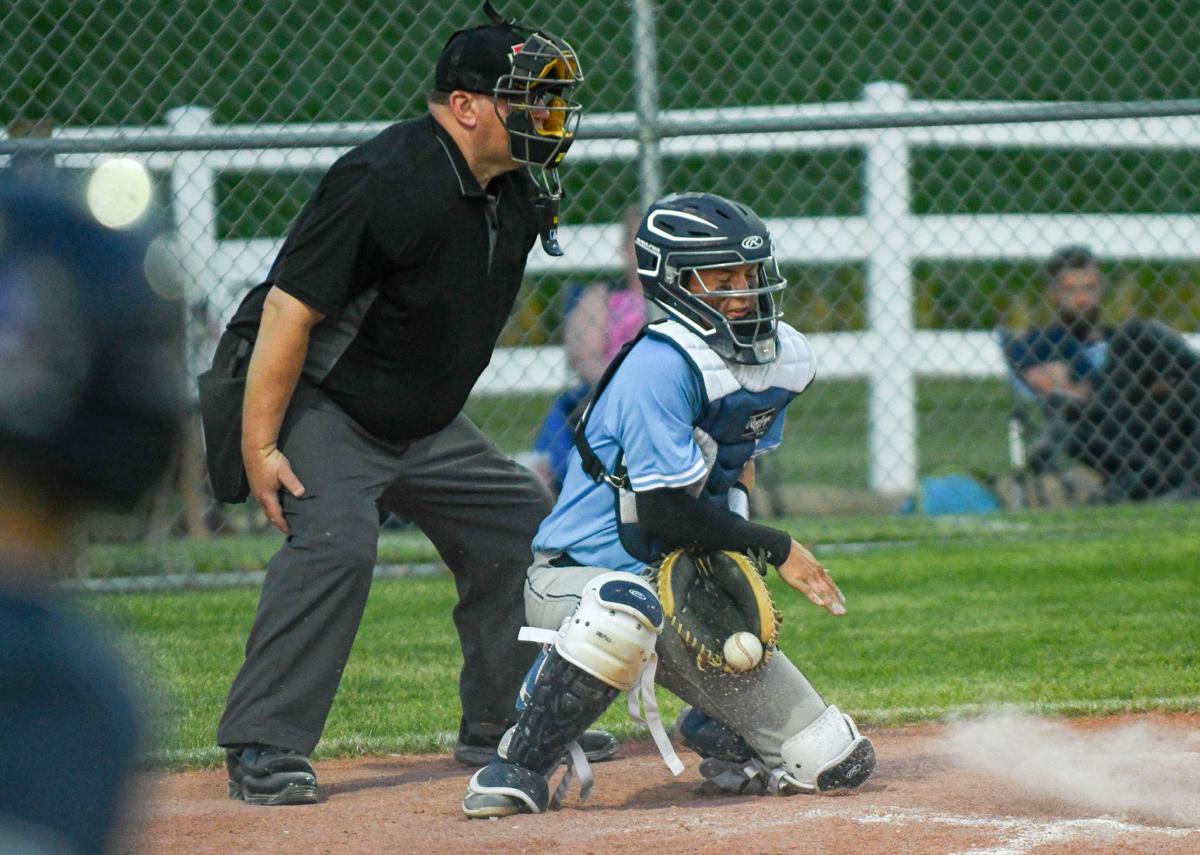 Northeast catcher Alijah Dopson stops a ball in the first during the Rebels’ game with Cal-Wheat on Wednesday.

Northeast’s Makenna McDonald takes a swing that makes contact for a 3-run homerun during Northeast’s 11-2 victory over Calamus-Wheatland on Wednesday night on the road.

Northeast pitcher Madison Kluever delivers a pitch during the Rebels’ win over Cal-Wheat earlier in the 2020 regulat season.

Northeast pitcher Dane Johnson throws over to first base in an attempt to catch a runner off during the Rebels’ game with Calamus-Wheatland on Wednesday night.

Northeast catcher Alijah Dopson stops a ball in the first during the Rebels’ game with Cal-Wheat on Wednesday.

CALAMUS – The Northeast Rebels baseball and softball teams both took on Calamus-Wheatland on Wednesday in a non-conference matchup, both seeing highlights in the early parts of the season. The softball team picked up a win and the baseball team added a loss.

It came in the version of a large-margin victory for the softball team.

For the No. 13 ranked Lady Rebs, it was a clean and quick 11-2 victory and their second straight.

“She gets ahead in the count a lot and believes in her pitches,” Eversmeyer said. “Even when she gets behind she battles back. I think our defense is seeing that the other team doesn’t hit a lot of balls hard off of her so they have to be ready to make plays.”

They showed their offensive prowess in a 4-run second inning featuring both small ball and power hits. Kaylee Hansen led off the inning with a single, and Kluever followed her up with a perfectly laid bunt that sent her to second. Neveah Hildebrandt then sent a sac fly into right field to plate the first run of the game.

Bree Mangelsen picked up a single, then Makenna McDonald sent a ball over the fence for a 3-run dinger that skyrocketed the Rebels’ lead to 6-0.

“This year I’m thinking two or three batters ahead and how we can set up the inning,” Eversmeyer said. “If someone is hot, we don’t have to play small ball ... but if we get into the middle of innings and we’re having a hard time scoring we know we can push the bunt down.

“I though our baserunning was good, too. We’re tagging up when we’re supposed to and being aggressive.”

Even with the 11 runs, Eversmeyer knows his offense still isn’t in the shape that they want it to be. The Rebels left plenty of runners stranded through the night, leaving huge potential for the scores they will be putting up later in the season.

“We struggled tonight hitting the ball but still put up 11 runs,” Eversmeyer said. “It’s only a matter of time offensively.”

The softball team improves to 2-0 and will have a quick turnaround. They return to River Valley Conference play on Thursday, traveling to Durant.

[We want to build off] our confidence,” Eversmeyer said. “These guys won 20 last year and felt like they could win a few more. We want to blow out the teams we’re supposed to and hang around the good teams and compete, that’s really all we’re looking for.”

The baseball team battled through a back-and-forth thriller with the preseason-ranked Warriors. It was a nice change up for the Rebels, who were blanked 10-0 in their season opener at Mid-Prairie.

The couldn't find enough runs to finish out the night, falling 18-16.

The Rebels struck in the first inning with a run and came out and added to it. Hayden Lee started the inning off with a single, and Alijah Dopson bunted to move Lee on to second base. An RBI double to left brought Lee around third and home.

After Jimmy Weisphenning wore a pitch, a second RBI double brought in two more runs and the Rebels took a 4-0 lead.

However, the Warriors weren’t done. By the third inning the teams were all knotted up at 7-7.

The Rebels broke that first. A string of offense, including RBIs by Hayden Lee and Sam Moraetes, plated three runs in the third inning.

Pitching woes came next. Three straight walks in the bottom of the third inning paired with Warrior contact sent Cal-Wheat up 10-7 once again.

The Warriors then took the 13-10 lead only to have the Rebels tie things up once again in the  fifth inning, then take the lead in the sixth. Another big inning for Cal-Wheat, five runs, gave them the final lead of the night.

The baseball team also travels to Durant on Thursday. Both squads welcome Camanche High School to Goose Lake on Friday night as part of RVC play.