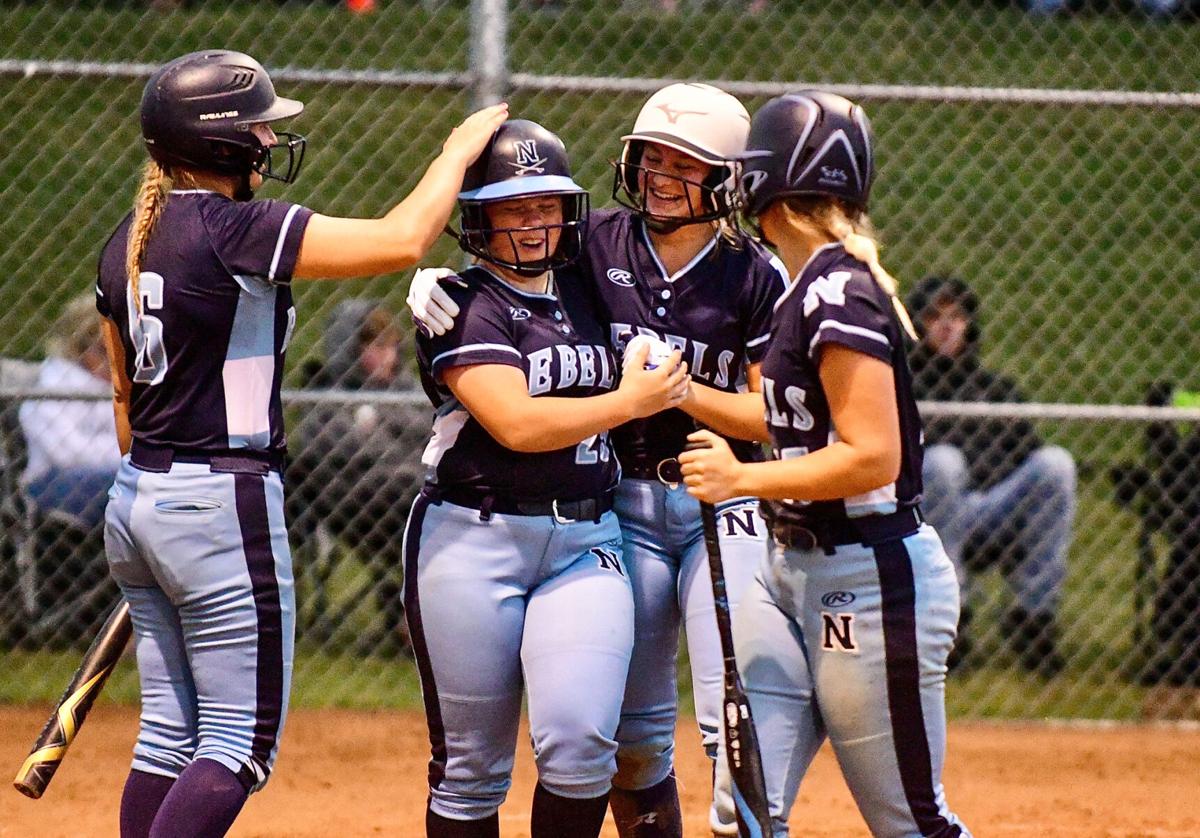 Makenna McDonald and Alexis Ehlers (center) hug as they walk off the field after Ehlers sent a ball over the fence for a 3-run homer on Wednesday night, met by Val Spooner (left) and Audrey Morris (right). 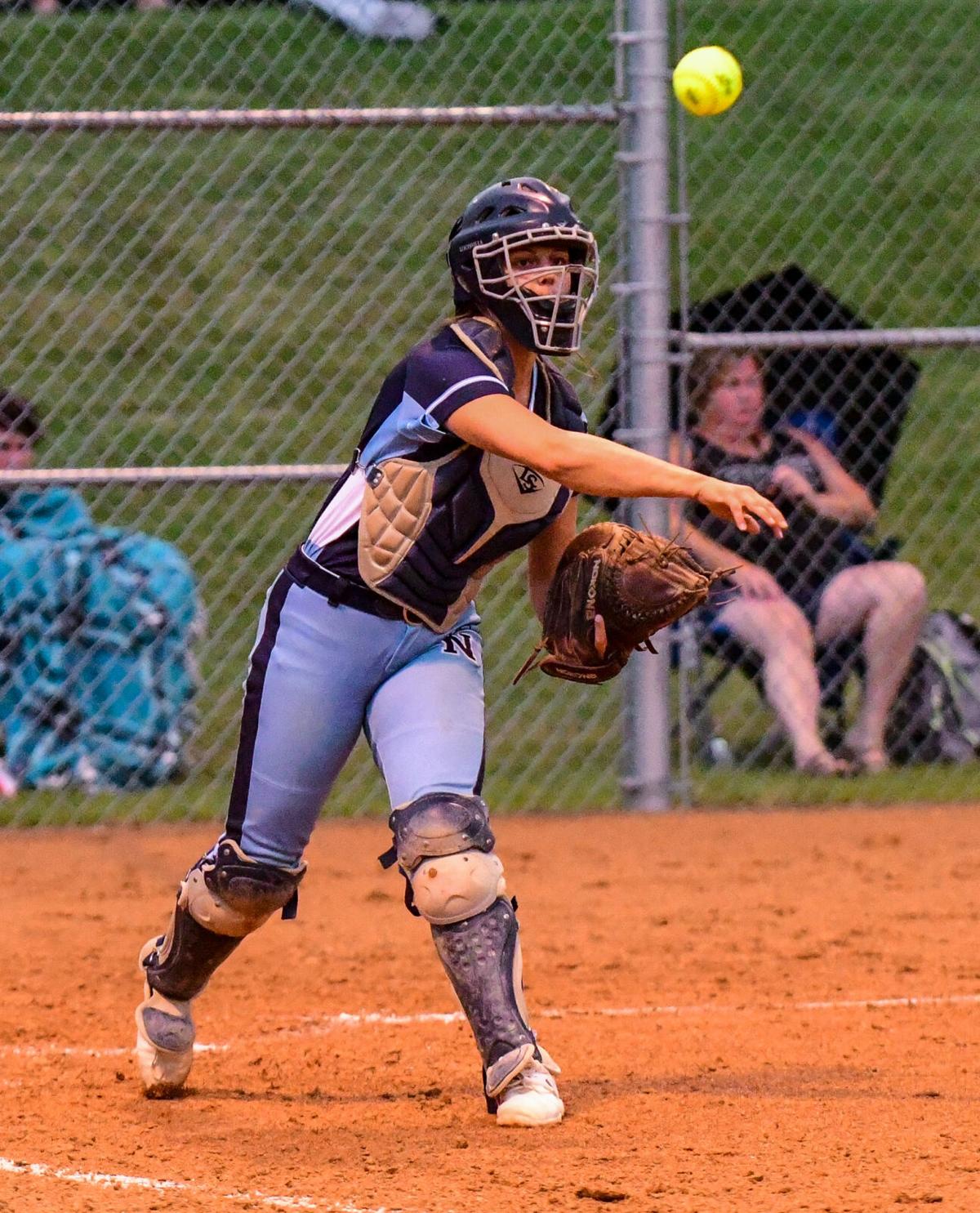 Northeast's Bree Mangelsen throws a ball to first for an out during the Rebels' 14-2 win over Clayton Ridge on Wednesday night.

Makenna McDonald and Alexis Ehlers (center) hug as they walk off the field after Ehlers sent a ball over the fence for a 3-run homer on Wednesday night, met by Val Spooner (left) and Audrey Morris (right).

Northeast's Bree Mangelsen throws a ball to first for an out during the Rebels' 14-2 win over Clayton Ridge on Wednesday night.

GOOSE LAKE – It took just under an hour for the Northeast softball team to get the job done on Wednesday night. One hour and they had a 14-2 win pver Clayton Ridge under their belts.

That’s some decent momentum for the No. 4 Rebels to open up their Class 2A Region 7 bracket, and it happened largely in part to a 10-run second inning.

“We knew we needed to get that run to get the momentum going,” head coach Travis Eversmeyer said. “We talk all the time, good teams need one run for momentum. Second inning was a blast.”

The game became one sided in the second inning, and it happened quickly. The Rebels strung hits together, including a 2-run homer from Madison Kluever and a 3-run bomb from Alexis Ehlers.

A triple from Paige Holst and a double from Bree Mangelsen aided the offense, and the Rebels took an 11-0 lead in no time.

The bottom of the second was when Clayton Ridge put up their runs. A pair of errors came from the infield, partly thanks to wet field conditions after a day’s worth of rain. Add on a single and the shutout fell out of reach.

But the sign on the Rebel dugout reads “E + R = O”. That translates to “Event + Response = Outcome”, and that’s the philosophy the Rebel defense follows.

“The “R” has to be bigger than any “E” they encounter,” Eversmeyer said. “They always do that. They were coming in apologizing for that inning and we say, it’s over with and move on. That’s the group we have.”

Then pitcher Madison Kluever hit a batter, sending another run in.

But Kluever responded with a dominant strike. The very next pitch sent a short bouncer her way and she quickly helped turn a double play from home to first to get out of the inning. Kluever, just an eighth grader, pitched the three innings for the Rebels.

“There’s a reason she’s thrown 18 of our 19 games,” Eversmeyer said about his starter. “She’s been in those tough situations and gotten out of them before. She doesn’t even look over at the dugout ever, it’s just her and Bree [Mangelsen] and she’s in the zone.”

A quick three strikeouts in the third sent the Rebels up again, and they quickly finished things. With a slide into home on a wild pitch, the Rebels finished the regional win.

The Rebels improve to 17-2 and face Beckman Catholic (7-13) on Friday night as they continue their postseason play. Beckman knocked the Rebels out of the brackets last season, setting Northeast up for a redemption game in front of a home crowd in Goose Lake.

“We want to see our offense clicking, but we know we’re going to be going against good pitchers,” Eversmeyer said. “I think with this team and how they can hit 1-through-9, we have to focus in on our defense and limit big innings for the other team.”