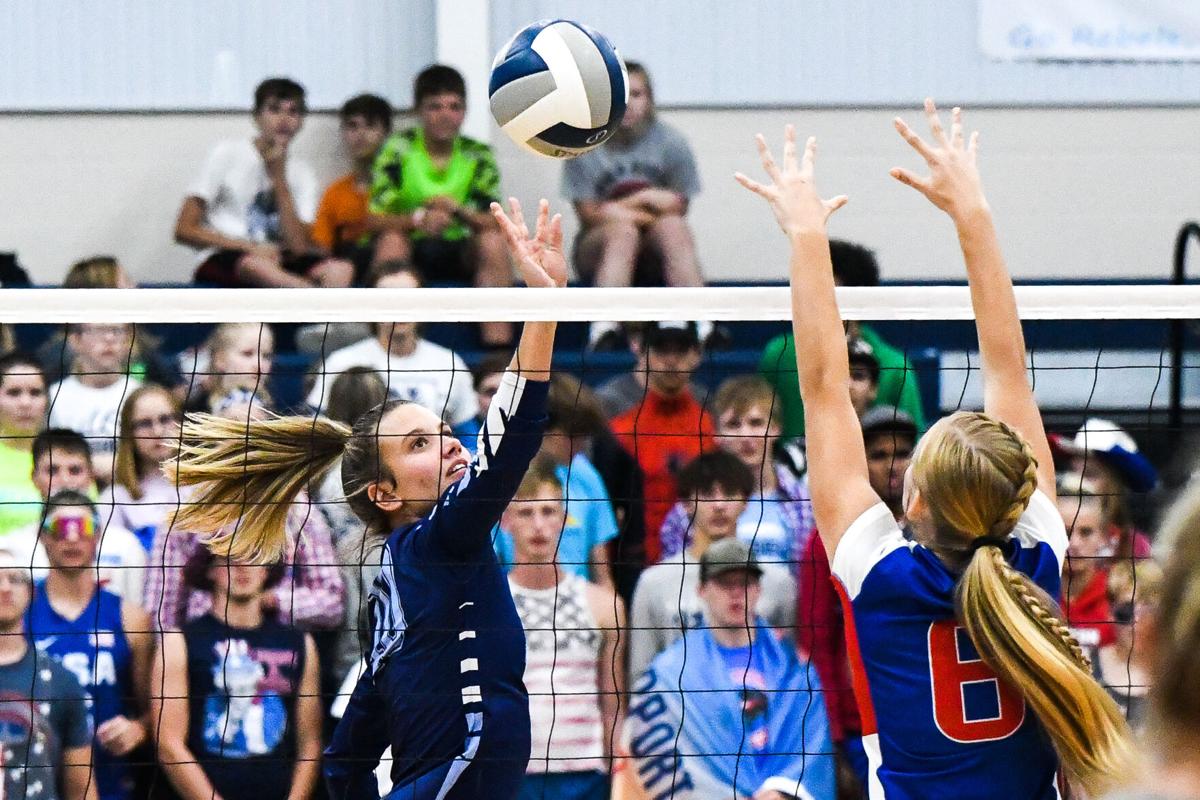 Northeast’s Ellie Rickertsen tips a ball up over a Camanche block on Thursday during the Rebels’ conference win over the Storm in Goose Lake. 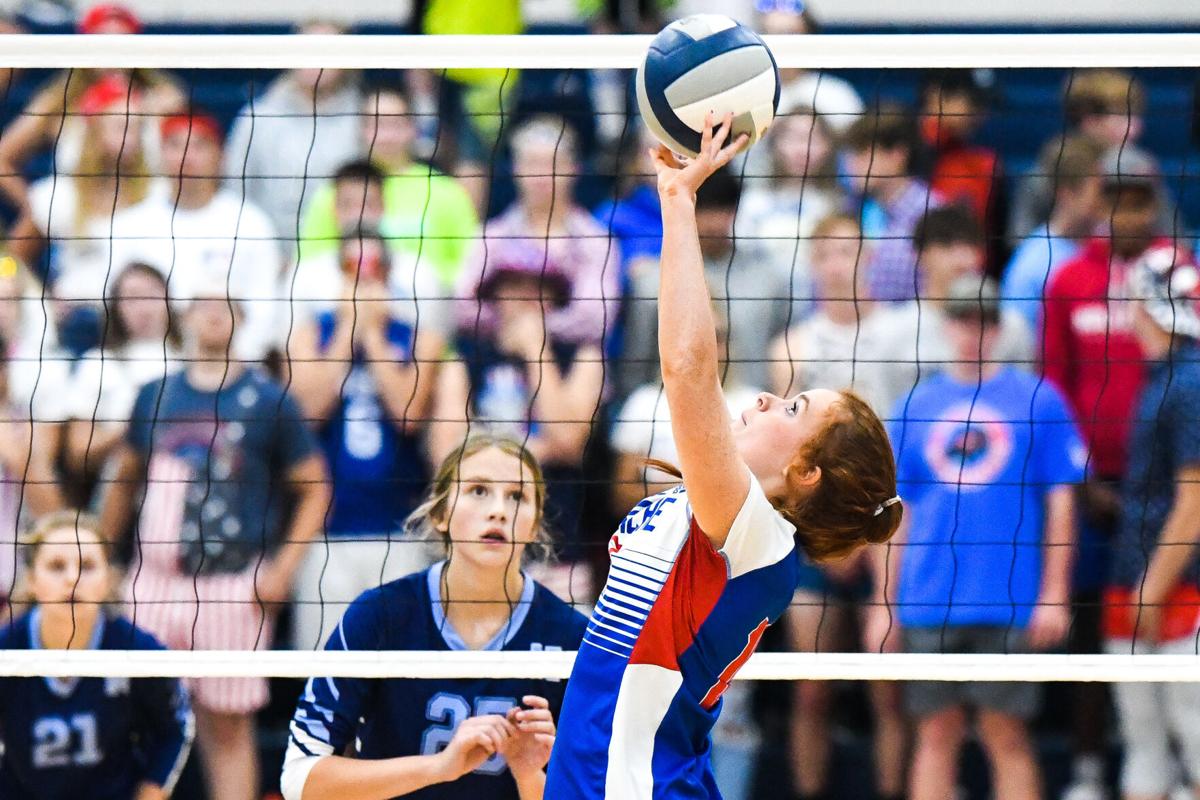 Camanche’s Maddie Sager sets up a ball during the River Valley matchup between Nrotheast and Camanche in Goose Lake Thursday. 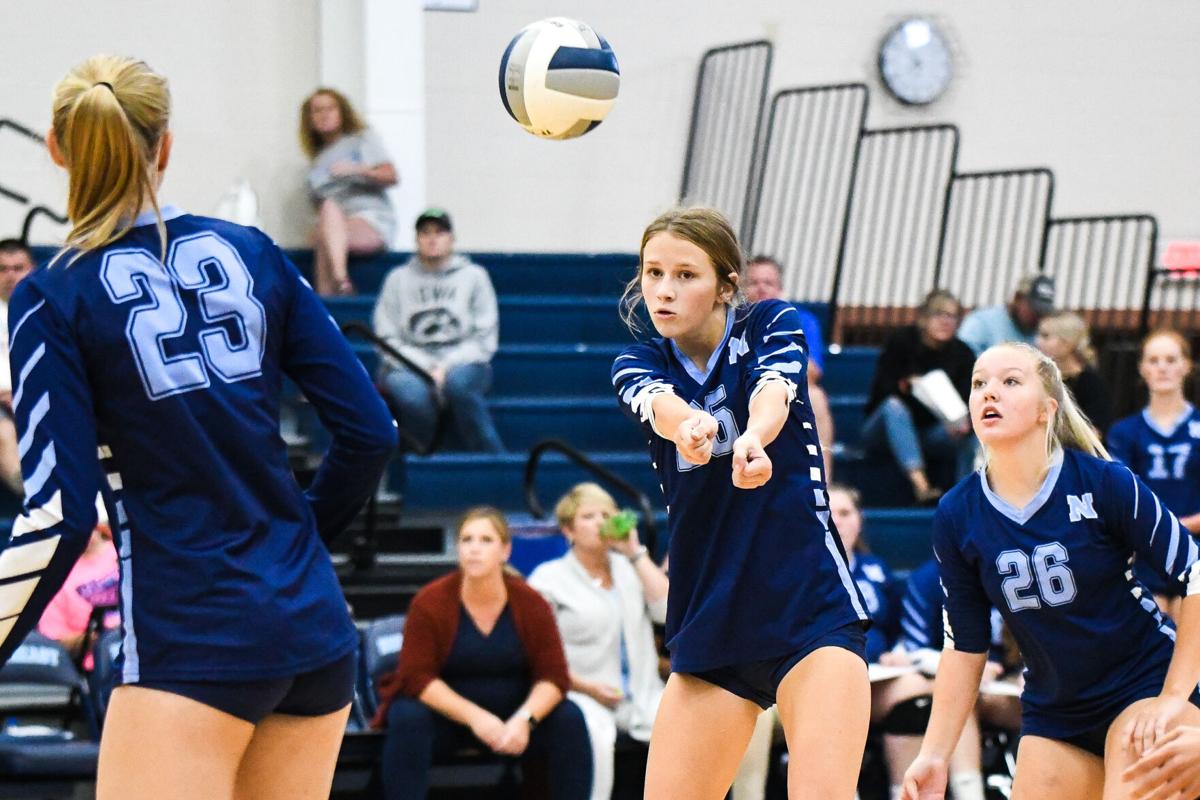 Northeat’s Clare Mulholland passes up a ball during the Rebels’ win over Camanche Thursday. 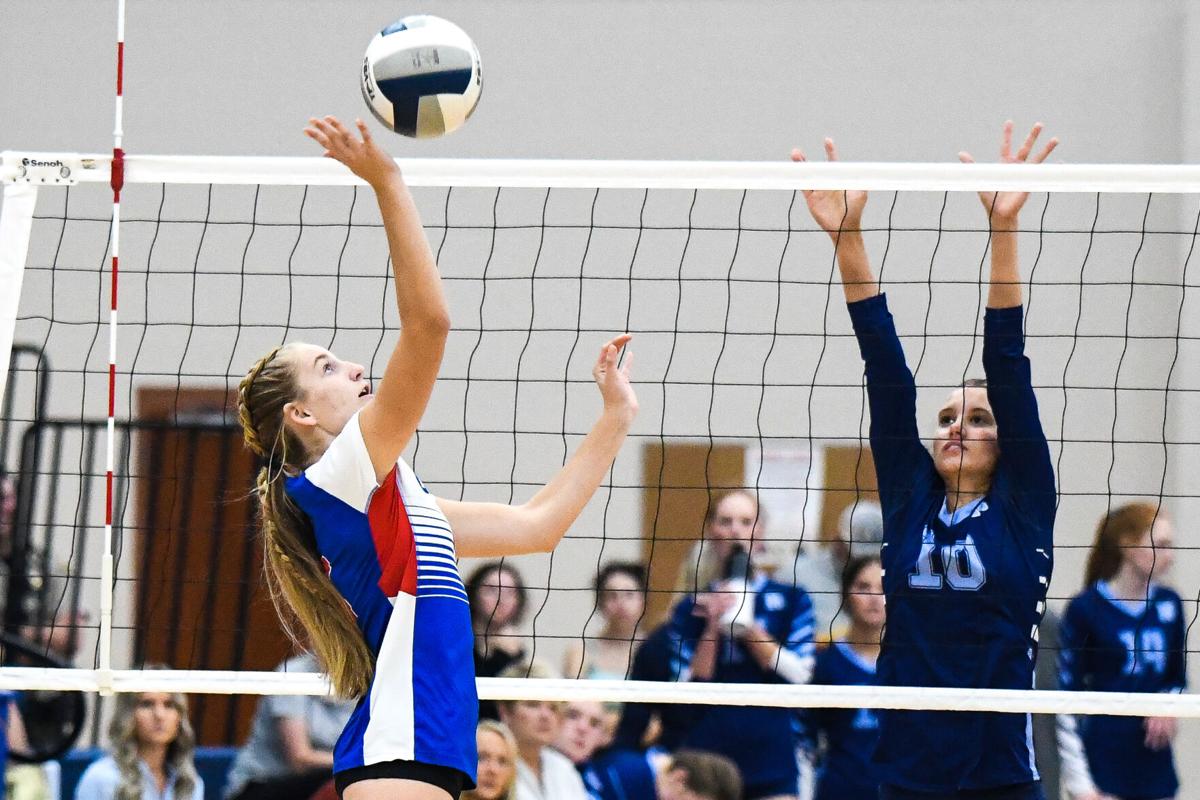 Camanche’s Miley Duritza attacks a ball during the Storm’s loss to Northeast Thursday.

Northeast’s Ellie Rickertsen tips a ball up over a Camanche block on Thursday during the Rebels’ conference win over the Storm in Goose Lake.

Camanche’s Maddie Sager sets up a ball during the River Valley matchup between Nrotheast and Camanche in Goose Lake Thursday.

Northeat’s Clare Mulholland passes up a ball during the Rebels’ win over Camanche Thursday.

Camanche’s Miley Duritza attacks a ball during the Storm’s loss to Northeast Thursday.

GOOSE LAKE – A local rivalry and a River Valley Conference matchup provided all the excitement Thursday night in Goose Lake, with Northeast topping Camanche in a 5-set thriller.

“I think our mentality really pulled through towards the end,” Northeast coach Rachel Diedrich said after the win. It was the first conference win for the Rebels this year. “Just keeping our focus on what we can control really helped us in the last game there.”

The Storm put up one of their best performances all season. They won more sets than they have in any other contest and were points away from their first RVC win.

“I’m very happy with how we played,” Camanche head coach Heather Clark said. “We’ve been hustling our butts off the last few matches. We recently talked about how we need to put it together for a whole match and I think they did pretty well with that tonight. Unfortunately, the outcome wasn’t what we wanted but I’m still very proud of the girls.”

It was a back and forth game from the get-go. The game was all tied up at 22-22, when Camanche senior Abby Beal placed a tip over the Northeast block. Camanche’s Ella Blinkinsop and Jamie Robertson teamed up for a huge block, and then the Storm finished off the first set with a win.

Camanche placed many tips and pushes over the Northeast block throughout the night that threw the Rebel defense into a flux.

“Camanche was very scrappy tonight, we commend them on that,” Diedrich said. “We have been working a lot on our passing and that’s been our biggest focus lately. We need to work on controlling our ball and being able to put it where we want it to go, rather than just throwing it up. We’re getting there. Slowly but surely we’re getting there.”

Coming out into the second set, Northeast garnered a five point lead with serving. The serves off of the hands of Clare Mulholland helped push Northeast ahead. They didn’t look back.

“Serving may have been our biggest fault tonight,” Northeast’s Diedrich said. “Those are easy points we give away. Once we got those serves more consistent, we saw a little bit more movement of the ball.”

Camanche’s serve receive continued to struggle the rest of the set, letting the Rebels tie the game 1-1.

“Every day we’re practicing how to score multiple points in a row and how to stop them from scoring multiple points in a row,” Camanche’s Clark said. “That’s been our goal the last few weeks. We need to get a side out first or within the first two points. On the sets we didnt win, we had too many opportunities thart we didn’t take advantage of that let them get ahead by a couple of points. Then we’re playing catch up.”

The two exchanged sets again – Camanche dominating the third set and then Northeast controlling the fourth. The excitement didn’t stop in the tie-breaking fifth set, with the Rebels squeaking by with the two-point victory.

Diedrich credits some defensive efforts along with the focus on her team near the end.

“We did have a couple people step up,” Diedrich said. “Crucially in the back row, Claire Empen stepped up tonight. We’ve been struggling, some key injuries, and she’s stepped up.

“Emma Kjergaard stepped in and made a couple key plays and Leah Mangelsen really helped us out quite a bit.

Clark wants the Storm volleyball team to keep building off of their play Thursday as they head toward the end of the season. She saw multiple things that impressed her, like Jamie Robertson’s defense or the block, and they’re starting to compete in a way they haven’t yet this season.

“I want them to know that they’re doing really good things,” Clark said. “I want them to be proud of themselves. Just because we didn’t come out with the win in this game, doesn’t mean they did bad things.”