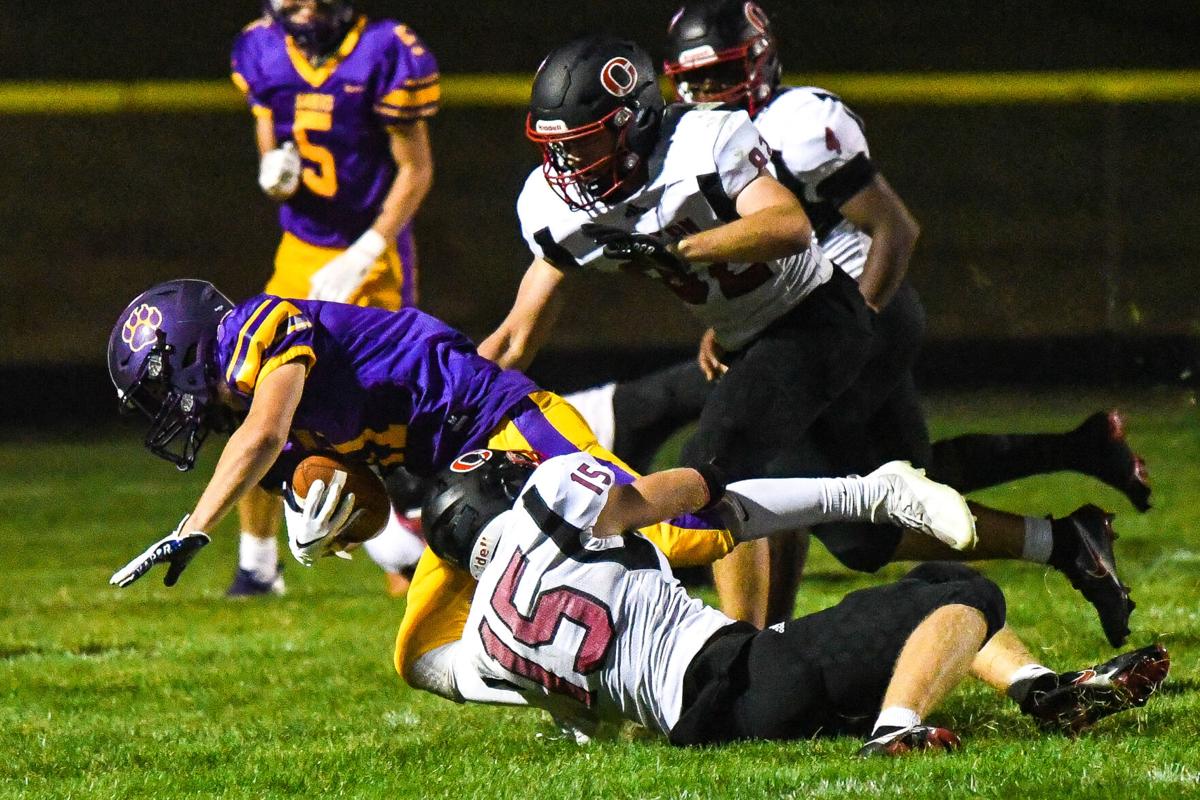 Clinton senior Devan Galant (15) and Seth Dotterweich (82) make a tackle during the River Kings’ loss to Central DeWitt in Week 3 of the 2021 football season. 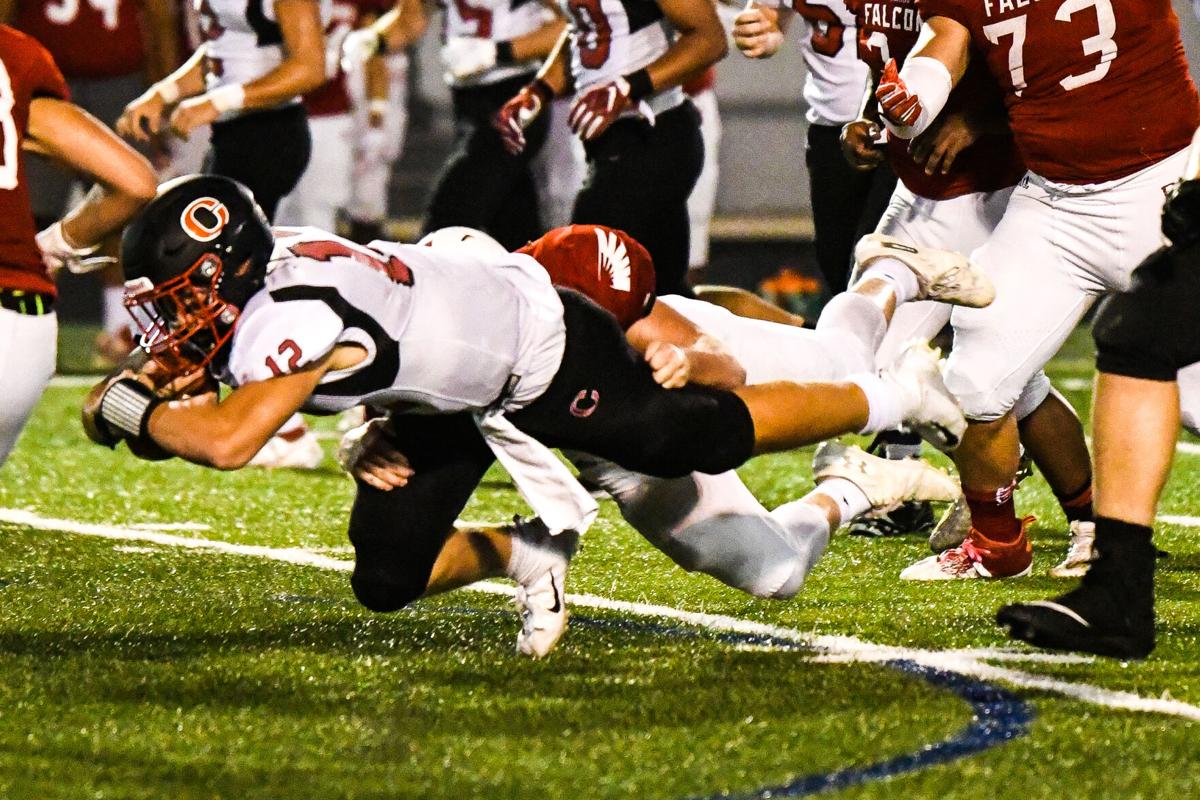 Clinton senior Jai Jensen dives for extra yards on a quarterback keep during Clinton’s game against Davenport West in Week 1 of the 2021 football season.

Clinton senior Devan Galant (15) and Seth Dotterweich (82) make a tackle during the River Kings’ loss to Central DeWitt in Week 3 of the 2021 football season.

Clinton senior Jai Jensen dives for extra yards on a quarterback keep during Clinton’s game against Davenport West in Week 1 of the 2021 football season.

It may not seem like much on paper or to the casual observer, and it certainly won’t go down in history books, but the Clinton football team has a concrete goal this season.

It’s been 24 games since the River Kings have been on the winning side of the final score. Almost three full seasons.

“It’s a milestone I would love to reach,” senior Jai Jensen said. Jensen has been the starting quarterback since his sophomore year. “We’ve never won a high school football game, once we get that one win our heads our going to be high. The town will believe in us.”

It’s been a long three years for the senior class, but that one win is something that they know they need to accomplish before taking off a River King jersey for the last time.

In Week 3, the River Kings were tied with Central DeWitt at the half. A shaky third quarter let the Sabers pull away with the eventual win but the Clinton football team did something they haven’t been able to do for a while – they competed.

“It felt good to know we played well and kept the score close at halftime,” senior linebacker Devan Galant said. “Obviously not the outcome we wanted, tough third quarter, but it was definitely something we could take and work on.”

And Jensen: “All of us are coming together finally. A lot of us have played three years of varsity and this is what we all wanted to expect as seniors. Now we’re all finally competing in games, putting up points and making big stops on defense.”

Many of the senior athletes on the field now started playing at the varsity level when they were underclassmen. Taking on Class 3A football as a sophomore is an intimidating thing.

The next year was a head coach transition and another year of getting knocked around.

Back for year three the River Kings have experience, they have grown in size, and they have a number of athletes that are making plays regularly on the field.

“We’ve always had the skill players, now our offensive line is returning a lot and it’s all coming together,” Jensen said. “We have a lot of fast guys that get up and down the field and play both sides of the ball.”

Jensen himself has thrown for over 500 yards through the first three games, rushing another 96. Tavian Bailey and Ajai Russell have both had nice showings at runningback as well. Junior Addision Binnie and senior Zach Connell have been the favorite targets for Jensen with over 160 yards each, and Devan Galant has caught nine passes for 83 yards.

The defense has seem miles of improvement as well, and their energy is often palpable from the stands. Galant is currently leading the defense with 17 tackles, but senior Nate Beeler is right behind him, Binnie and Russell have over 10 tackles for the Kings as well, while Bailey and Russell have combined for three sacks and six tackles for a loss.

“I think the difference has been the amount of work we put in at practice,” Galant said. “We work on the most successful way to stop whatever offense is coming against us. [Our energy] is what makes us play at our best when we get those close downs, those third and fourth downs, we’re hyped.”

Even if you’re ignoring the athletic improvements, the one thing that the last three years has taught the senior class is the importance of sticking together as a team. It’s been a long three years to say the least, and it’s taught the River Kings a lot about the people they’re taking the field with every Friday night.

“We’ve been playing together since elementary school and we have so much chemistry on the team,” Galant said. “We all want to contribute to the team and break the streak of 24. We really do it for Clinton.”

The River Kings want this one, and they want it bad.

The last Clinton win came in the 2018 season in week four against Wahlert Catholic.

Whether the River Kings pick up a victory this season or not, the senior class has taken pride in the last three years. They’re no strangers to success, seeing it in sports like track and baseball throughout their careers.

Even though that success didn’t necessarily come on the gridiron, they want to leave the program and the town with one thing.

“We never gave up,” Jensen said. “Even though we may have lost, even if everything didn’t go our way. We worked really hard to get here.

“We never gave up. Even through the rough, we knew we’d get out of it.”