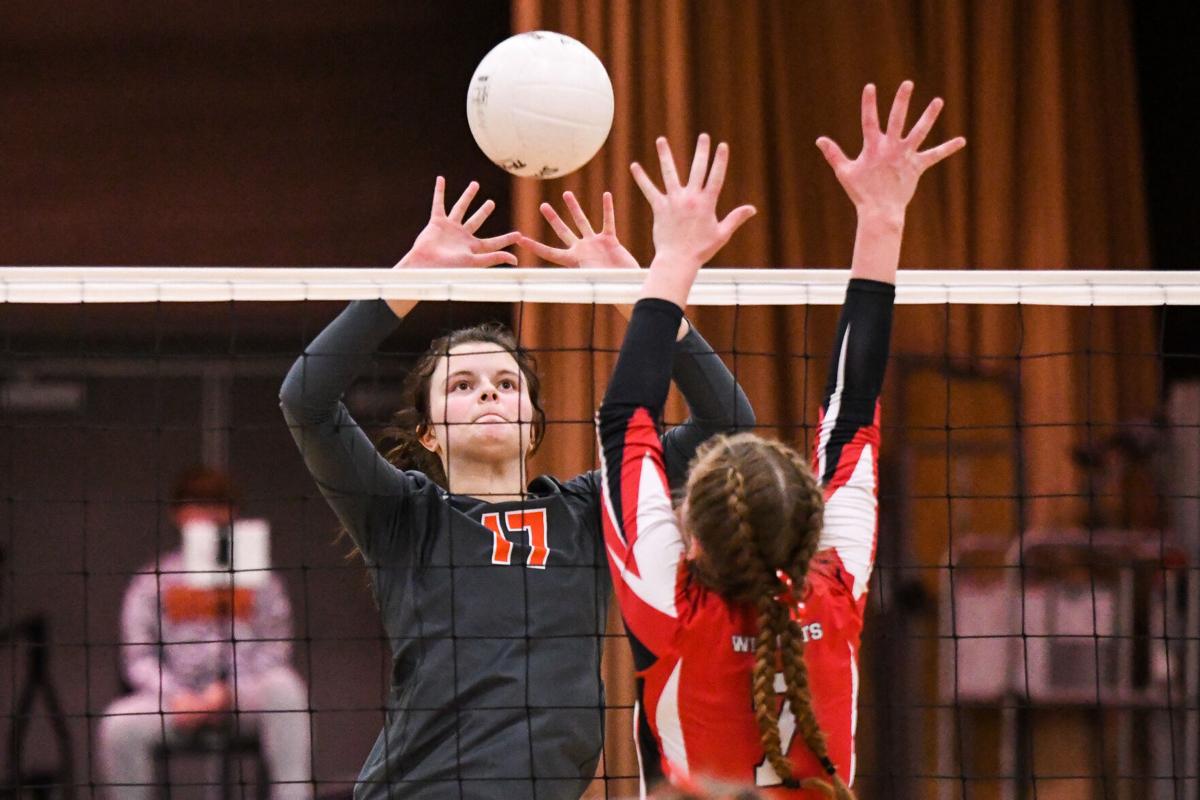 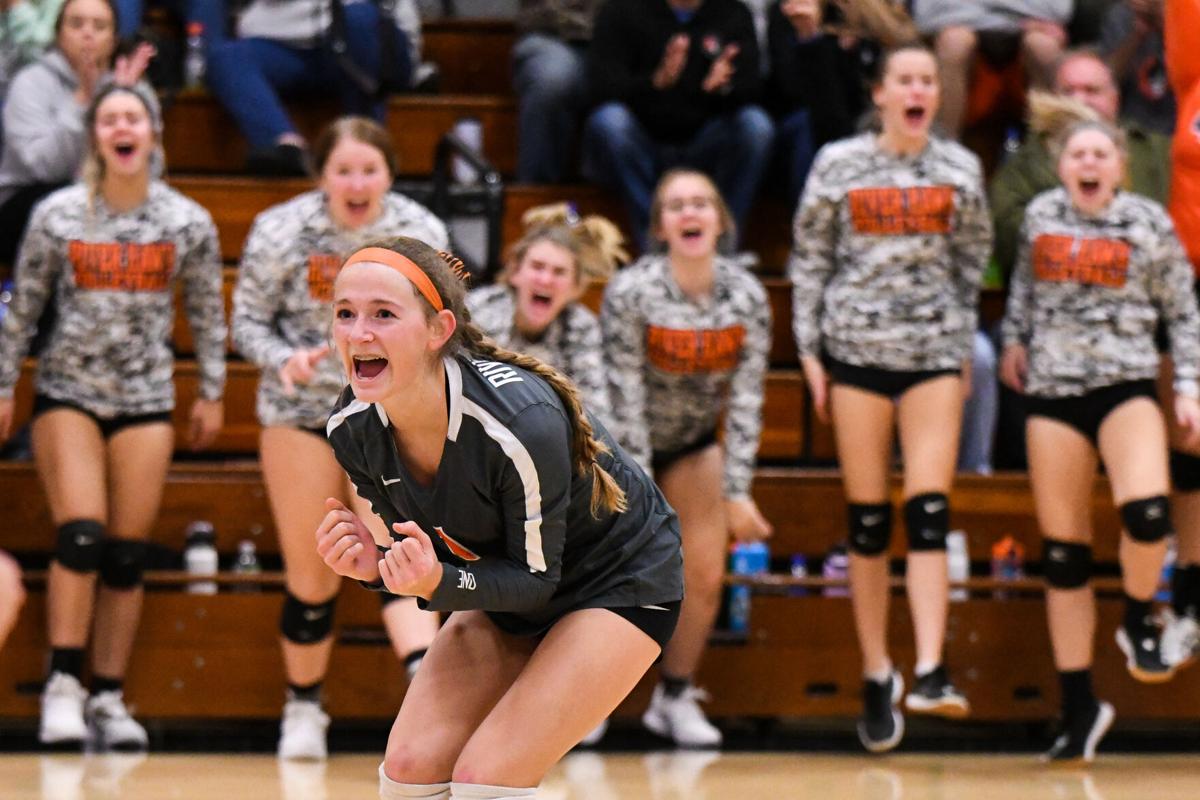 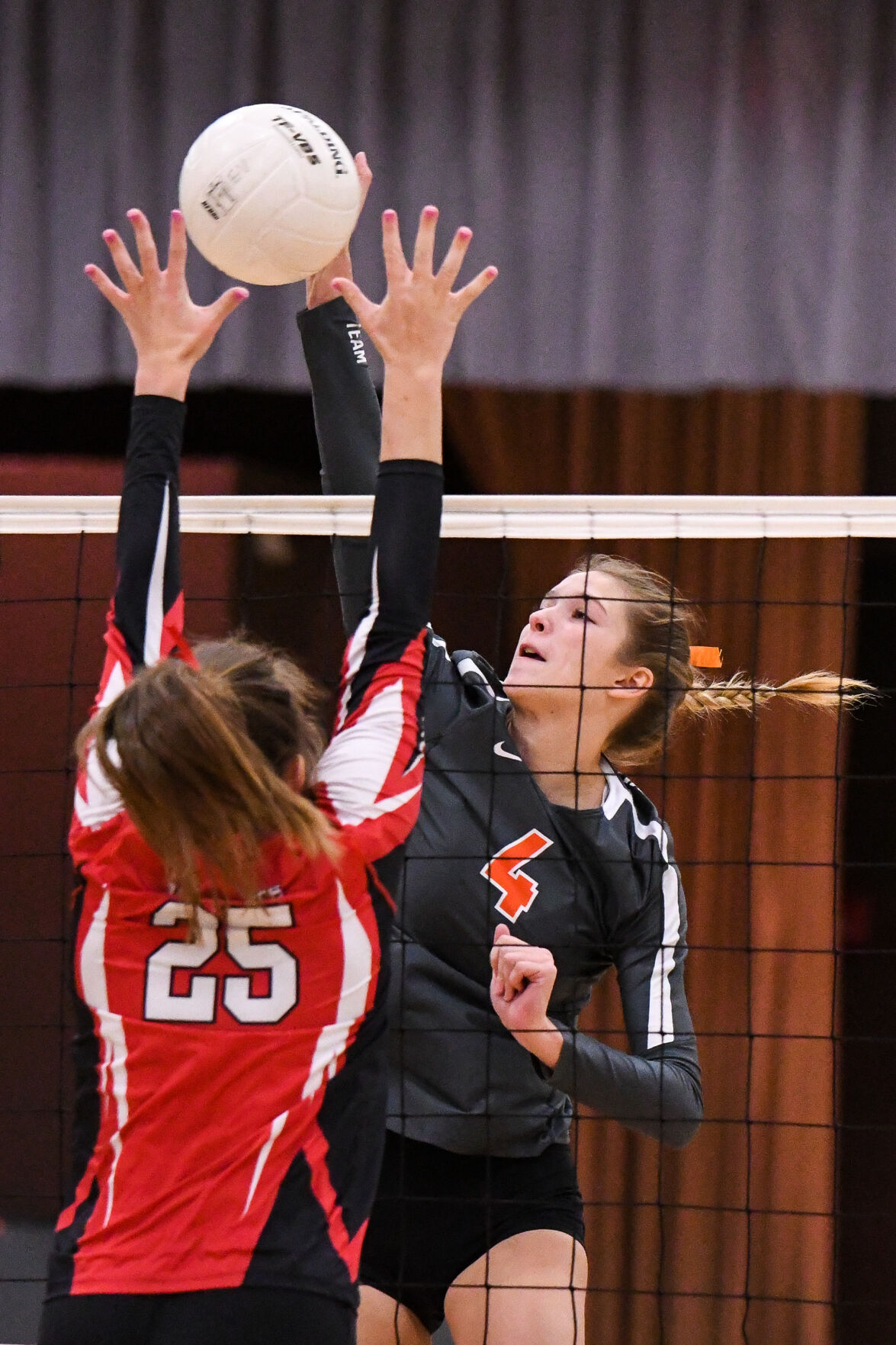 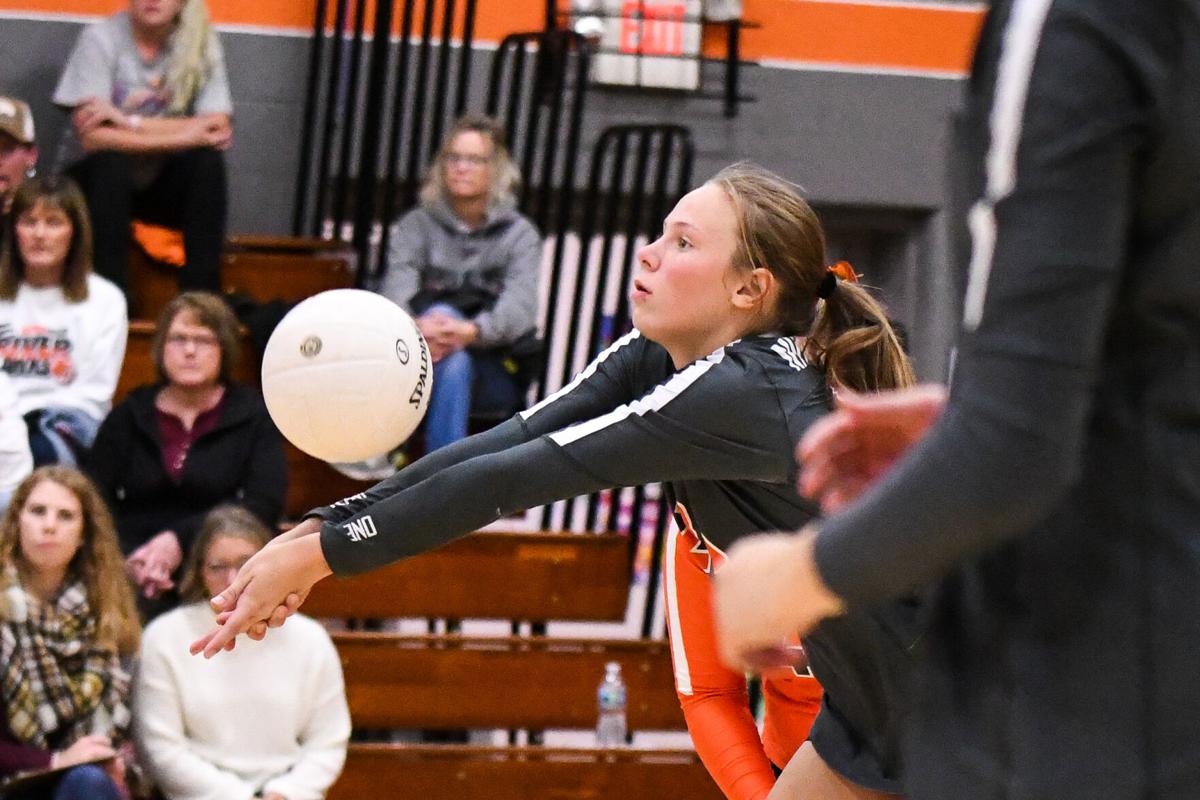 MILES – With a two-point lead and a surging Central City across the net, Easton Valley head volleyball coach Denise Larson called a timeout.

“She said you’re fine, you know what you have to do,” senior Kaitlyn Kuhl said. “Keep fighting. She just gave us that little break we needed to throw them off and get us going again.”

The River Hawks came out and sent a set to the right side of the court where Kuhl put the ball away. She went back to serve, and the Wildcats returned it with a hitting error to the outside.

“It was definitely nerve-wracking,” Kuhl said. “But I knew I could do it, so it was a big point for me.

“This means a lot for us. I feel like we’ve earned a lot of respect from our community and the school that’s supporting us. It’s a big accomplishment for us as a team.”

It finalized the River Hawks’ 3-1 win over Central City on Monday night in the Class 1A regional semifinal game in Miles.

“We pulled through,” Kuhl said. “We did what we needed to do.”

The River Hawks started that fourth set behind 8-3. Still, they stayed calm and started a slow and steady march back into the game.

Two straight kills from Kuhl tied the game up 11-11. Kuhl ended with a team-high 17 kills.

The River Hawks took their momentum and went on a 7-2 run and kept it going until the final whistle blew.

Easton Valley won the last three sets of the night after dropping the first one. Even though they lost Set 1, the River Hawks came out with plenty of confidence in the second.

“After that first set [Denise] Larson just told us hey, you’re not playing to your potential and you’re still hanging with them,” Kuhl remembered. “Imagine what it will look like if we do play to our full potential. That really kick it in for us and got us going.”

They rolled to an easy win and harnessed all the energy in the gym.

Net play was super smart on the orange and grey side. Multiple blocks from the front row, big swings from Kuhl and Mikayla Mitchell and Hadley Farrell, and smart tips over the Wildcat block had them rolling and excited.

Easton Valley finished with six blocks on the night, two from Aleah Johnson and two from Renee Hartung.

The only place the River Hawks struggled was the short tips. The middle of the court and right behind the block was where the Wildcats picked up a lot of their points, the River Hawks just falling short of the digs.

“I think we were a little slow on our feet at times,” Kuhl said. “There were some nerves in the first and second sets especially. We weren’t getting there or reading it.”

The third set started close once again, but a huge swing from Mitchell evened the game at 10-10. Mitchell had 14 kills on the night.

Long rallies and diving plays continued, and the River Hawks were patient. They limited errors on their side and kept their composure to take the 2-1 lead.

“It’s a whole different game when we’re reading the blocks and we all know what’s happening,” Johnson said. Johnson had seven kills on the night. “The line was open, right short in the middle was always open.

“Our teamwork was just amazing tonight. I just felt like everybody had my back.”

Kuhl ended with 22 digs and Kylee Ready had 15. Both Hadley Farrell and Hartung had 10 a piece.

The River Hawks (21-8)move on to the regional final, taking on No. 1 state ranked Burlington Notre Dame. Notre Dame. The Nikes come in 34-8 after sweeping Winfield Mount Union 3-0 on Monday. The winner will move on to the Class 1A state tournament.