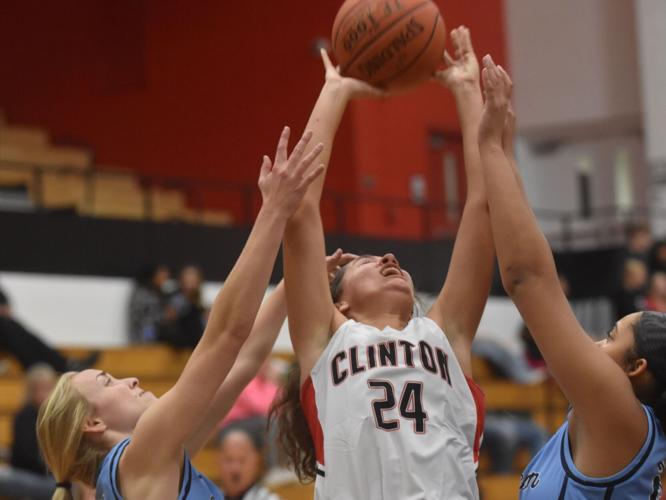 Clinton senior Veronica Ramirez fights through contact to score a bucket in the River Queens 56-22 loss against Cedar Rapids Jefferson on Monday night. 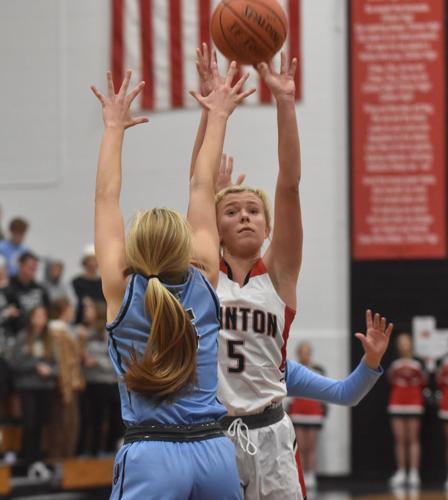 Clinton senior Veronica Ramirez fights through contact to score a bucket in the River Queens 56-22 loss against Cedar Rapids Jefferson on Monday night.

CLINTON – The River Queens could not slow down Cedar Rapids Jefferson on Monday night as they lost their opening night game, 56-22.

Emma Riessen put Clinton on the board first with an early three pointer. Junior Natalie Davenport found herself in some early trouble, recording two fouls within the first four minutes of the game.

Clinton held their final lead of the game 5-4. After that point the J-Hawks began to take over.

Madie Denlinger made three three-pointers for the J-Hawks in the first quarter to lead all scorers with nine points. The River Queens trailed 17-7 after one quarter of play.

Denlinger hit another three to begin the second quarter. The interior defense of Clinton began to wear down as they let a couple of easy buckets inside the paint. Carryn Sattler scored the River Queens first points of the quarter to make it a 24-9 ball game.

Senior Veronica Ramirez fought her way to the basket to get another River Queen bucket. Alex Tucker followed that up with a nice bucket of her own to bring Clinton within 11, 24-13.

The River Queens were shut out the rest of the half and the J-Hawks went into halftime up 30-13.

Junior Kanijah Angel was in foul trouble the majority of the second half and did not get much playing time.

The J-Hawks went up 20 points thanks to another Denlinger three pointer as they took a 33-13 lead. The lead kept growing and Clinton could not find an answer as they were struggling on both sides of the ball.

Clinton got their first two points via free throws from Riessen. They ended up only scoring three points in the quarter and they trailed the J-Hawks 46-14 at the end of three quarters.

The J-Hawks pulled their starters early in the fourth and they picked up the win over Clinton 56-22.

Tucker led the River Queens in scoring with seven points. Ramirez and Riessen were right behind her with five each. Denlinger led all scorers with 18 points.

Clinton will be back on the hard wood next Tuesday at Pleasant Valley.