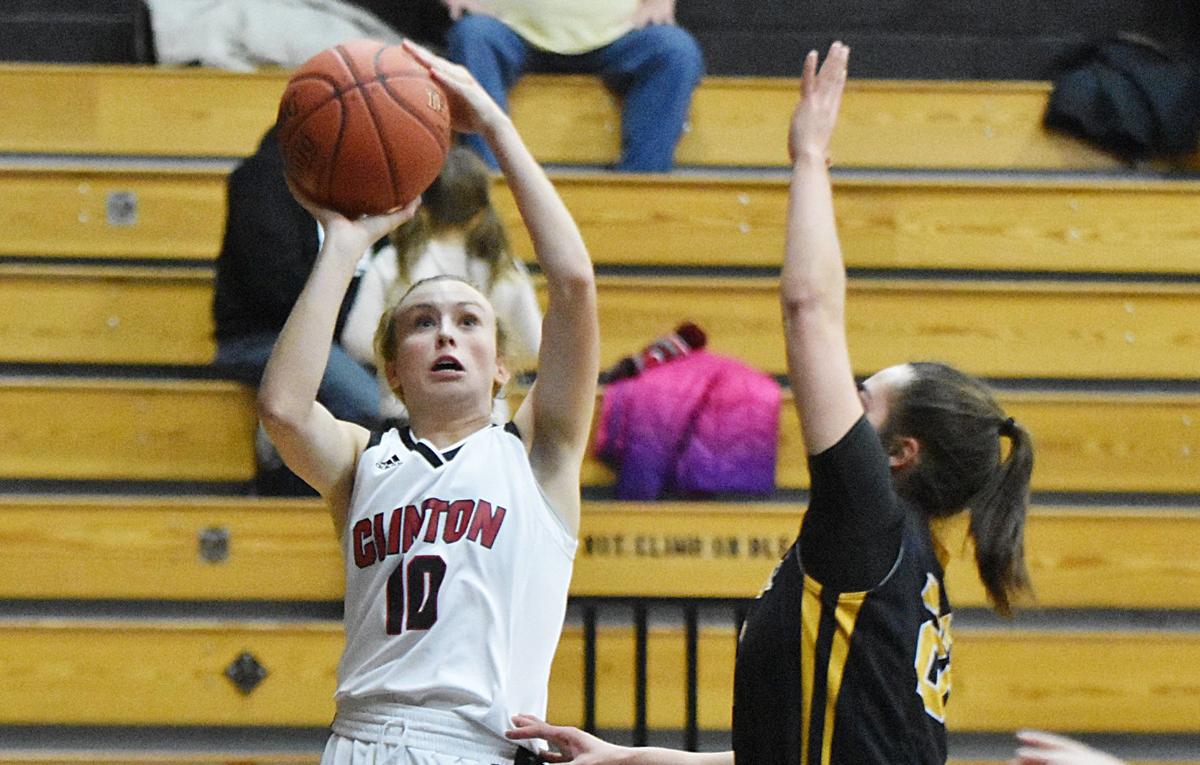 Clinton’s Jamie Greenwalt takes a shot from the block during Clinton’s loss to Bettendorf Friday night at home. 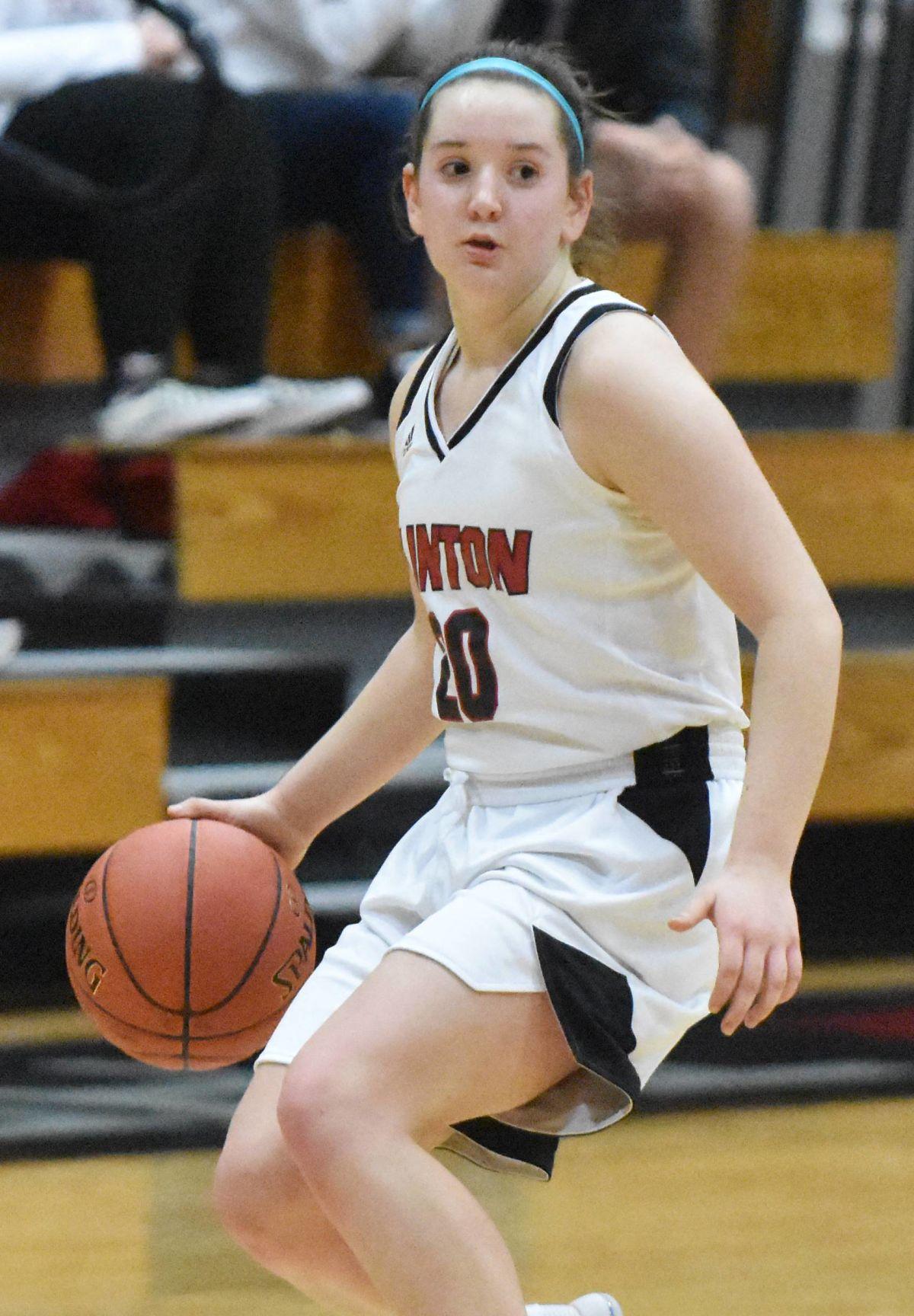 Clinton’s Rylie Mussman slows up her dribble in the back court, looking for a pass to the middle on a press break against Bettendorf. 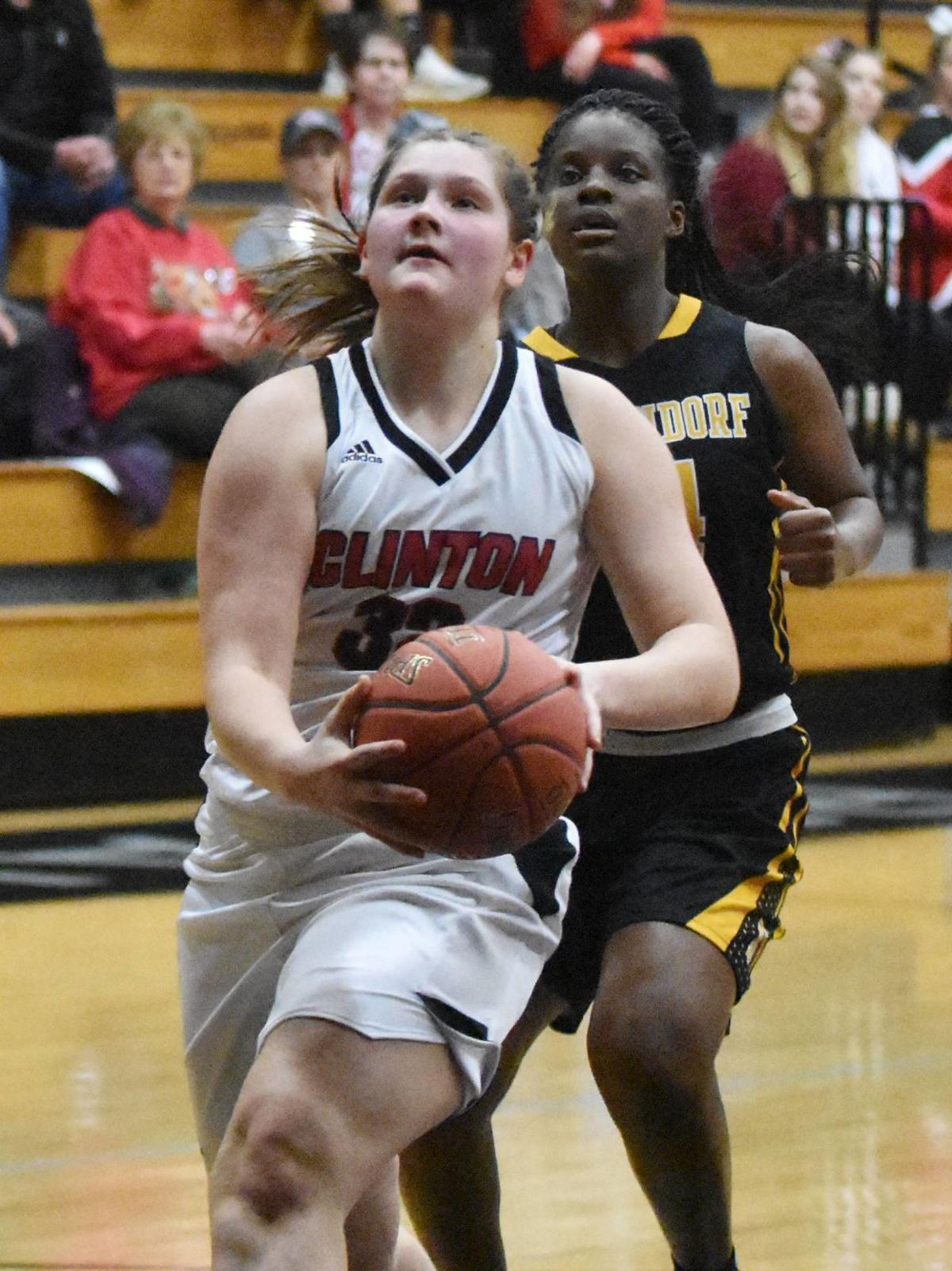 Clinton’s Makenzie Cooley looks for a layup on a fastbreak.

Clinton’s Jamie Greenwalt takes a shot from the block during Clinton’s loss to Bettendorf Friday night at home.

Clinton’s Rylie Mussman slows up her dribble in the back court, looking for a pass to the middle on a press break against Bettendorf.

Clinton’s Makenzie Cooley looks for a layup on a fastbreak.

CLINTON – The Clinton River Queens have a big obstacle ahead of them: competing.

In addition to being winless, the River Queens haven’t quite found a way to compete in the Mississippi Athletic Conerence yet. Their closest conference game was a 10-point loss to Muscatine – their biggest loss a 55-point loss to state-ranked North Scott.

Friday night at Yourd Gymnasium proved a similar story to much of their year. A turnover-ridden game ended in a 48-26 MAC loss to Bettendorf, the 9th straight.

The River Queens were competitive for the first eight minutes of play. With Makenzie Coooley breaking to the middle, Clinton was breaking the Bettedorf press easily.

They were also getting defensive stops. That helped them keep within striking distance, trailing just 9-4 with a minute to play in the first quarter.

That’s when the Bulldogs found some rhythm. They ended the last minute of the first quarter with a 5-0 run, taking the double-digit lead into the second.

And they held on to that. They started heating up from the outside, draining plenty of long shots on the River Queens.

They also started clogging up the middle on the press, leaving the River Queens stranded in the back court and looking for passes. Turnovers ran rampant.

Clinton’s defense did plenty of work in the lane, clogging things up and avoiding points in the paint. The outside shooting was what ran up the score, leaving them trailing 32-8 by the halftime buzzer.

“It’s just getting in shape and knowing who you’re guarding and what their tendencies are,” Marx said. “It’s all part of how we’re growing right now.”

Twenty-one turnovers in the first half didn’t help either.

The River Queens cleaned things up a little bit in the second half and got some offense rolling against the Bettendorf bench, but never quite had the rhythm they were looking for.

A lot of turnovers came on attempted passes into the post. Both Makenzie Cooley and Michelle Powell had good position on the block, the ball just couldn’t find their hands.

“We know that Cooley [is there],” Marx said. “It’s just our guards not getting tired, seeing the inside, staying composed and learning how to make the right pass.”

Elle Davis ended with 11 points for the Quens, while Makenzie Cooley put up another eight.

The River Queens (0-8) have a long break until Jan. 7. That gives them time to refocus. Along with working on some of the conditioning aspects that have affected them late in games, they’re going to start pushing themselves before starting the rest of their schedule

“We’re going to take some time off for family,” Marx said. “Then we’re going to have some dual teams with other teams, because our JV can’t push our varsity right now. I’m very excited to see them pushed.”