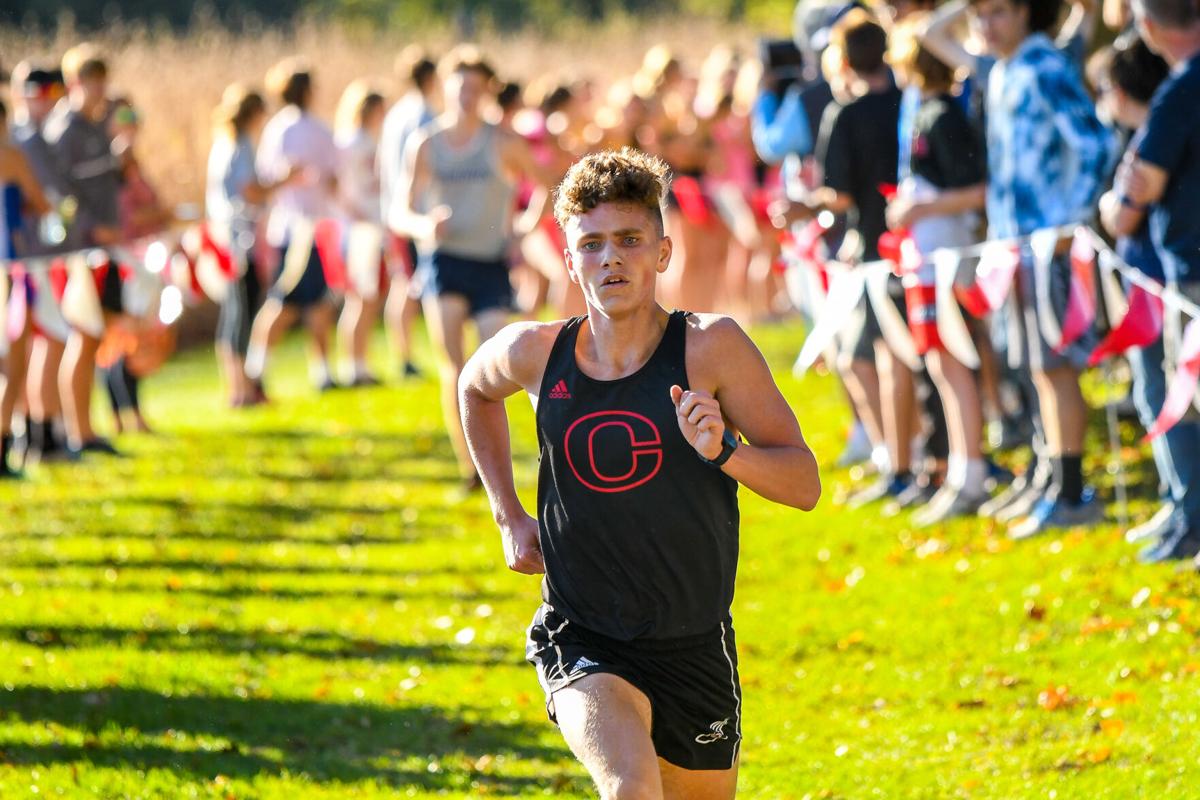 Conner Sattler runs towards the finish line at the Mississippi Athletic Conference Championships at Scott County Park in Eldridge on Thursday. 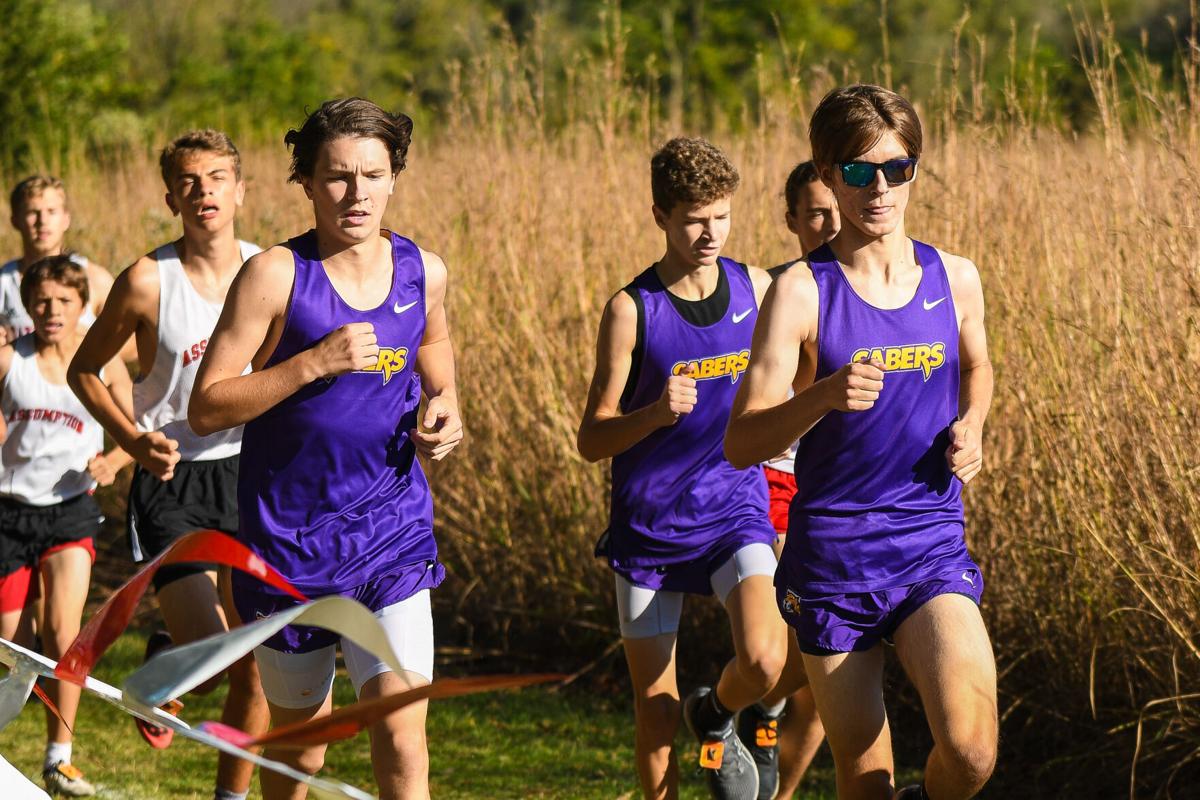 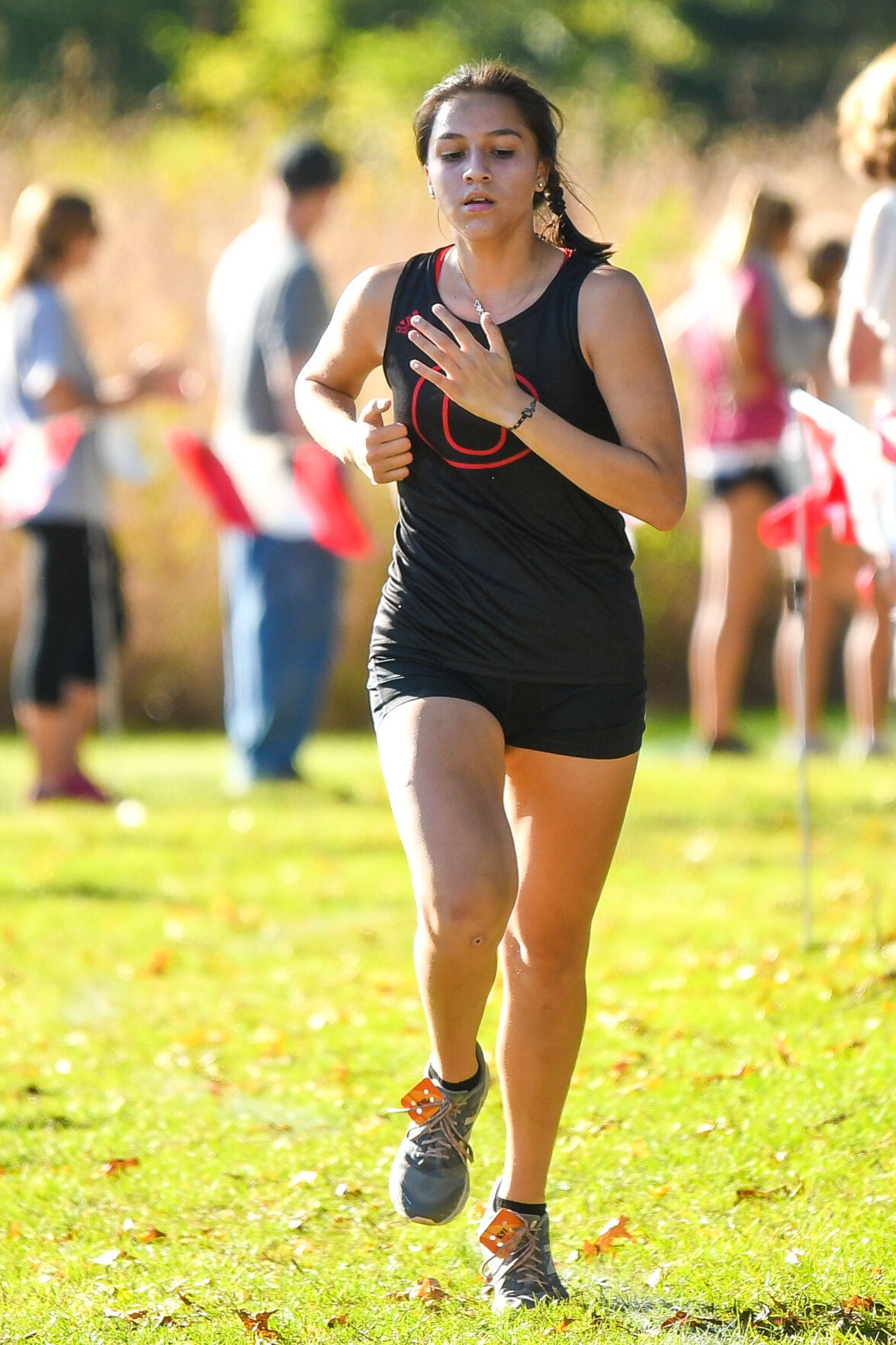 Sofia Tello runs during the varsity girls race of the Mississippi Athletic Conference Championships on Thursday.

Conner Sattler runs towards the finish line at the Mississippi Athletic Conference Championships at Scott County Park in Eldridge on Thursday.

Sofia Tello runs during the varsity girls race of the Mississippi Athletic Conference Championships on Thursday.

ELDRIDGE – Even if a Mississippi Athletic Conference crown was never the end goal, it was a big day for the Clinton River Kings and Queens at the MAC Championships at Scott County Park on Thursday afternoon.

The Kings and Queens came away with two all-conference runners – one on the boys side and one on the girls.

The River Kings finished sixth as a team overall. Conner Sattler was the top finisher, crossing the line 11th for the Kings. That’s good for second team all-conference.

“This was something I dreamed of and wanted to accomplish in my running endeavors for Clinton High,” Sattler said.

“What we say is that you can control your effort, your attitude,” Sattler said. “I think we did well as a team today. We gave it our all today.”

“I competed the best of my ability and that’s really all I wanted to do,” Buer said. “Our goal was really just place as high as we can. Even though it’s not a championship or anything like that, it’s not just about winning. It shows good things about our program, increases our pride in our school and ourselves. It’s showed the hard work we’ve put in.”

Following Buer were Luke Jennings and Riley Mercado, both collapsing at the finish line. Jennings clocked in at 18:49 and Mercado at 18:50. Buer, Jennings and Mercado crossed consecutively for the River Kings.

“Our guys have been pushing themselves to the limit,” Buer said. “They’re pushing through the pain and we’re all there to push each other. They’re so committed to the team.”

And Sattler: “As a team, I know that they’re there for me, I’m there for them. When it gets tough you’re running together. Today, that really pushed me. I got to a point where I was hurting really and I didn’t know if it was worth it, and then I thought of the other guys I’ve worked with the last four years.”

For the girls, sophomore Camryn Sattler finished sixth overall. She crossed the finish line in 19:34

“I think I’m at the perfect spot at the perfect time,” Sattler said. “All my training and hard work is paying off. I was so happy, and this race made me so confident for next week, I could not be more excited.”

Not far behind were teammates Abby Struble (22:02) and Madelyn Robinson (22:11), who finished 26th and 27th respectively. The finishes helped Clinton finish sixth as a team.

“It’s really crazy that this is my last conference meet,” Struble said. Struble is a senior and a captain for the Queens. “I’m really proud, everyone has been working hard all season and it’s paying off.

“I’m especially happy with how [Madelyn Robinson] and I finished right together, because we’ve been working hard to stay together all season. It’s very helpful during the race ... it helps knowing that your teammate is there to keep you going.”

Sofia Tello clocked in at 23:47 and Amara Shepard was right behind in 23:55. All six runners for the Clinton girls came in the top 50 finishers. The Queens were just 10 team points out of a fourth place finish in the MAC.

“I know that especially my goal was to just not leave anything behind,” Struble said. ‘Especially with just one meet left in the season it was so important to just go for it. We were focusing on catching jerseys and times instead of where we finished.”

And Sattler: “I’m so proud of my team. This year, we’ve become so close. Our girls team is like a bunch of sisters. We’ve really pushed each other in practice and the competition here today helped push us farther.”

The Sabers also competed on Thursday afternoon. The top finish for the Sabers came on the boys’ side from Ben Zimmer. The sophomore came in 18th place with a 18:00 flat.

Caleb Olson finished in 18:44 and Jackson Kutka came across the finish line in 19:43. The Sabers finished ninth as a team.

Blount clocked in at 17:54, good for the fifth place finish. The boys finished in sixth place out of eight teams at the conference meet.

On the girls’ side, lone runner Madison Schnier finished in 26:01 for 20th place overall.