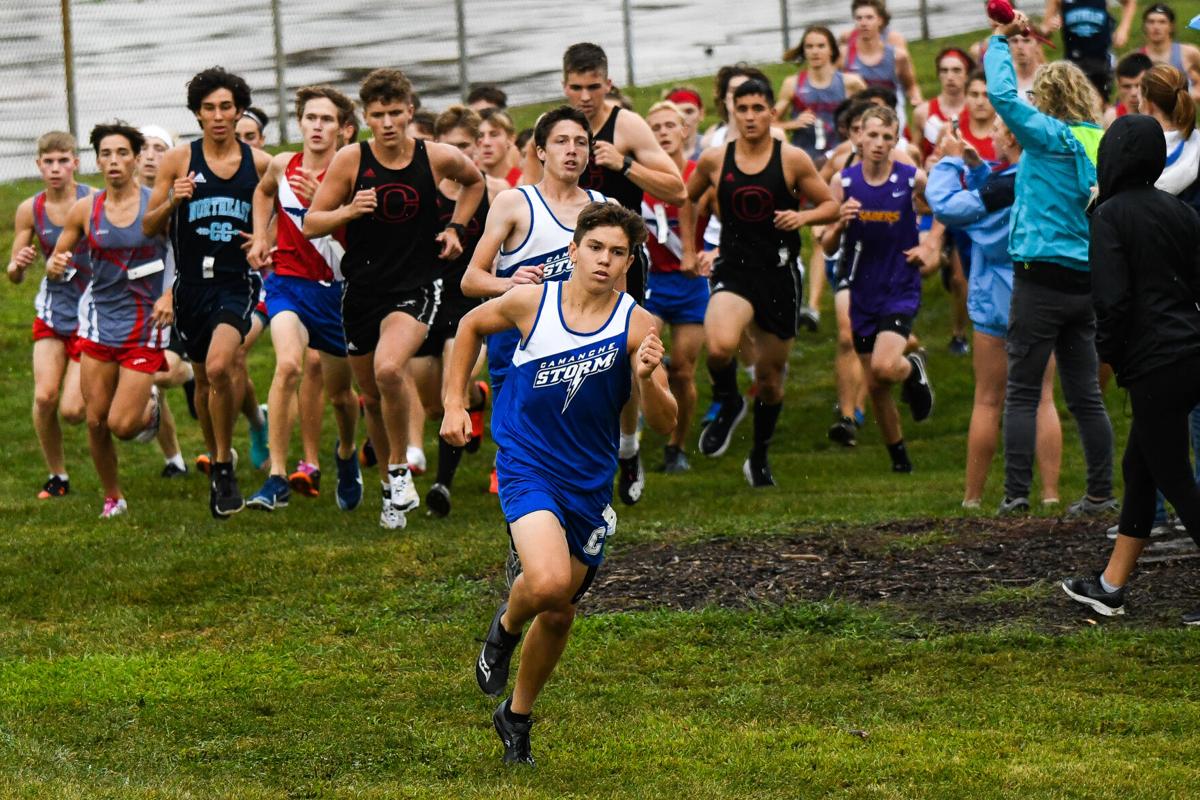 Camanche’s Andrew Butt leads the pack of varsity runners on Tuesday afternoon at the start of the race at the Schoolhouse Open. Butt ended ninth overall for the Storm. 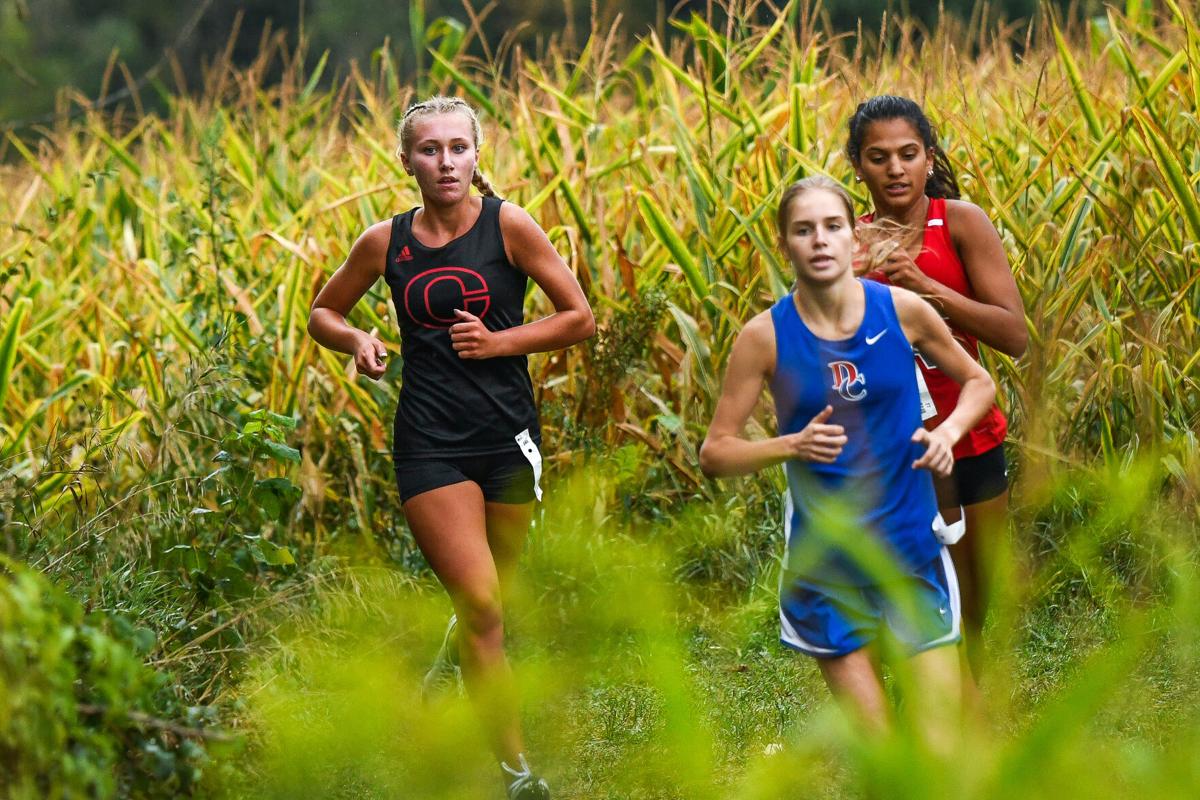 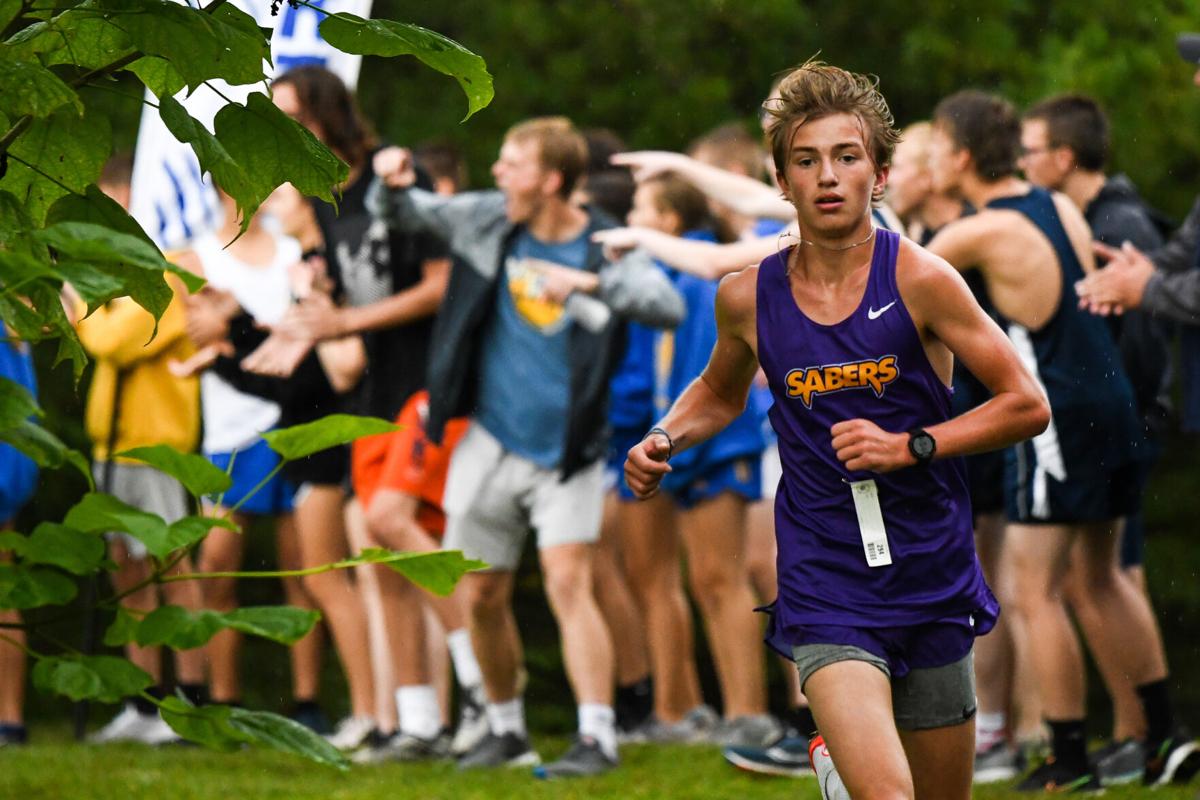 Central DeWitt’s Ben Zimmer runs at the School House Open, where he would end up in seventh place in the varsity boys’ race. 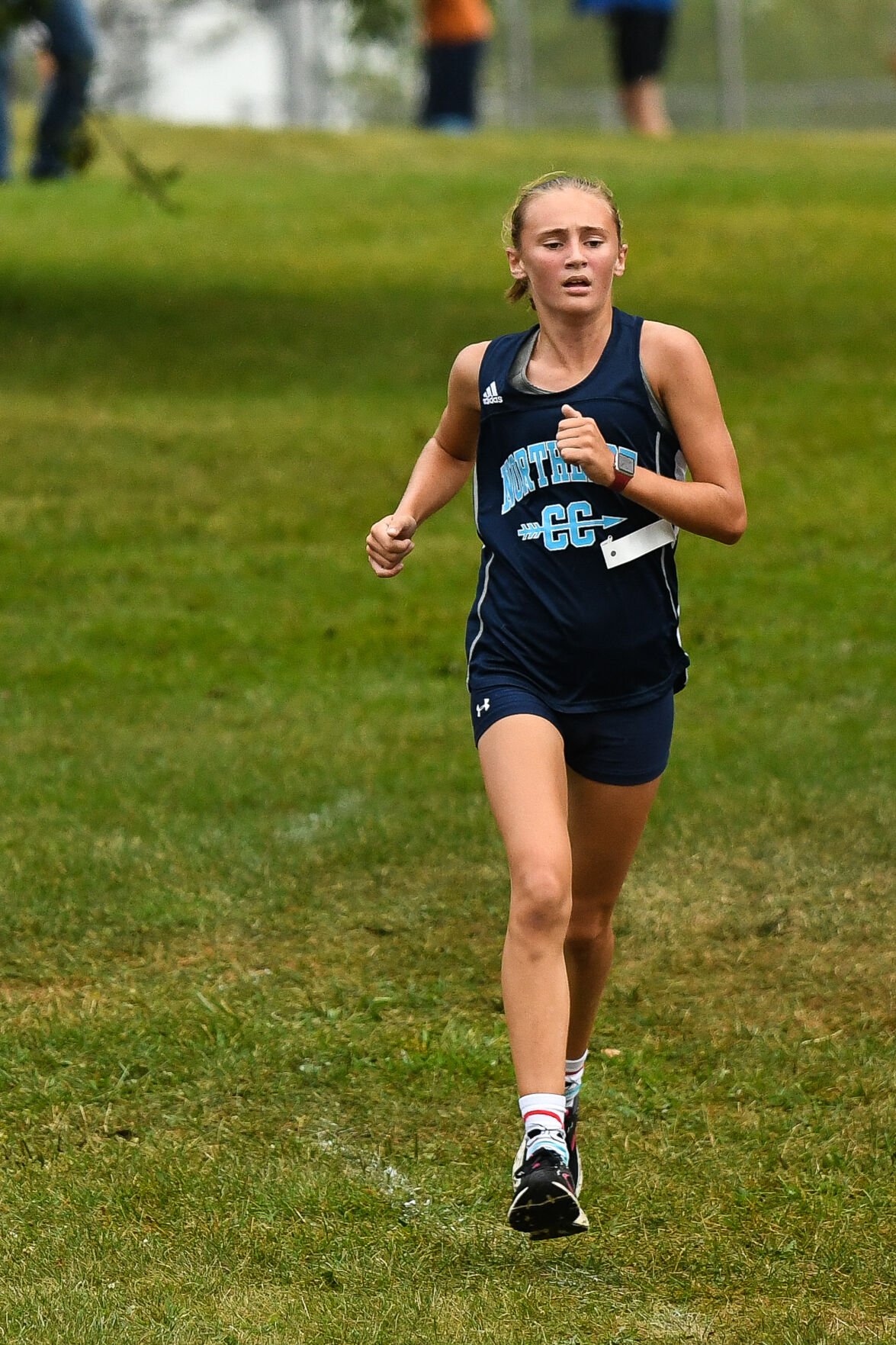 Jeorgia Neumann runs at the Schoolhouse Open on Tuesday.

Camanche’s Andrew Butt leads the pack of varsity runners on Tuesday afternoon at the start of the race at the Schoolhouse Open. Butt ended ninth overall for the Storm.

Central DeWitt’s Ben Zimmer runs at the School House Open, where he would end up in seventh place in the varsity boys’ race.

Jeorgia Neumann runs at the Schoolhouse Open on Tuesday.

CLINTON – Some of the first cross country competition of the year produced some good results for local athletes as they got their first taste at the annual Schoolhouse Open at Emma Young Park.

The afternoon was about as good of weather as the area got on Tuesday, sitting in the mid-seventies most of the day with just a slight drizzle. The heavy rain didn’t begin until after the meet wrapped up.

As soon as the two JV races wrapped up, the varsity took off. Schools ranged from larger Mississippi Athletic Schools like North Scott and Davenport Central down to Class 2A Northeast and Camanche.

State-qualifier Camryn Sattler kicked off her sophomore campaign with an impressive runner-up finish. Sattler was running behind Davenport Central’s Hannah Ford and North Scott’s Faith Nead for most of the race, but passed Nead in the final stretch to finish second with a 19:49 time.

“I never gave up the whole race and that’s what our team is really working on,” Sattler said. “Pushing the whole way and not giving up. I think I executed that very well.

“My brain was telling me to slow down but I knew the race was close and I knew I could do it. The coaches were telling us this race to take chances, take risks. That last mile there was a hill that my coach said to really push, and I did.”

Teammate Abby Struble came in the top 20 as well, with Madelyn Robinson close behind.

“Our team is really working towards making sure we’re fresh near the end of the season,” Sattler said. “This is the hardest our team has worked, the closest our team has been. We’re a big family and I think we can do big things this year.”

The Northeast Rebels impressed with three finishers in the top 15 even though they were one of the smallest schools present. Leading the pack was Cenady Soenksen, who clocked in at 20:53 just inside the top ten.

Soenksen wasn’t confident heading into the race, but was happy with the performances.

“I was feeling like I was having trouble at practice so far,” Soenksen said. She’s been a state qualifier for the Rebels in the past. “Doing this well made me really happy.

“Hills are what I’m good at, so every hill I made it a goal to pass a couple people. That’s how I gained where I was.”

“We want our team to do really well this season,” Soenksen said. “We wanted to come in bam, bam, bam and that’s exactly what we did.”

“I felt pretty good,” Zimmer said. “I was dealing with some issues at the beginning of the season so it felt good to see 18. I was happy with the race.

“When everybody started to slow down, you could see the top pack start to move. We just want to keep those PR’s coming. Most of our varsity are freshman, we have a lot of improving left to do.”

Camanche’s Andrew Butt started out fast with the lead pack, finishing ninth in 18:22.

“The plan was to maybe get a win here today, I wasn’t sure what the teams had coming in,” Butt said. As a Class 2A school, Camanche and Northeast were among the smallest competitors. “My plan was to start off in first so I didn’t have to fight for the position I wanted. Some of those bigger schools have some kids that surprised me, and I did what I could.”

Butt is a returning state qualifier for the Storm.

“I’d like to improve,” Butt said. “It’s a harder course so the the time wasn’t a concern, but I want to improve on that a lot and place higher in some of those bigger meets.”

The home team came away with an impressive team effort, finishing three in the top 20.

“At the end of the second mile, Coach said right there, you have to take that risk,” junior Luke Jennings recalled about the race. “Right there I thought this is doable. It will hurt, but you have to go for it.”

The top finisher for the River Kings was Jennings, finishing tenth overall.

“I’m super happy with our team,” Jennings said. “It’s such a great group of kids, and I know that everything I’ve gotten better for, I owe it to them.”

Northeast’s Daniel Rowland finished just outside of medal contention in 11th, crossing the finish line at 18:32.

“It was good for our first meet,” Rowland said. “I know I feel good, everyone ran well and everyone pushed themselves. Definitely a good first race. I know we’re just going to build from here.”

“For being the first meet, getting the places we did, I would say this sits pretty good,”Rowland said. “We ran against some pretty tough runners and we excelled.”