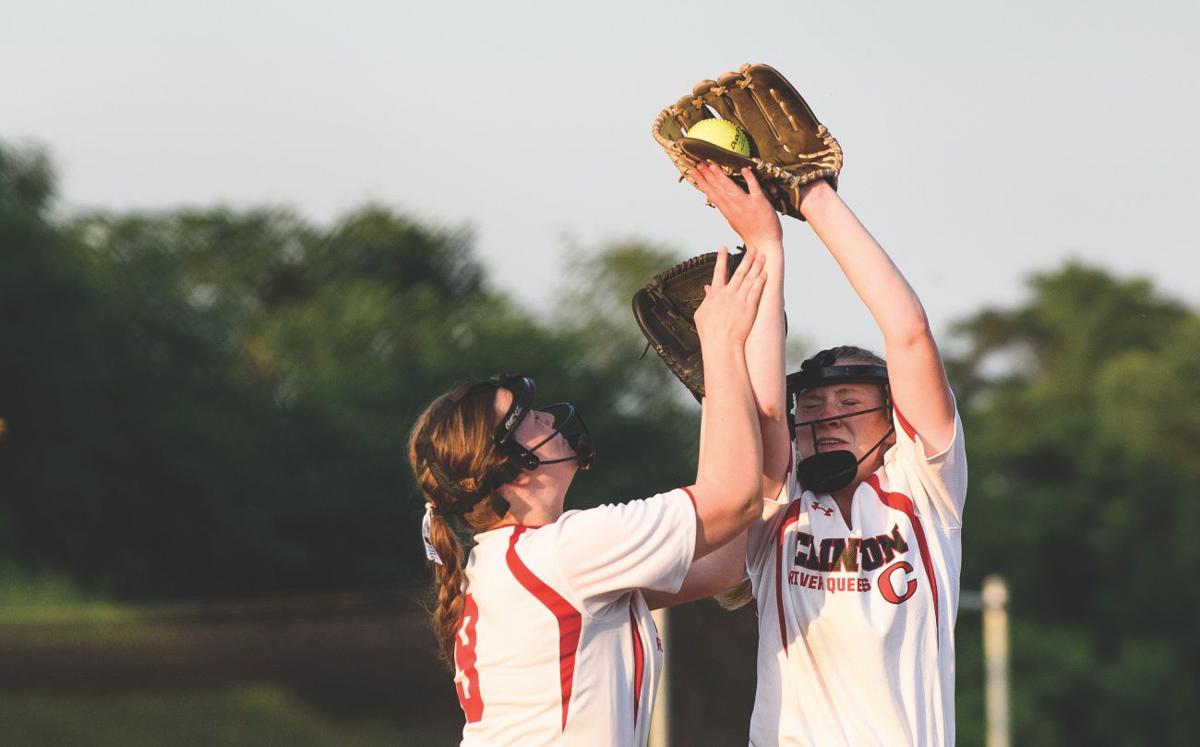 Clinton pitcher Natalie Dornbush (2), right, catches a pop fly before third baseman Molly Ferguson (9) can get to it during the second inning of a June 15 game against Calamus-Wheatland at Durgin Complex in Clinton. 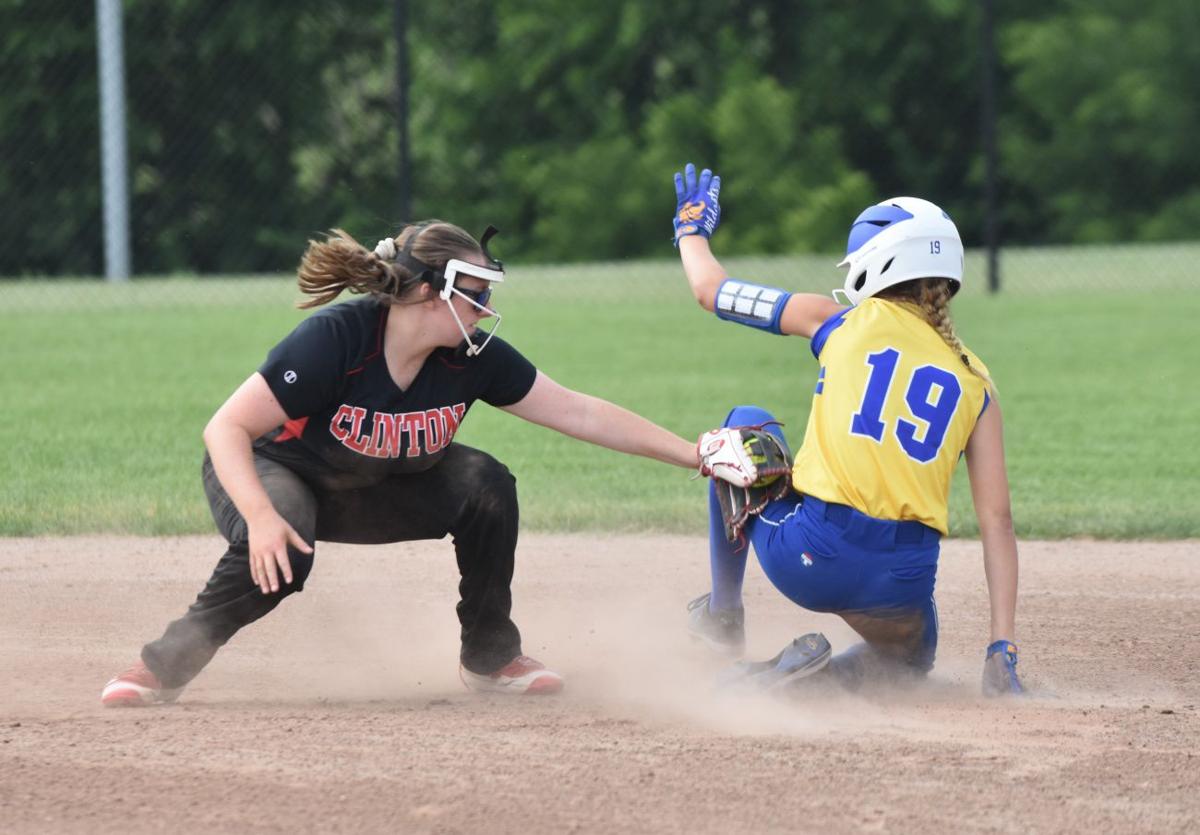 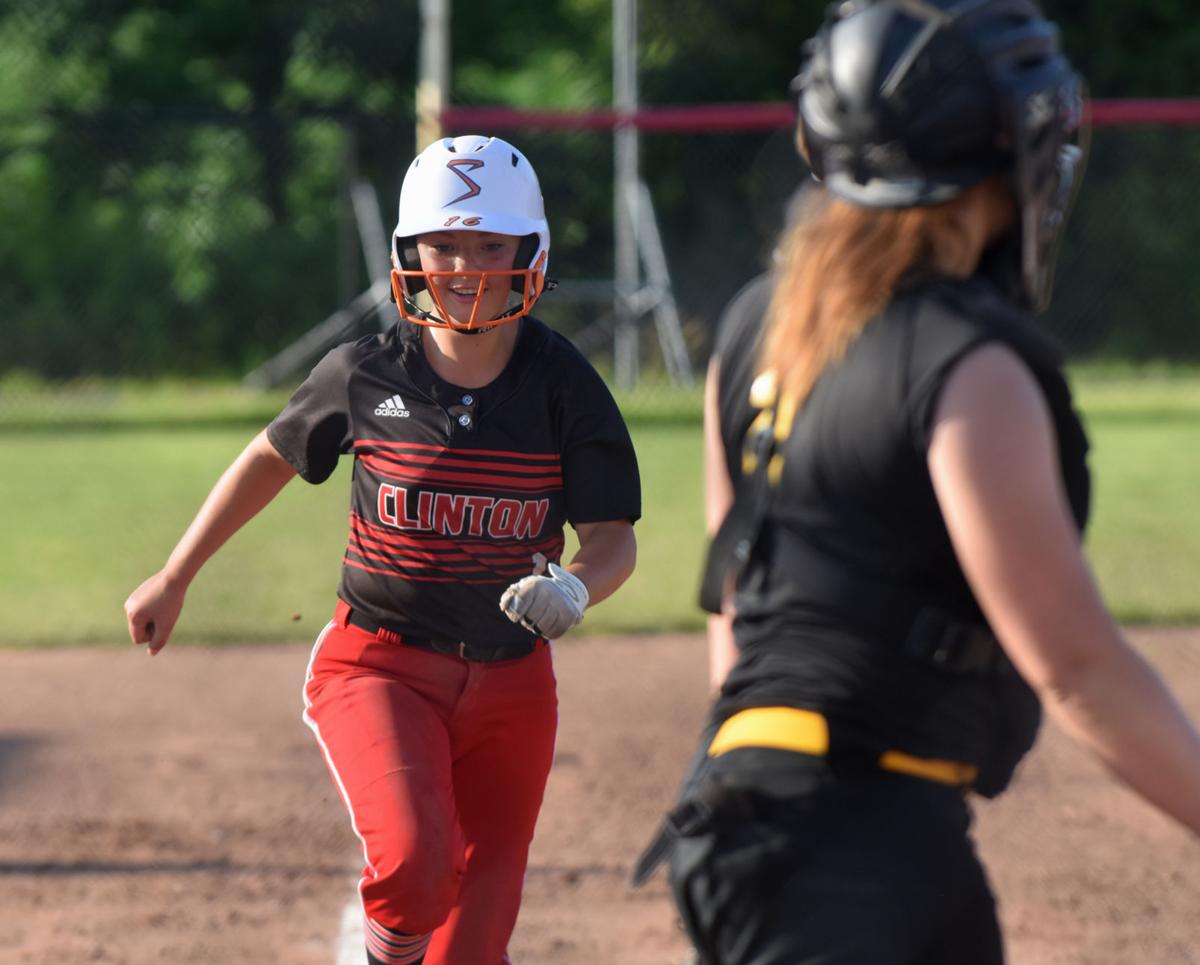 Clinton’s Amber Lee flashes a smile before she scores the winning run in the first of two games against Tipton during last year’s season.

Clinton pitcher Natalie Dornbush (2), right, catches a pop fly before third baseman Molly Ferguson (9) can get to it during the second inning of a June 15 game against Calamus-Wheatland at Durgin Complex in Clinton.

Clinton’s Amber Lee flashes a smile before she scores the winning run in the first of two games against Tipton during last year’s season.

Head coach Nate Herrig still has a young team, but this season features a lot of familiar faces who are back with varsity experience.

Although the River Queens only won a handful of games (8) last year, they started to see improvements near the end of the season, especially when it came to fielding the softball. They ended their season with a loss to Dubuque Wahlert last July.

Herrig was pleased with what he saw from his group by the end of the season.

“We started to make some progress,” Herrig said last July. “Kudos to the seniors, they left the program a better place than when they came in and they’ve done some nice things. That’s the biggest thing ... you have to give the credit to the kids. We tell them all the time it’s your bus and you drive it, we just put some gas in it every now and then.”

"They left us a hole and our outfield is going to look a whole lot different now," Herrig said. "We're young in that aspect, we spent a lot of time working with those girls. Like I told them, you just have to show up ready to play."

But the River Queens return a lot, including their three main pitchers. Lauren Brennan, Natalie Dornbush and Amber Lee are all back with another year of experience under their belt. Brennan and Dornbush took the brunt of the innings as sophomores last season.

"We've been working with them," Herrig said. "They just haven't been able to face a whole lot of live competition with this pandemic. That will be the biggest thing and why we're trying to put them in those situations this week to get used to all of that."

Their catcher, Casy Mandrell, was a stellar force behind the plate as well as in the batter’s box. Mandrell is back for her senior season.

A powerful bat returns in Makenzie Cooley as well, and Amber Lee, Madison Meggenberg, Emma Milder all showed promise last year when it comes to swings. Meggenberg led the team with a .462 average.

Although still young (they still have 11 underclassmen on the roster), they’re bringing back experience with it. Plus, Herrig says the return to sports has made the team closer and more cohesive than he ever could have hoped.

"Camaraderie," Herrig said when talking about the team's strengths. "This has been one team that has come together very quickly. They've gotten along right from day one. Not sure if the pandemic had something to do with it, because they just want to be around people."

Either way, they seem poised to build off of last year and be more competitive in an ever tough Mississippi Athletic Conference.

"It's those girls that played a lot for us last year. Those returners, we will have to lean on those girls a little bit to get us over the hump in the early season here."

The softball girls kick off their season on Monday with a MAC matchup with North Scott at the Durgin Complex, then welcome Davenport Assumption on Thursday.