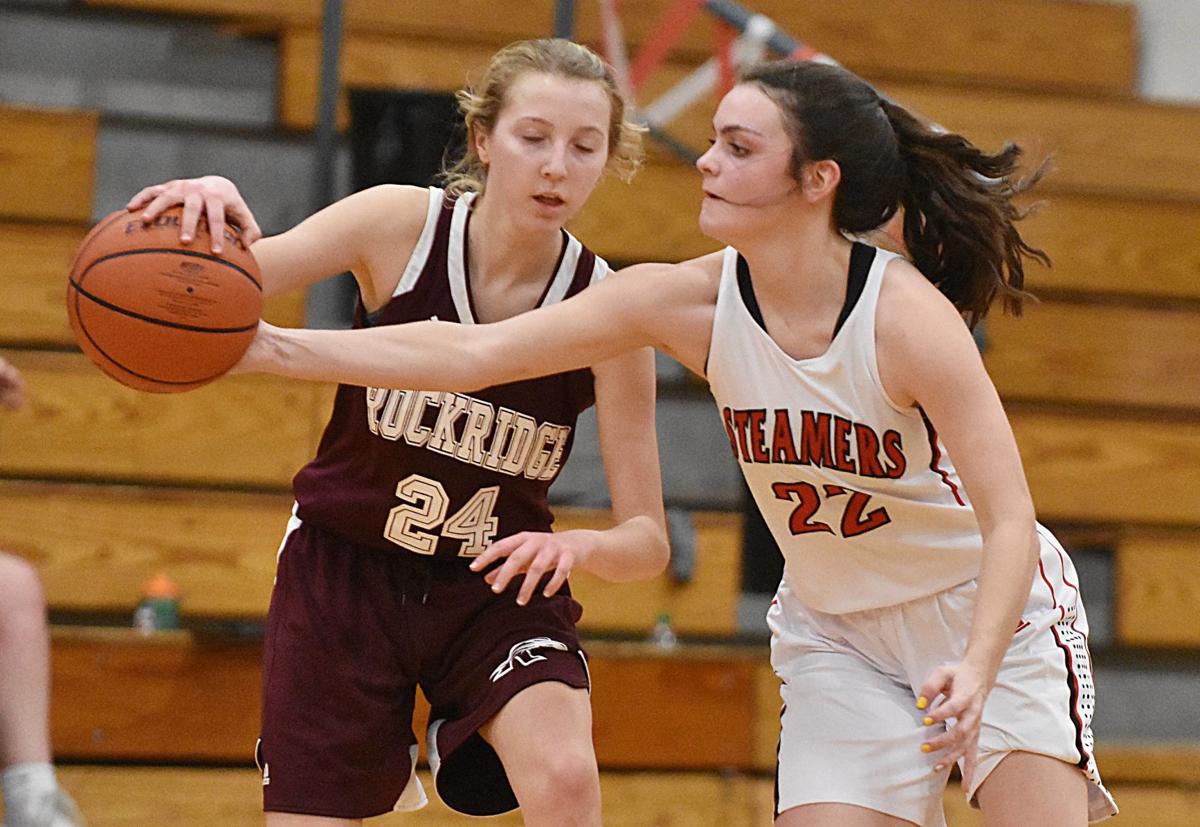 Fulton junior Liz Fish goes for steal while playing defense during Fulton’s 43-32 win over Rockridge at home on Monday night. 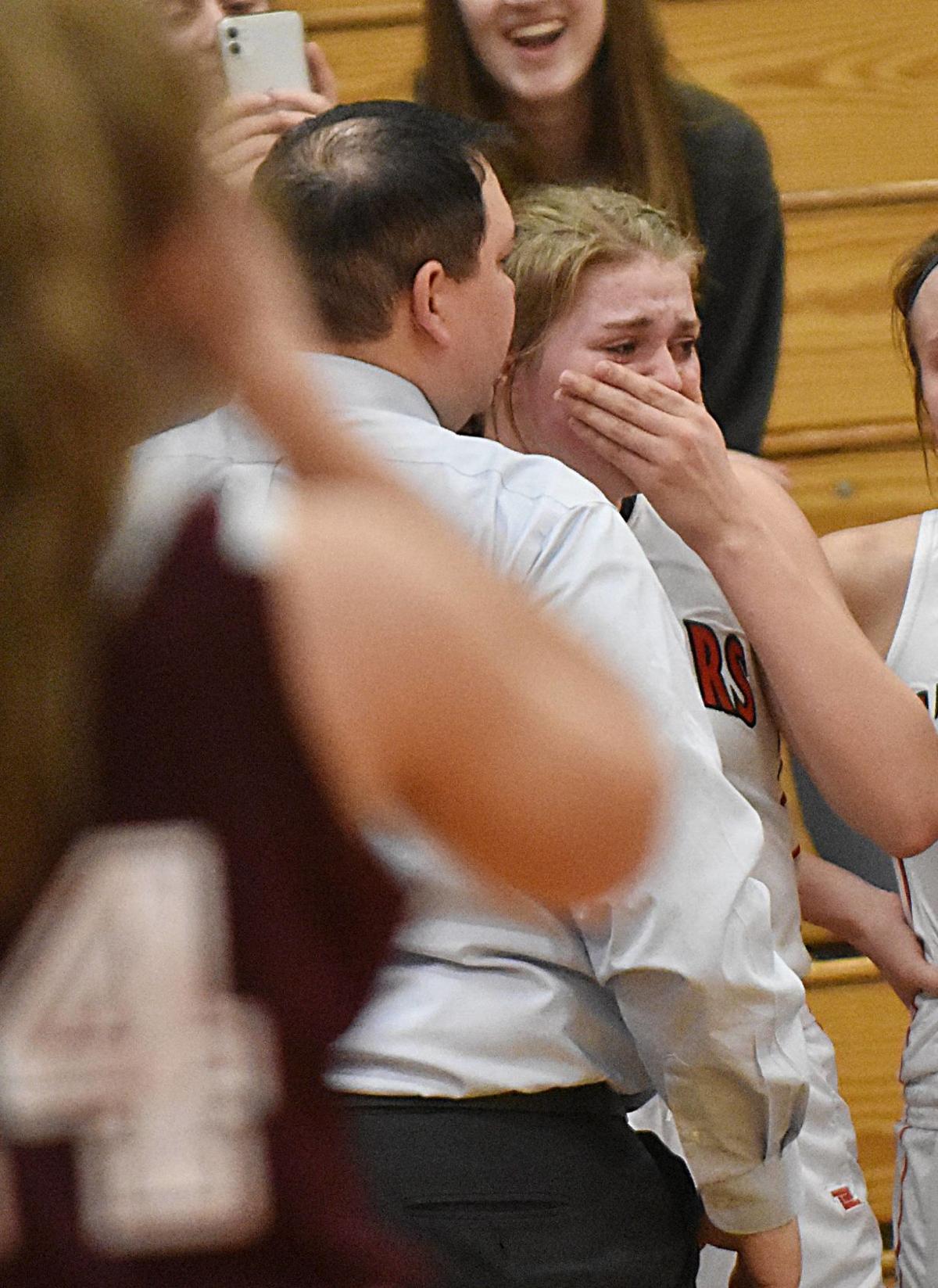 Fulton senior Emily Schipper holds back tears after hugging head coach Mike Menchaca on the sideline when Menchaca subbed out the seniors on Monday night. 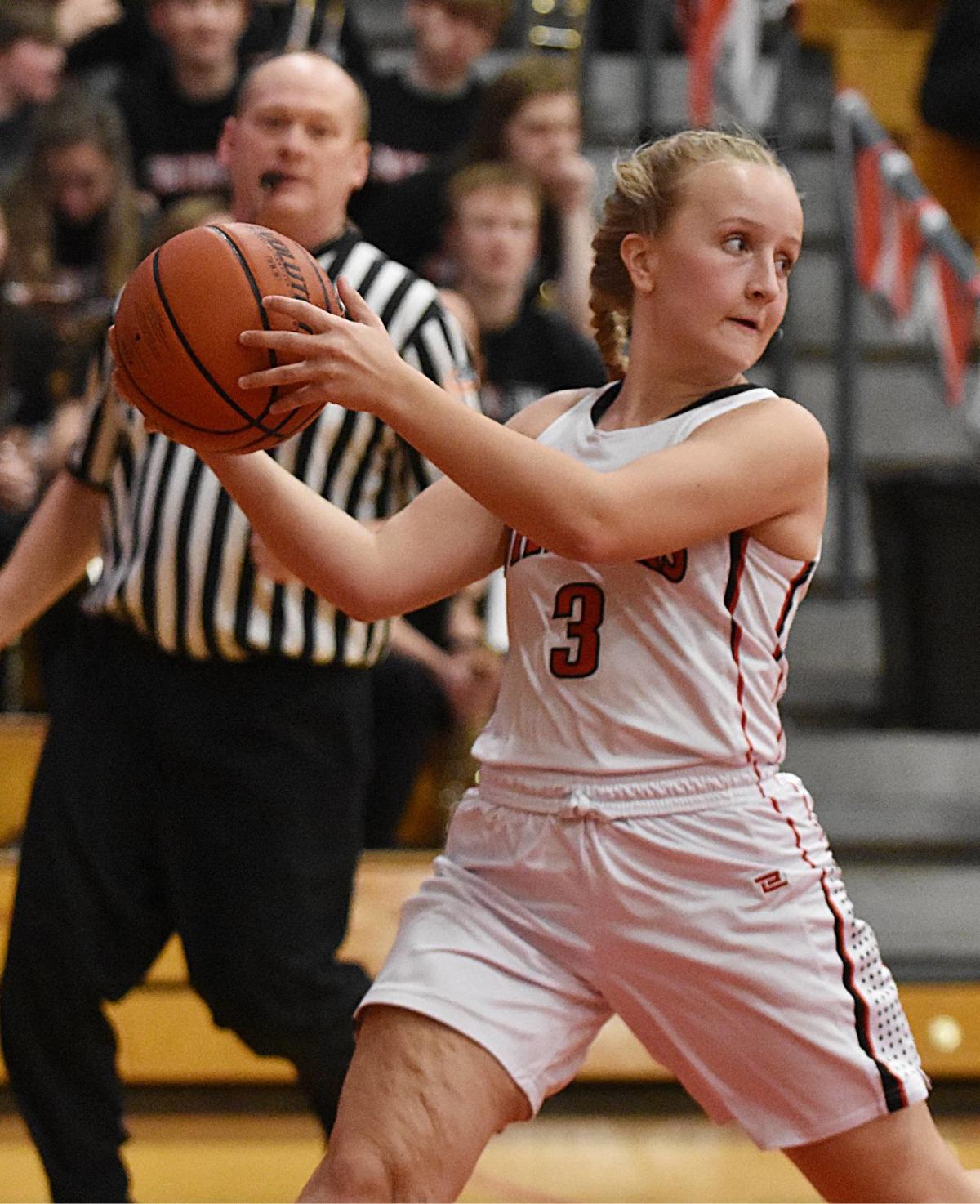 Fulton senior Kylee Sweenie saves a ball from going out of bounds, getting it back in to Kylie Collachia for the score.

Fulton junior Liz Fish goes for steal while playing defense during Fulton’s 43-32 win over Rockridge at home on Monday night.

Fulton senior Emily Schipper holds back tears after hugging head coach Mike Menchaca on the sideline when Menchaca subbed out the seniors on Monday night.

Fulton senior Kylee Sweenie saves a ball from going out of bounds, getting it back in to Kylie Collachia for the score.

CLINTON – The Fulton girls were full of emotions as head coach Mike Menchaca subbed out the seniors in the final moments of the Three Rivers Conference game on Monday night in Fulton.

The group – Emily Schipper, Kylee Sweenie, Keartson Norman, Bella Gazo and Macy Puckett – celebrated Senior Night right before their 43-32 win over Rockridge. Tears and hugs were exchanged as they left their home court for the final time.

“This isn’t a four year thing, it’s a seven year thing,” Menchaca said about the seniors. “They’re the first group I ever worked with, starting in sixth grade. For them to stick it out, be here today, and be on pace to win more games than anyone in 20-plus years here in girls hoops, it’s a legacy for them. We love them and that’s really what matters.”

With 5:50 left to play in the game, the Steamers gave up an offensive rebound to the Rockets, who put it back up and got the foul for the complete three-point play. That cut the lead to 37-29, a place the Steamers didn’t imagine being after taking a nearly 20-point lead.

Even with the size advantage, offensive rebounds were a problem. Part of it was that their leading rebounder – Emily Schipper – also runs the top in their zone defense.

“It’s a problem,” Menchaca said. “Tonight, I gave her some more reign to run the floor a little bit. We were bad rebounding and that’s how they got back in the game. It’s a chance we were willing to take.”

They didn’t get any closer. Emily Schipper moved the ball to the lane and picked up a foul on the next possession, then the Steamers forced a turnover on defense.

Kylee Sweenie found Schipper over top the Rockets, and she put the ball through the rim with the foul, taking back a 41-29 lead.

Schipper led the offensive effort with 17 point on the night. It was just part of a huge effort inside the lane, led by Schipper and a number of offensive putbacks from Kylie Collachia.

In fact, all but six points came from inside the paint, fastbreaks, or freethrows.

“Those are all three keys,” Menchaca said. “When we’re good it’s all points in paint, secondary break and transition and the free throw line. Those three things were huge again tonight. Every game we play well, those are the three leading factors.”

It was just a three-point game after the first quarter, with Fulton committing more turnovers than anticipated against the Rockets. They forced just as many, but Menchaca knows that will get harder as they face more difficult opponents.

“We came down and threw a couple of bad passes that didn’t even need to be passed,” Menchaca said. “Ball carrying has been a problem all year ... they see the pass they want to make and then they second guess it.”

“We worked in practice on lifting our [defense] up and going fullcourt and we did that,” Menchaca said. “They got in the passing lanes and got a couple of quick steals and layups out of it, and that sparked us. This group is really good when their defense is scoring.”

The Steamers improve to 13-13 overall this season, traveling on Wednesday to Bureau Valley. They kick off the postseason next weekend, playing their first regional game out of a bye in the first round.