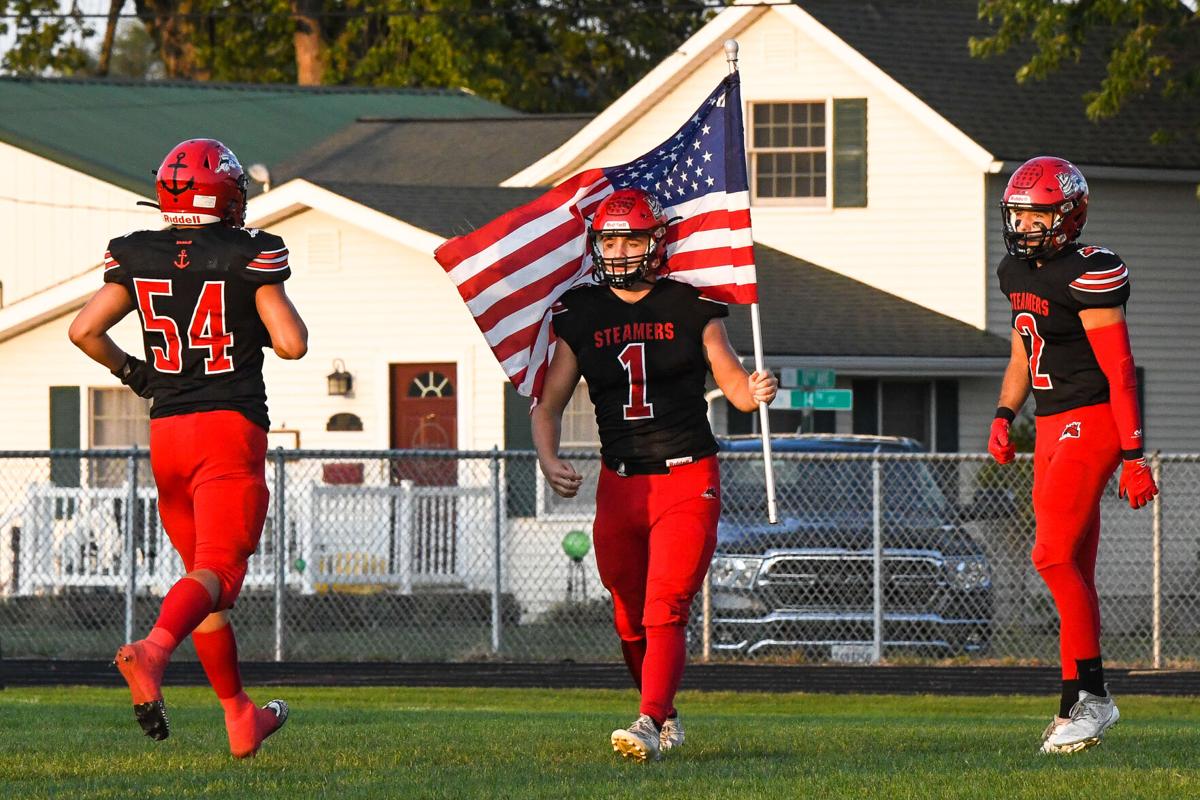 Fulton senior Keegan VanKampen (1), senior Brock Mason (2) and senior Joey Huizenga (54) run the flag out to the field before a home football game. 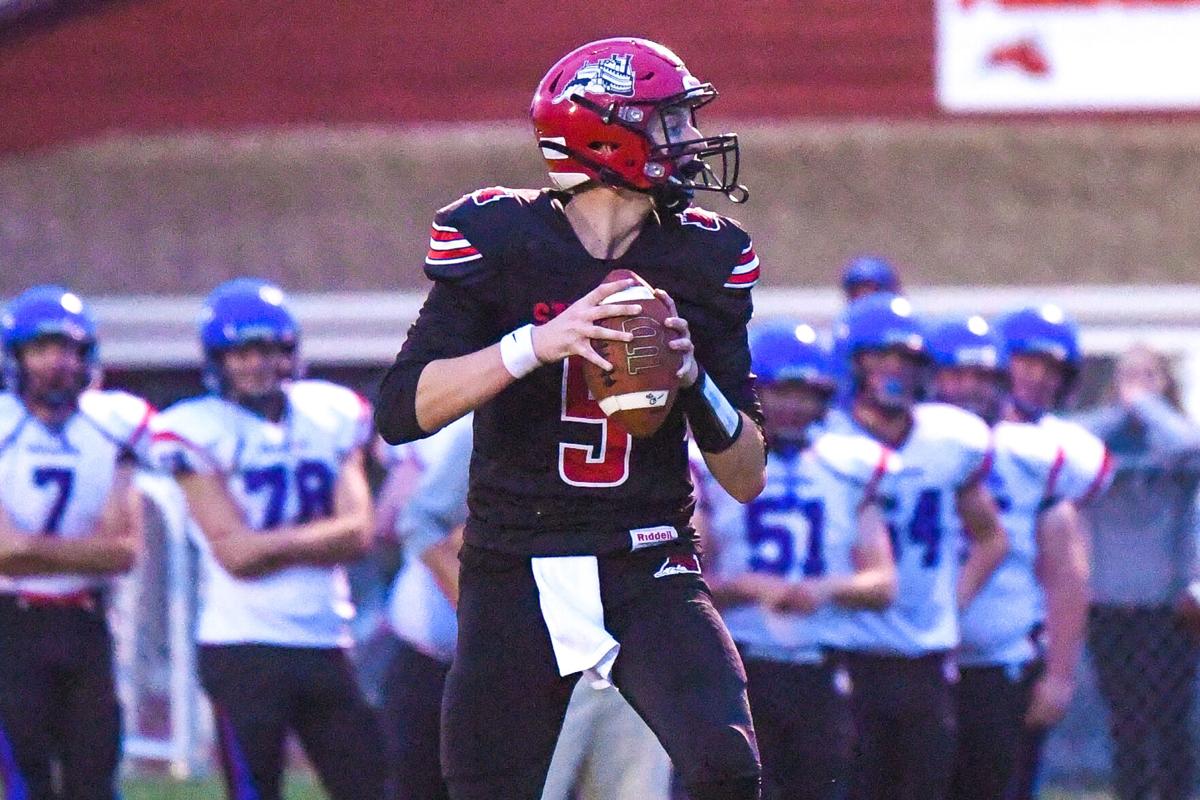 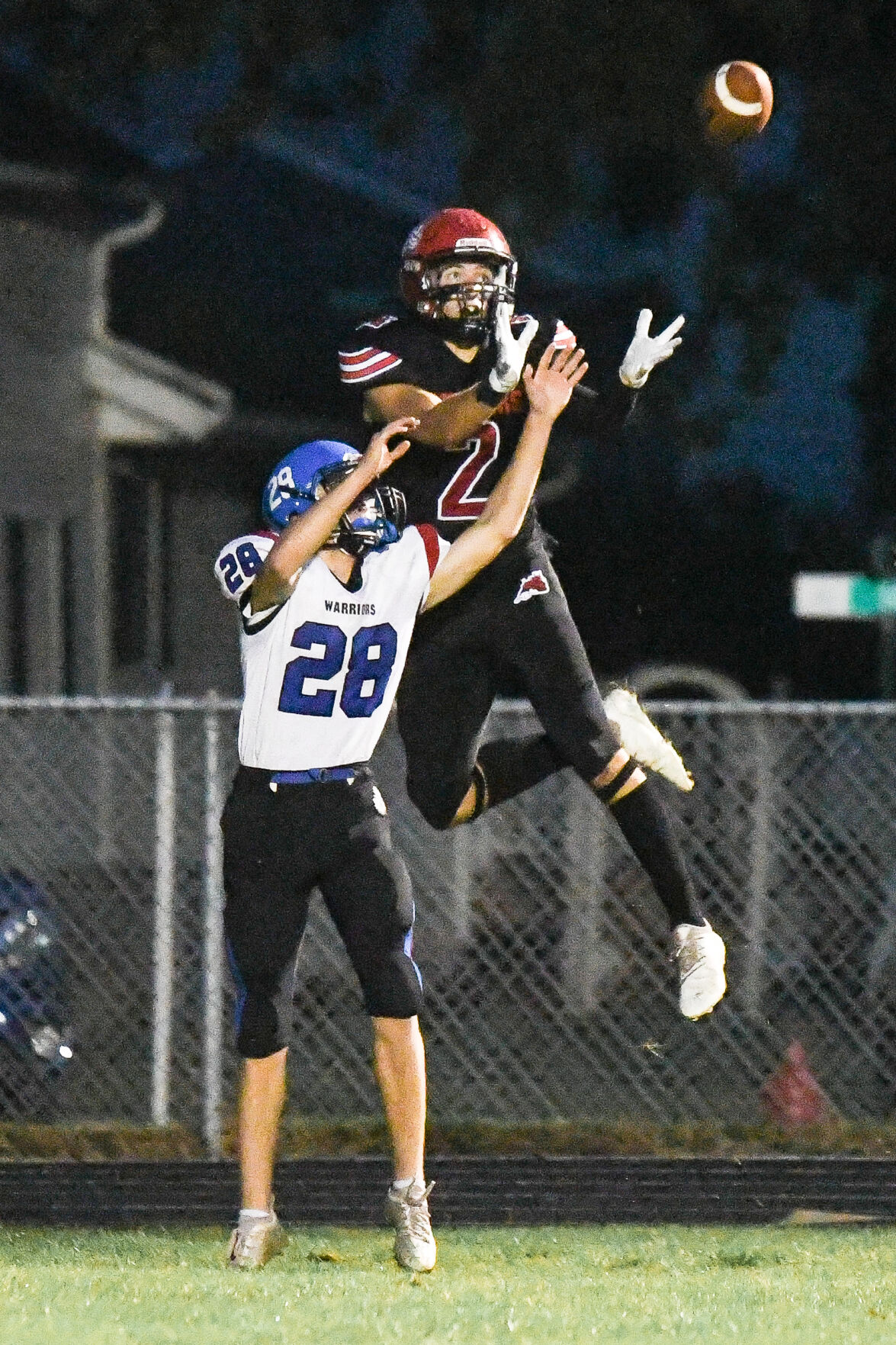 Fulton senior Brock Mason leaps for a pass during a Fulton home game. 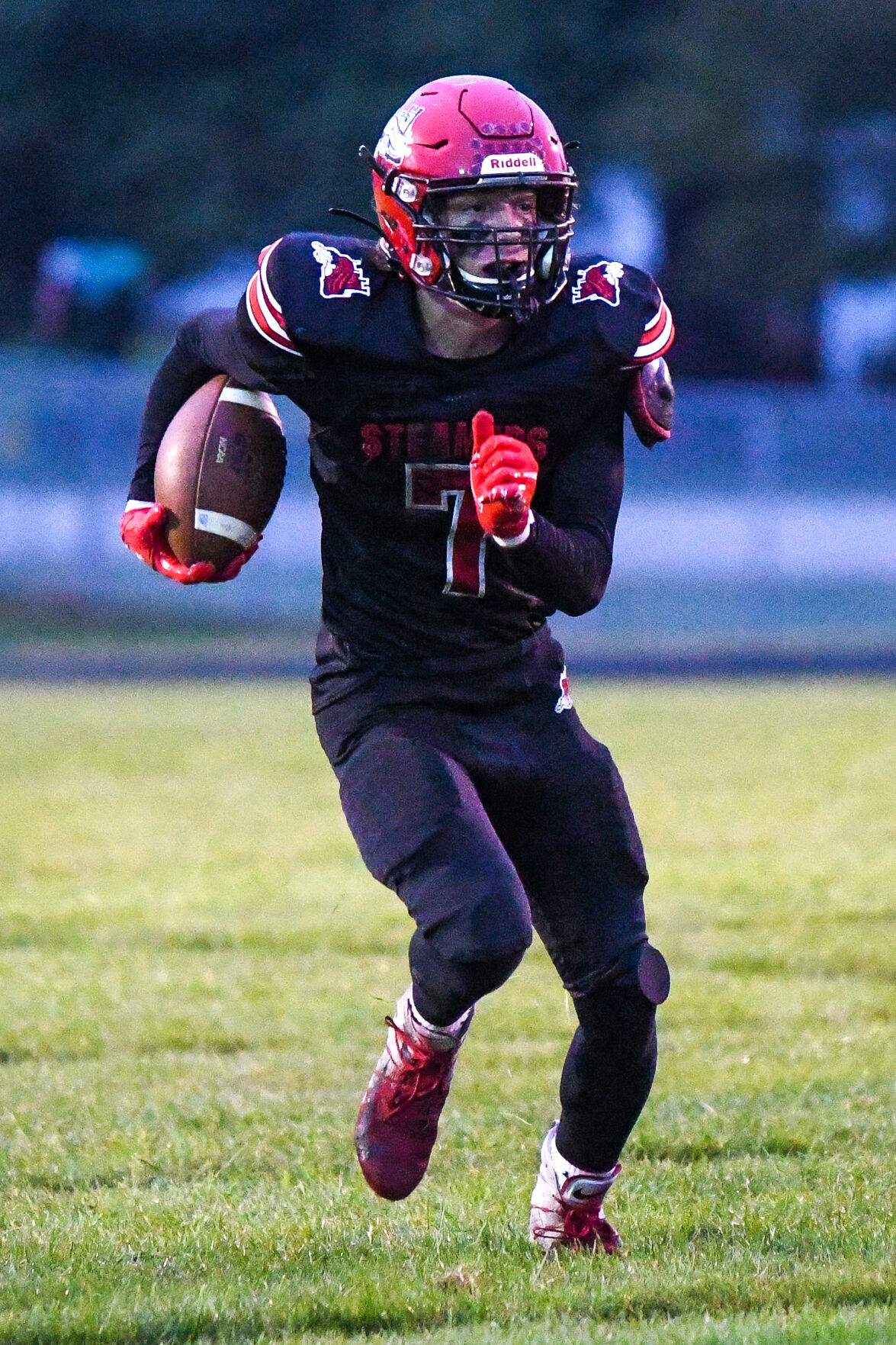 Fulton senior Keegan VanKampen (1), senior Brock Mason (2) and senior Joey Huizenga (54) run the flag out to the field before a home football game.

Fulton senior Brock Mason leaps for a pass during a Fulton home game.

The Fulton football team felt like they had something to prove this season – and they’re doing just that.

The Steamers are coming off of an upset win on the road this past Friday, taking down No. 5 Forreston to keep in the playoff conversation. It may have been an upset on paper, but it’s just something that the Fulton football team expects from their team.

The Steamers came into 2021 with plenty of returning talent, but they lost quite a bit to graduation. They had two all-state selections and a number of talented position players. That included starting quarterback Conner Barnett, runningbacks Ethan Rash and Kyler Pessman and a number of other talented athletes.

After graduating talent like that, the Fulton conversation was on the quiet end. But the returning upperclassmen took that to heart.

“A lot of people were asking us, now that they’re gone how are you going to be,” senior Brock Mason recalled. “Are you going to be any good? We all took that almost as offensive. We’re still here. It was nice to prove people wrong.”

Mason is one of the returning atheltes having played three years of varsity. Also returning is Patrick Lower, who has taken over the quarterback position.

“We took it as a chip on our shoulder going into Week 1, especially with leaving the conference and coming into the new one,” Lower said. The Steamers switched over to the Northwest Upstate Illini Conferece this season. “We had double things to prove there with guys graduating and then playing a new team every week. It made us believe in ourselves even more, come together as a team and use that team work.”

They’re living up to that. They started the year in the rankings and are heading into Week 8 with just two losses, including their upset over Forreston last Friday.

That fifth win kept them in the playoff conversation and next week could help solidify their chances. The Steamers take on EPC at Lanark.

There is some extra motivation for the returners. In 2020, the Illinois High School Athletic Association allowed a spring football season, but it was shortened and there were no playoffs.

“Last year definitely hurt not being able to have a playoff run with the team we had,” Lower remembered. Lower was a wide receiver on the roster last season. “It builds the momentum up, and getting back here we kept that momentum going into this season. We’re trying to get a win each and every week and then see what we can do from there.”

It helped them prepare more and more this offseason.

“It gave us a lot of motivation,” Mason said. “We got in the weight room and it made us appreciate the playoffs even more. Now, all of us worked so that we can make sure to make it to the postseason this year.”

The Steamers have a roster chock full of athletes and it makes their offense unpredictable.

“The mystery of knowing what we’re going to do [is our biggest threat],” Mason said. “We have guys that can run 80 yards down the field or jump up and catch the ball. We have Keegan [VanKampen] and Jake [Jones] who can run the ball, Keegna runs people over, Jake Jukes guys. For us, you have to prepare, you have to scout us, it’s really hard.”

The runs of Jacob Jones and Keegan VanKampen are just part of the equation. Multiple athletes, like Mason and Baylen Damhoff and Ryan Eads, who can pull down passes from Lower. In a few occasions, the Steamers have even gotten Jacob Jones the ball to have him pass in for points.

“I think we have a lot of weapons and it makes it impossible to prepare for us,” Lower said. “We have a lot of guys who can do so many different things. It’s a great thing to have options and be able to do whatever we need to do to beat someone.”

They’re definitely leaning on their athleticism, it’s helped in all aspects of their game. They’re also leaning on some of the things they’ve learned from the Steamers who graduated last year. Afterall, most of the varsity pieces this year played in the lineup in 2020 as well.

“Over the years it’s made me a better player playing with the guys older than me,” Mason said. “I grew up with those guys and they helped me become more physical, help me know what varsity football is really like.

With just two weeks of regular season remaining, the Steamers are still working for that playoff spot. They’ll play EPC Friday night and then come back home in Week 9 for a game against Dakota.

It’s more than clear that they feel like they have something to prove still, and are just waiting for their chance to do it.

“I think it’s made the realize how special it is that they get to do this when the seniors last year didn’t get to,” head coach Patrick Lower said. “Again, we’re only guaranteed nine games and we still have to perform and qualify. We still have work that needs to get done.”