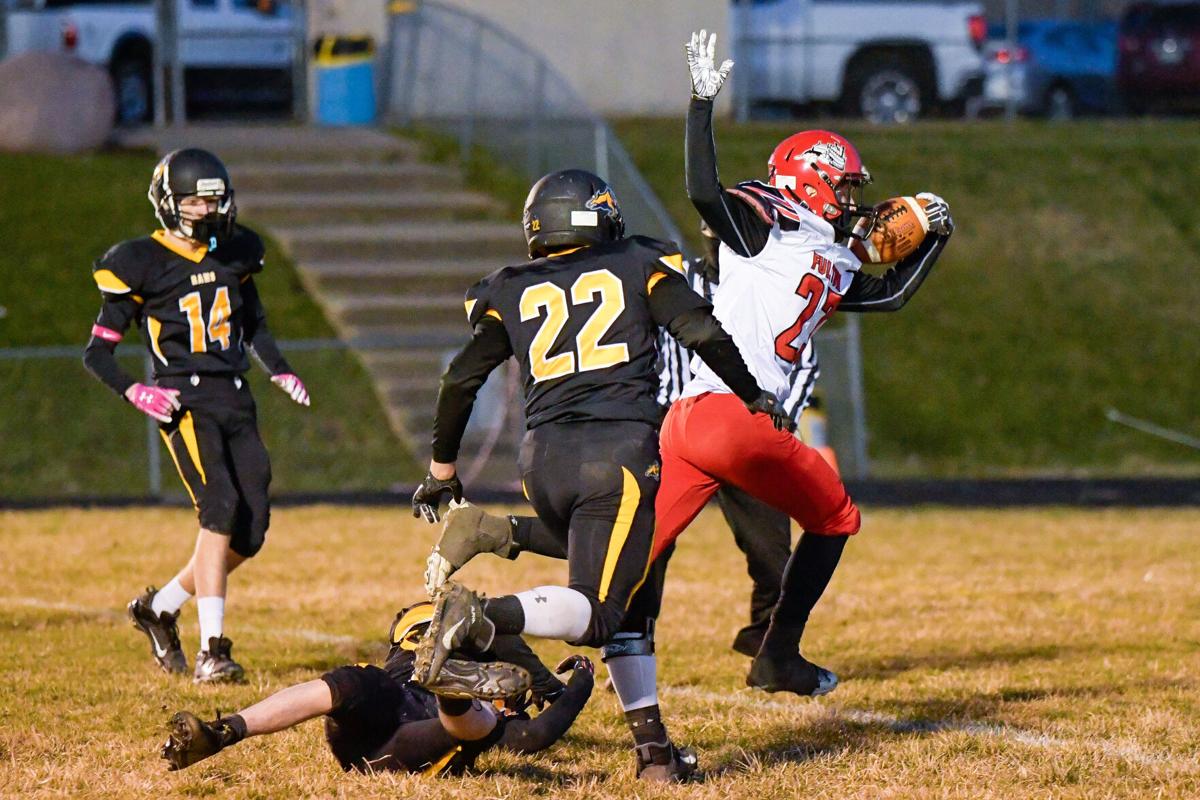 Sophomore Ryan Eades dives through defense and towards the end zone, scoring the Steamers final touchdown in the fourth quarter for the 49-6 victory. 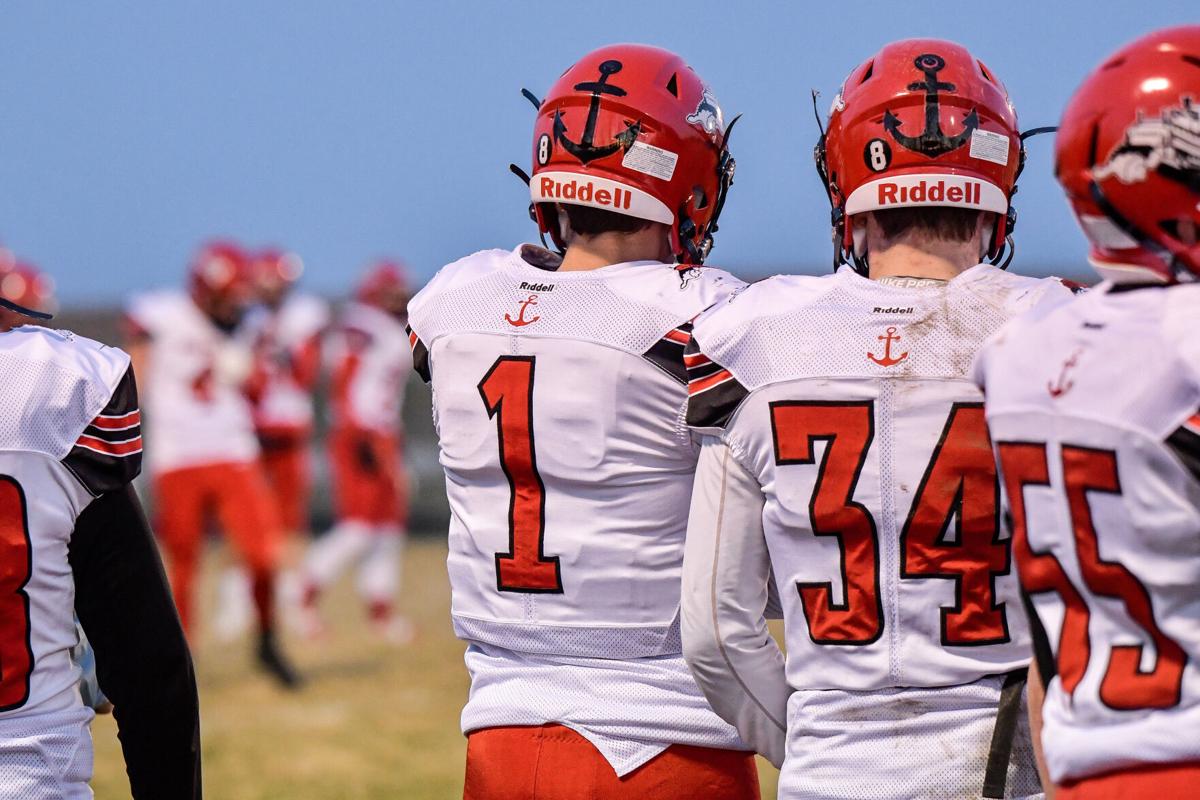 Senior starting quarterback Connor Barnett and senior running back Kyler Pessman watch their teammates from the sideline after Fulton head coach Patrick Lower pulled his starting lineups from the field in the second half. The Steamers notched continuous clock by halftime and beat Riverdale 49-6 on Thursday night on the road. 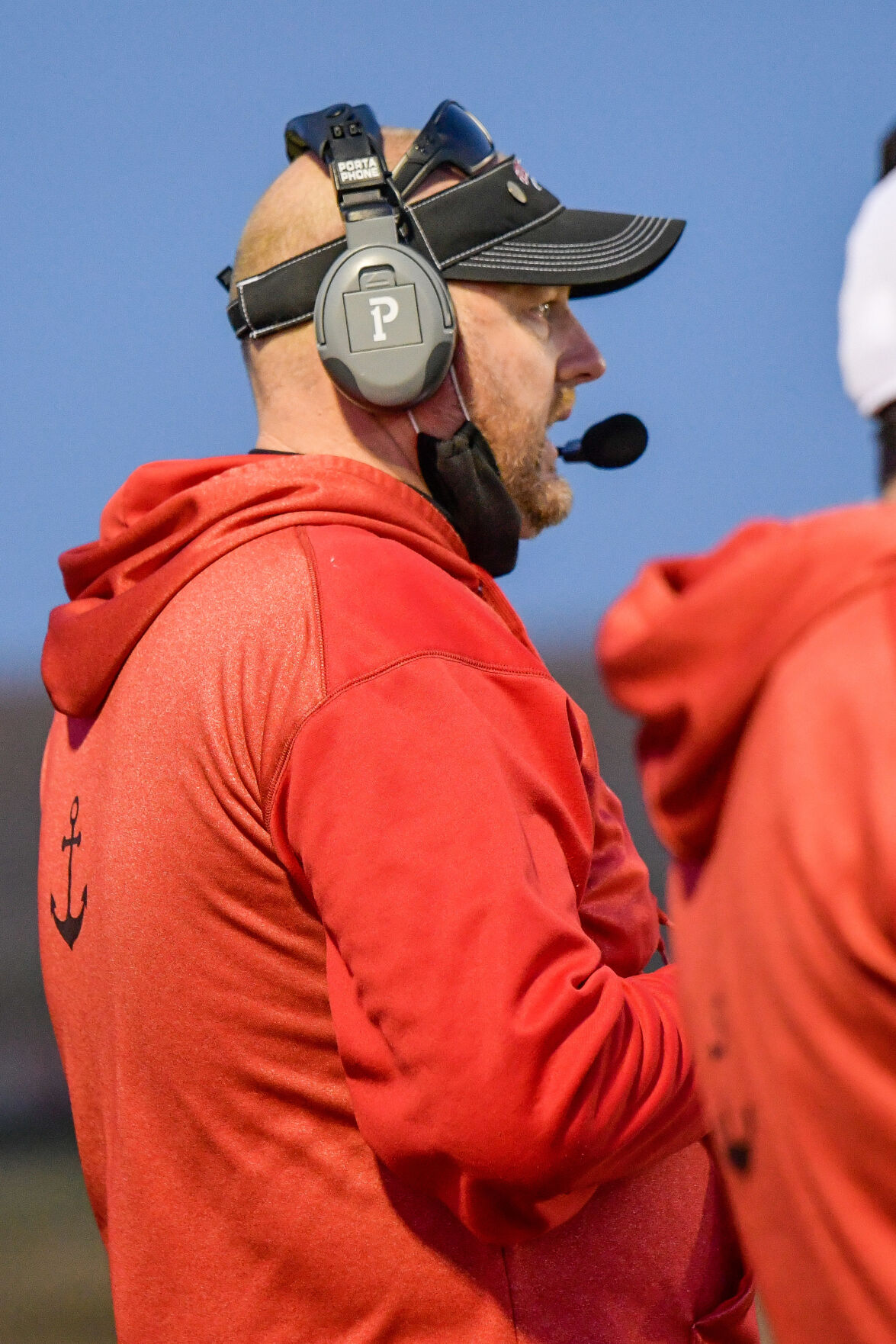 Fulton Head coach Patrick Lower gives direction from the sideline during the Week 2 victory over Riverdale.

Sophomore Ryan Eades dives through defense and towards the end zone, scoring the Steamers final touchdown in the fourth quarter for the 49-6 victory.

Senior starting quarterback Connor Barnett and senior running back Kyler Pessman watch their teammates from the sideline after Fulton head coach Patrick Lower pulled his starting lineups from the field in the second half. The Steamers notched continuous clock by halftime and beat Riverdale 49-6 on Thursday night on the road.

Fulton Head coach Patrick Lower gives direction from the sideline during the Week 2 victory over Riverdale.

PORT BYRON, Ill. – A first half offensive showcase turned into lots of minutes for some fresh-soph players in Fulton’s dominant 49-6 win over Riverdale on Thursday night.

The freshman and sophomores who usually see limited varsity time were able to play the entire second half with continuous clock thanks to the first half efforts.

The Rams have a roster filled with inexperience, but Fulton head coach Patrick Lower also has an upperclassmen-laden offense, including senior running backs Kyler Pessman and Ethan Rash, and senior quarterback Connor Barnett. Everything just seemed to click right from the first kickoff, and the Steamers rolled through the first half to send it to continuous clock early.

“We have a lot of seniors who just really know the game and have played a lot of plays and a lot of games for us over the years,” Lower said. “They came out with a really good attitude of getting down to business and doing what we needed to do. Right from the get-go we were ready for their onside kick, we took the ball, then we moved down the field. Workmen-like attitude we had tonight.”

That sent the more inexperienced lineups to the field, giving them an opportunity for varsity minutes.

“We were able to get a lot of guys in there, get some of their reps on tape and be able to evaluate them that way,” Lower said. “Really just a good night overall, we just did what we wanted to do.”

The game was a 42-0 shutout before a few big runs broke through and the Rams found the end zone late in the fourth. That’s after another big defensive effort in the Week 1 win over Orion.

“Basically our goal before this game, we knew they were having a down year, and we were really hoping to get that shutout,” linebacker Will Connor said. “We just wanted to get our weekly goals that we set on defense. Defense wins championships.”

The Rams only notched two first downs in the first half thanks to the defensive line.

“We want to shut down the momentum,” Connor said. “And that helps the offense go out, get the chances to score.”

The defensive line is also filled with upperclassmen, many of whom have been playing since their sophomore season. The chemistry is proving key, with very few holes opening up for their opponents in the first two weeks.

“It’s getting comfortable with everybody and understanding the plays and where everyone is,” defensive tackle Josh Huizenga said. “It helps a lot.

“We’ve played three years together, we understand each other, we work good together.”

The defense is looking toward next week as a bigger test. The Steamers move to take on Morrison on the road. The annual Battle for the Wooden Shoe is a favorite rivalry game, and last year it was the Mustangs who came out on top. Morrison offers a speedy and athletic lineup.

“We have to have a good week of practice, they’re a very good football team,” Lower said.

Next Friday is the third week of the five-week season, leaving three games for the Steamers before the 2020-2021 football season comes to a close.

“These guys have come with great attitudes,” Lower said of his team. “Disappointment through the fall and winter, but we’ve put that behind us and we’re just gearing up for these five games. We’re enjoying every moment we have together, and I think that’s the key – we’re having a lot of fun. We’ve got three more weeks to enjoy it.”