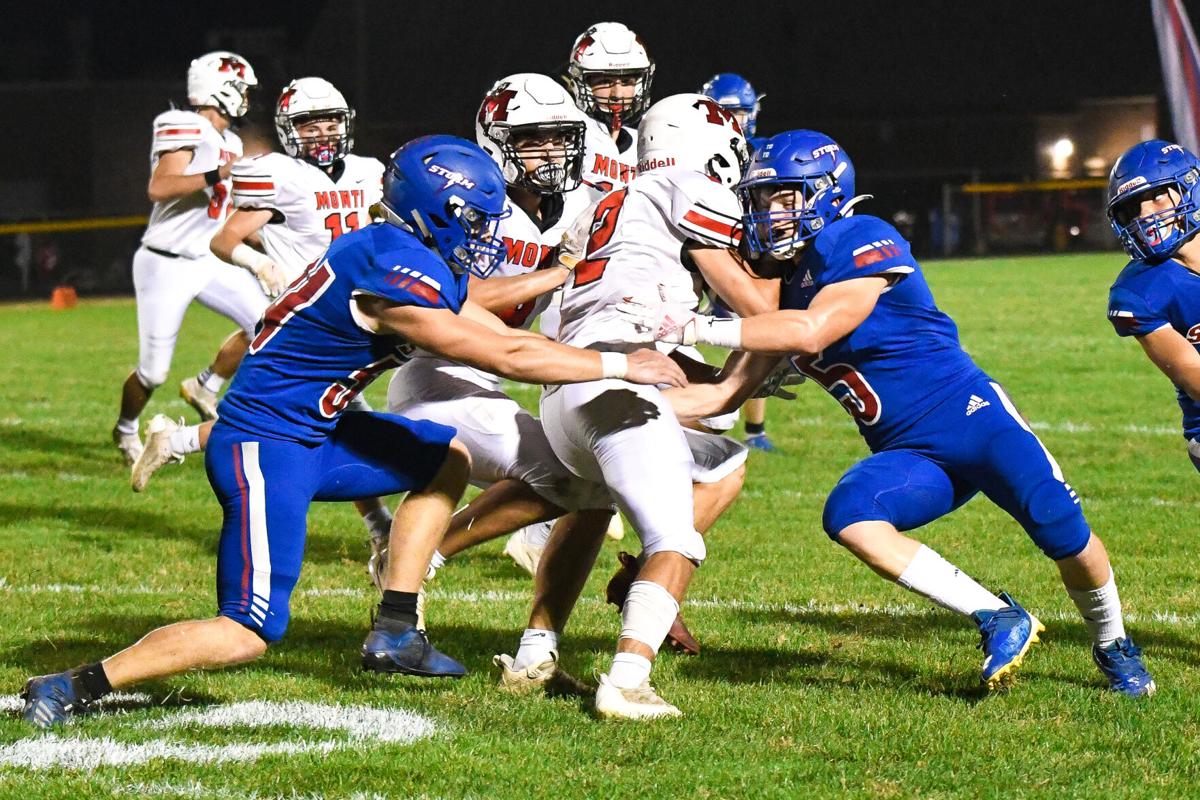 Carie Kuehn/Clinton Herald In this Herald file photo, Camanche defense collapses on a run attempt at a Storm home game earlier this seaosn. The Storm ended their season in the second round of the playoffs on Friday night, falling to ranked Waukon on the road 40-0. 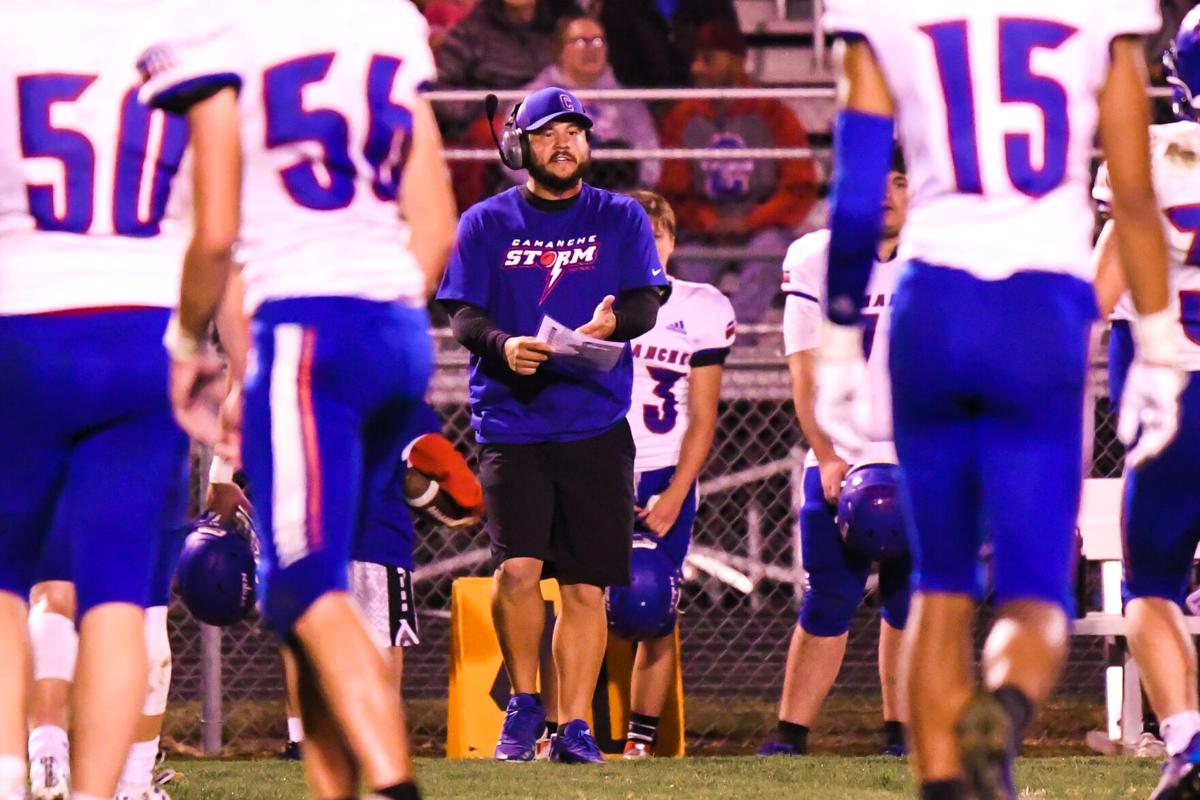 In this Herald file photo, Camanche head coach Dustin Coit directs his team from the sideline.

Carie Kuehn/Clinton Herald In this Herald file photo, Camanche defense collapses on a run attempt at a Storm home game earlier this seaosn. The Storm ended their season in the second round of the playoffs on Friday night, falling to ranked Waukon on the road 40-0.

In this Herald file photo, Camanche head coach Dustin Coit directs his team from the sideline.

WAUKON – The Camanche football team will never know if they could have competed with the No. 2 ranked Waukon Indians at full strength.

The Storm traveled for the second round of the Class 2A playoffs Friday night and fell to the Indians 40-0, ending their postseason one game before the quarterfinal round.

But they were working without a big piece of their equation. Runningback and linebacker Eric Kinkaid went down on his third carry of the night with an apparent ankle injury. Kinkaid exited the field on crutches before the end of the first quarter and did not return to the game.

Kinkaid was the Storm’s leading rusher and leading tackle, leaving a big hole to be filled in production on the field. He had three times as many carries as any other player with 854 total yards through the first nine games. He also had 75 total tackles on the year.

The Storm held on in the first quarter and had a myriad of opportunities to strike. They won the coin toss and deferred, giving the Indians the first drive of the game. The Storm forced their opponent to a fourth down and took over the ball on downs.

It looked like Camanche was going to put up points first, but Waukon intercepted a pass off Michael Delzell in the endzone. That interception turned into a 98-yard march down the field for the Indians, who ended it with a 6-0 lead after the first touchdown of the game.

The next possession the Storm went three and out.

Waukon added to the lead in the second with an 8-yard scoring run. The two-point conversion attempt was picked off by Delzell to hold the lead to 12-0.

Once again, the Storm had some movement down the field. A pass over the middle was picked off for the second interception of the game.

A third first-half turnover happened on the next Camanche possession. Waukon recovered a Storm fumble and took just two plays to score one again. This time it was a 9-yard scoring pass and the extra point kick was good.

Waukon took that 19-0 lead into the locker room.

Camanche came out with the first drive of the second half and needed to strike, but never found the answers. Michael Delzell ended the game with 119 passing yards, completing 15 of his 25 attempts. Ethan Schultz led the rushing yards with 6just around 70yards.

Waukon scored twice in the thir quarter and once more on continuous clock in the final period.

“It’s always tough when the season ends,” the Camanche football Facebook page posted after the season-ending loss on Friday night. “Thanks to the seniors who put their time into the program and for buying in to what we wanted ... proud of everyone involved.”

Camanche ends the season 6-4 after beating Wahlert Catholic in the first round of the playoffs and also finished as district runner-ups in 2021. They graduate 11 seniors from the varsity roster.