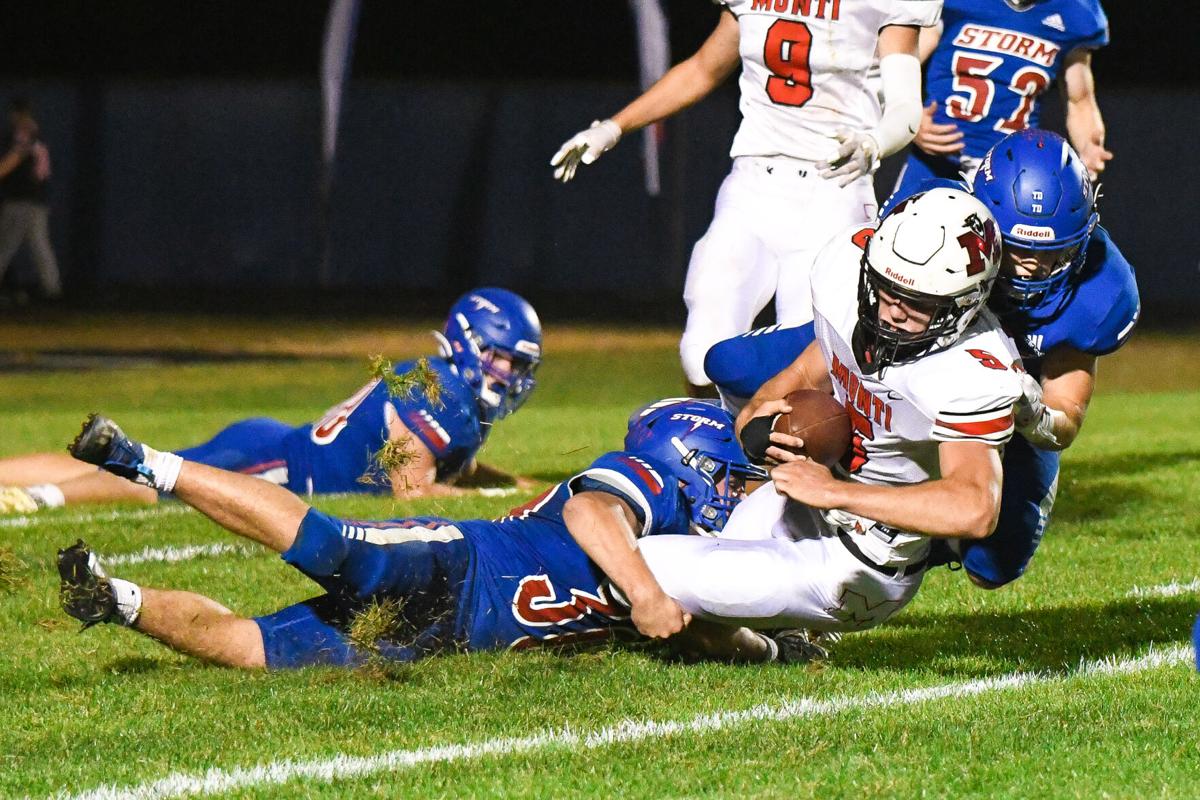 Camanche defense pulls down a Monticello runner during the Storm’s loss to the Panthers on Friday night 55-13. 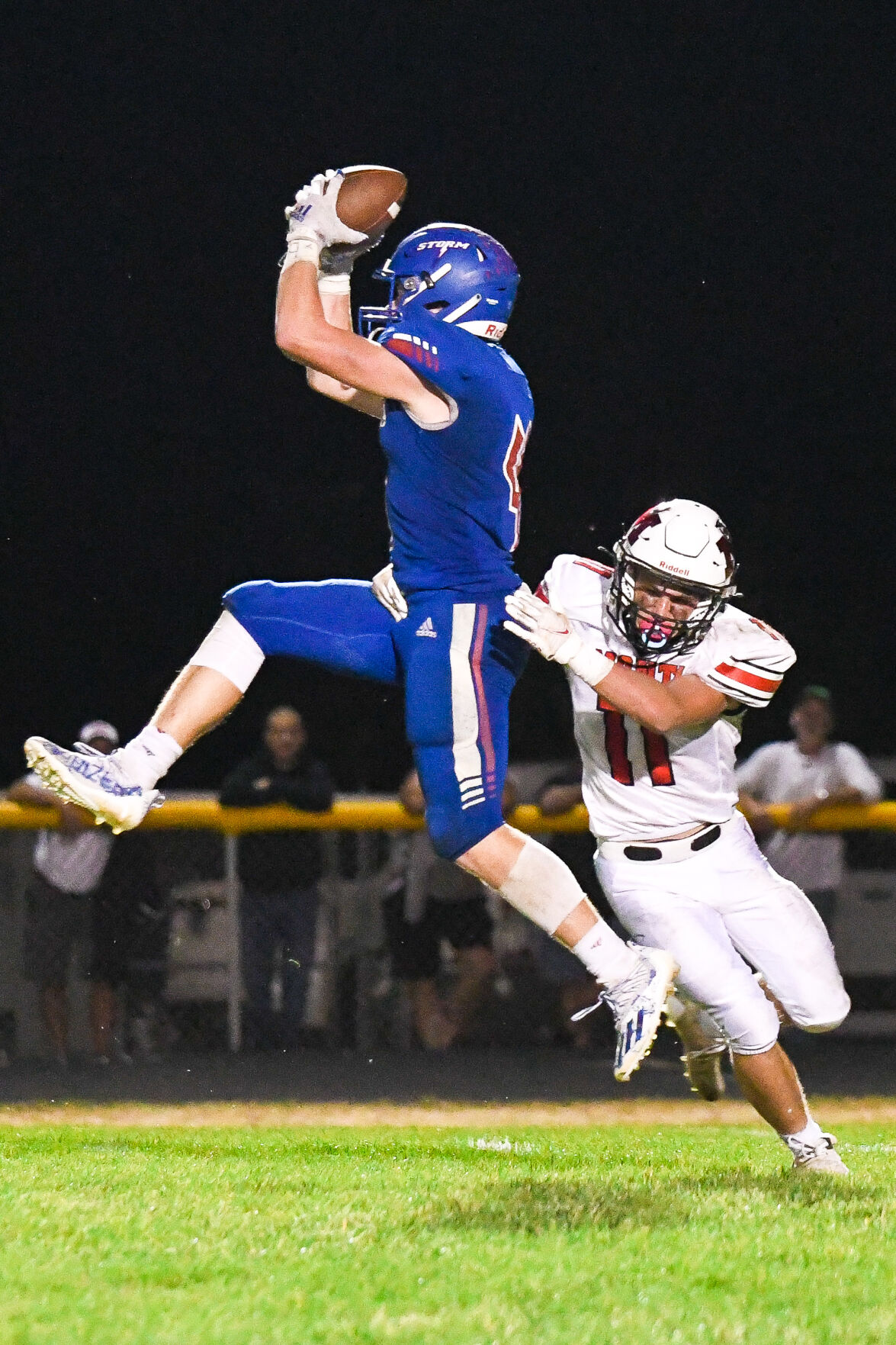 Camanche’s Tuckert Dickherber makes a catch that would turn into a touchdown for Camanche in their 55-13 loss to Monticello Friday night. 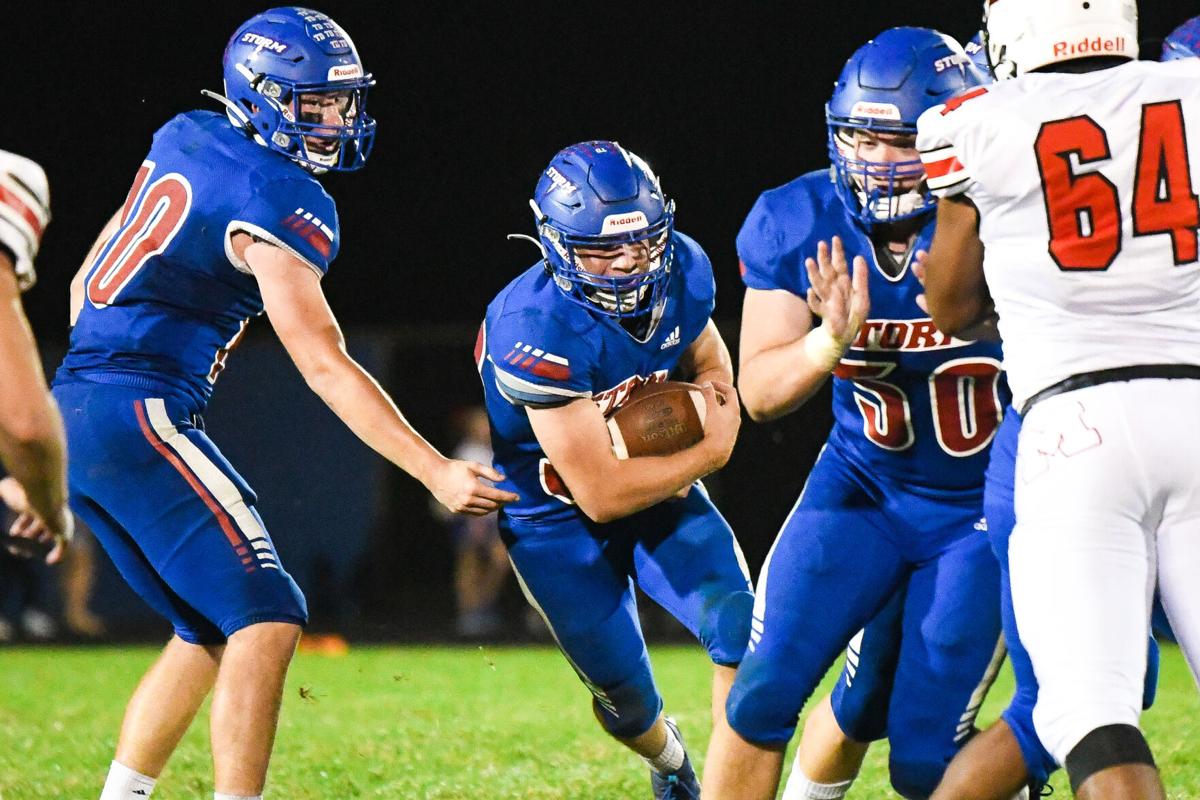 Camanche’s Eric Kinkaid looks for a gap after a handoff from Michael Delzell.

Camanche defense pulls down a Monticello runner during the Storm’s loss to the Panthers on Friday night 55-13.

Camanche’s Tuckert Dickherber makes a catch that would turn into a touchdown for Camanche in their 55-13 loss to Monticello Friday night.

Camanche’s Eric Kinkaid looks for a gap after a handoff from Michael Delzell.

CAMANCHE – It wasn’t a pretty homecoming effort for the Camanche football team, who fell to Monticello 55-13 Friday night for their first district loss of the year.

The Storm came out of the gates with the hot start. On the first drive of the night, Eric Kinkaid put together a couple of big runs for first downs and quarterback Michael Delzell kept the plays moving. Eventually, Tucker Dickherber carried the ball in from 15 yards out for the first touchdown of the game after a three minute drive.

On the kickoff, though, the Panthers found a wide open hole on the right side of the field and ran nearly the length of the field in front of the home sideline. They scored two plays later to tie it up.

“I thought we had a good game plan in but we struggled executing it at times,” Coit said. “They have some really good athletes in there and they were able to find some holes.”

After going three and out, the Panthers put together another long march up the field. On three different occasions, the Storm had forced a third down but couldn’t stop the Panthers from moving ahead for the first down.

It ended with another touchdown at 11:08 in the second quarter.

It kept snowballing from there. By halftime it was 28-7. It still felt like there was a fighting chance for the Storm to make a move but the Comets came out of the locker room and struck again.

“At halftime, our goal was to get a stop coming out. We didn’t, and when you need that stop and don’t get it, it can deflate you a little bit.”

The Storm did score once more by the final buzzer. Quarterback Michael Delzell sent a long pass down field to Tucker Dickherber, who pulled it down amid coverage and dove it into the endzone.

Other than that, the offense was hot and cold all night. Every once in a while, a big pass play or a break through run would spark some life into the Camanche sideline but it was never consistent. Delzell ended with two interceptions and the one touchdown pass.

“We had a couple penalties that brought us back and then they had some stunts we didn’t pick up well, that affected us, too,” Coit said. “Mike [Delzell] didn’t have as much time as he needed and had to make a quick decision.”

The Panthers continued to make play after play that kept their drives moving. Many of the back breakers came on shorter passes to Caleb or Conner Sauser that were just long enough for first downs.

“We kind of changed up what we’ve been doing defensively a little bit because in all the other games, they’ve had a ton of deep balls,” Coit said. “At first, we were going to let them have the 8-9 yard stuff and use the old cliché bend but don’t break type thing. We obviously broke too many times tonight.”

The clock went continuous just five minutes into the fourth quarter when the Panthers scored again to make it a 48-13 differential.

A punt return by Caleb Sauser added injury to insult before the end of the game.

The Storm (3-3) travel down Hwy. 136 next week to take on local rival Northeast.

“If we play like that the rest of the year, we’re not going to win,” Coit said. “This game is one of those where we essentially have to flush it and move on to next week.

“We know no matter what the records are, Northeast and Camanche is going to be a battle. They’re playing really well right now, they have some good athletes and we’re going to have to be ready to go.”