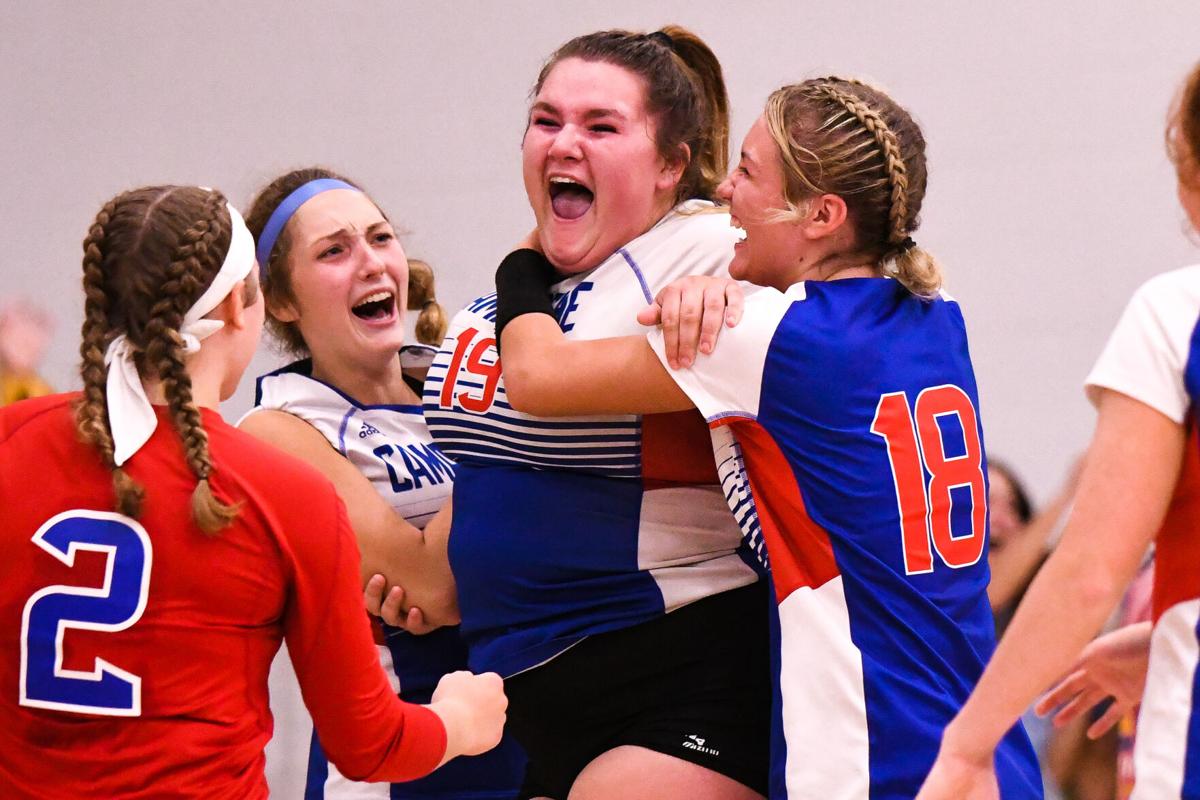 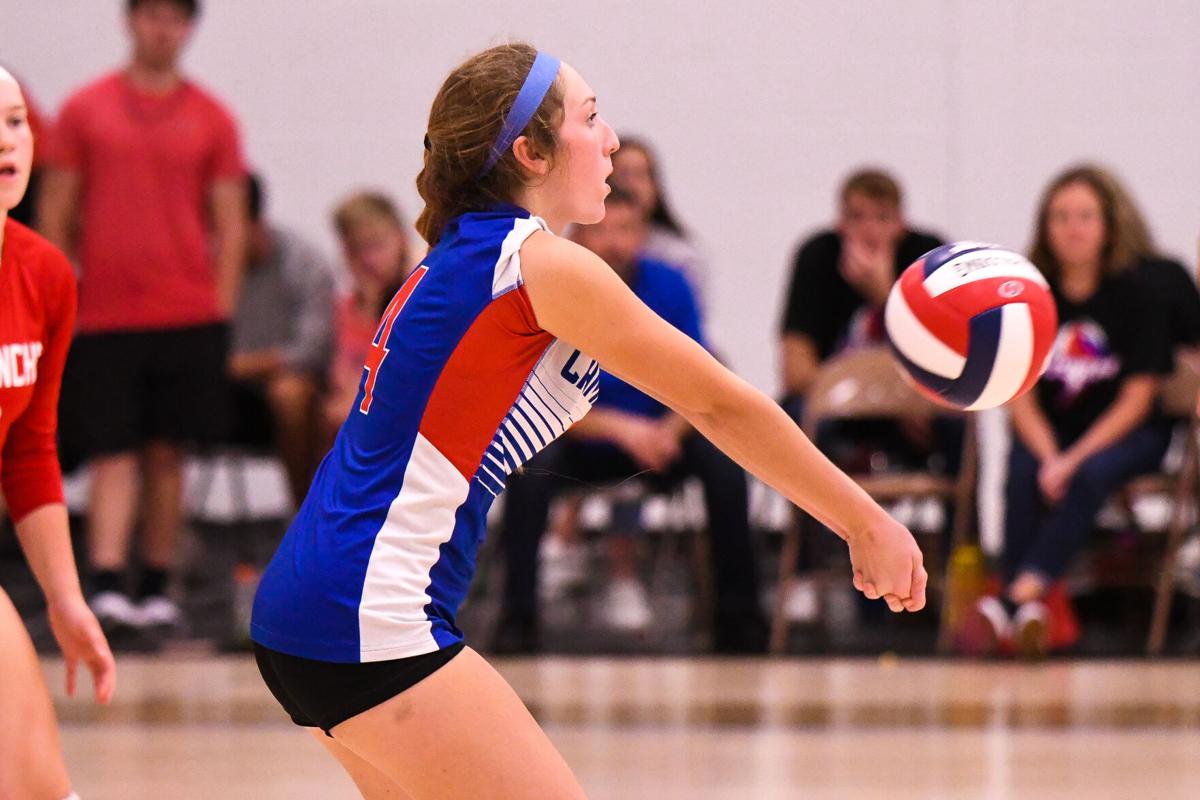 Camanche senior Aubrey Carstensen passes up a ball during the Storm’s victory over Durant Thursday. 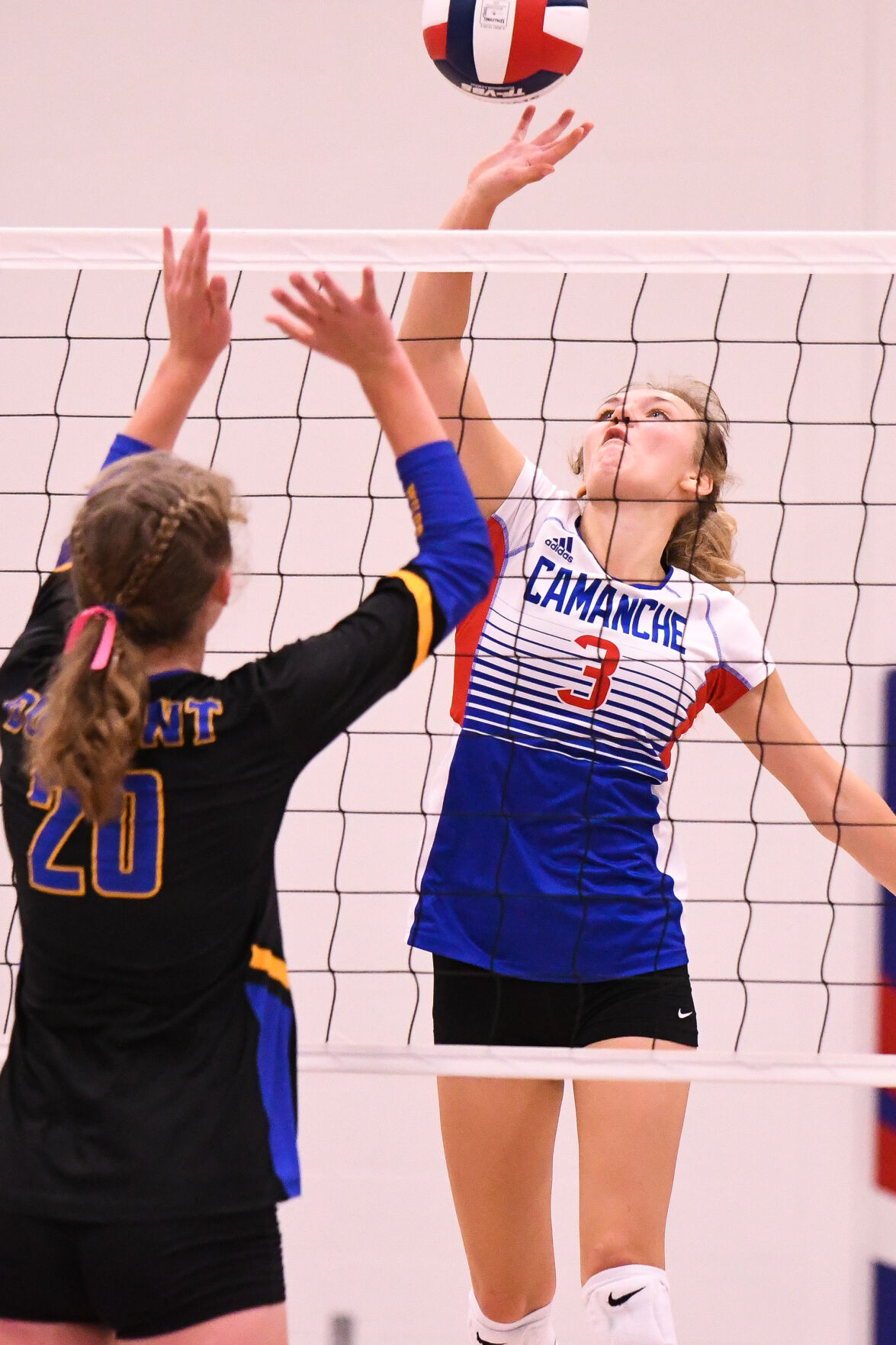 Camanche senior Jamie Robertson attacks a ball at the net during the Storm’s win over Durant Thursday.

Camanche senior Aubrey Carstensen passes up a ball during the Storm’s victory over Durant Thursday.

Camanche senior Jamie Robertson attacks a ball at the net during the Storm’s win over Durant Thursday.

The Storm were playing their last regular season home game.

They were celebrating Senior Night.

They were playing on their brand new high school gym floor for just the second time after playing the majority of the season in the middle school due to construction.

“Winning on Senior Night, that really brought us up,” senior Abby Beal said. “I think we wanted to win.”

With one last point off of an Beal serve, the Storm collapsed to the center of the court to celebrate their first conference win. Beal served the final four points of the fifth set, including an ace. Camanche served 12 aces Thursday night, three coming from Beal.

The Storm had fallen behind early in that fifth that, trailing 7-3 to start off with. They then rattled off four in a row to tie the game back up.

The Wildcats and Storm exchanged some points, but the Storm took a lead off of an Abby Beal kill. With Beal serving, they closed out the win.

“I just pushed through it,” Beal said “Because I always know my team has my back.”

Camanche rolled Durant in the first set, leading 17-7 in no time at all. Kills from Aubrey Carstensen, Jamie Robertson and Miley Duritza were falling in all corners of the court and the Storm were playing with a confidence they haven’t had much of this year.

Durtiza ended up leading the team with 12 kills. Gracie Sanderson had nine and Aubrey Carstensen had eight.

“Everyone can play volleyball,” Robertson said. “We’ve done a really good job of keeping things fast-paced and I think that’s helping us gain confidence that we’re in the places we need to be. We’re confident that we can go out and do the job.”

After falling in Set 2, the Storm came out with that confidence again.

They were down a couple points but didn’t play like it, placing some well placed tips and pushes to pull back the lead.

“Corners and middle,” Beal said. “We saw it when we started playing. We’ve got to read it.”

Super scrappy defense was also digging up everything the Wildcats sent their way. Danika Dodson led the night with 13 digs, with Gracie Sanderson adding eight and Jamie Robertson adding five.

“We’ve really focused on getting both [offense and defense] down so we can just really compete and push points,” Robertson said.

Two straight hitting errors by the Wildcats closed out the third set.

Camanche fell behind quickly and never got back into Set 4, letting Durant tie the series once more and sending it to that final tie-breaking Set 5.

“The season hasn’t gone the way we wanted to, and we don’t want to end it that way. We’re really trying to push and grow as a team more and I think we’ve done a really good job at that.

“To finish my career and the season we’ve played with a win on this court is really special.”

The Storm (2-27, 1-7) play in the River Valley Conference tournament next week, starting in Cascade.

“There were a couple times where we got down by a few points and they could have easily just buckled and given up,” Camanche head coach Heather Clark said. “But they fought back. This is what we’ve been talking about.

“This is the perfect time to be where we are at right now – at the end of the season.”

CLINTON – The Clinton volleyball team rebounded from a Tuesday conference loss with a Mississippi Athletic Conference sweep over Muscatine at home on Thursday night at Yourd Gymnasium.

Makayla Howard impressed in the front row with a whopping 27 kills off her attacks through the three sets. Kailyn Graves added another 12 and Payton Luett had six.

Howard also had a team-high 18 digs. Ashtyn Dohrn finished with 17, Jamie Greenwalt had another 15 and Payton Luett added 10.

The River Queens (8-16) head to Center Point Urbana this week for tournament play before returning to conference action next week.