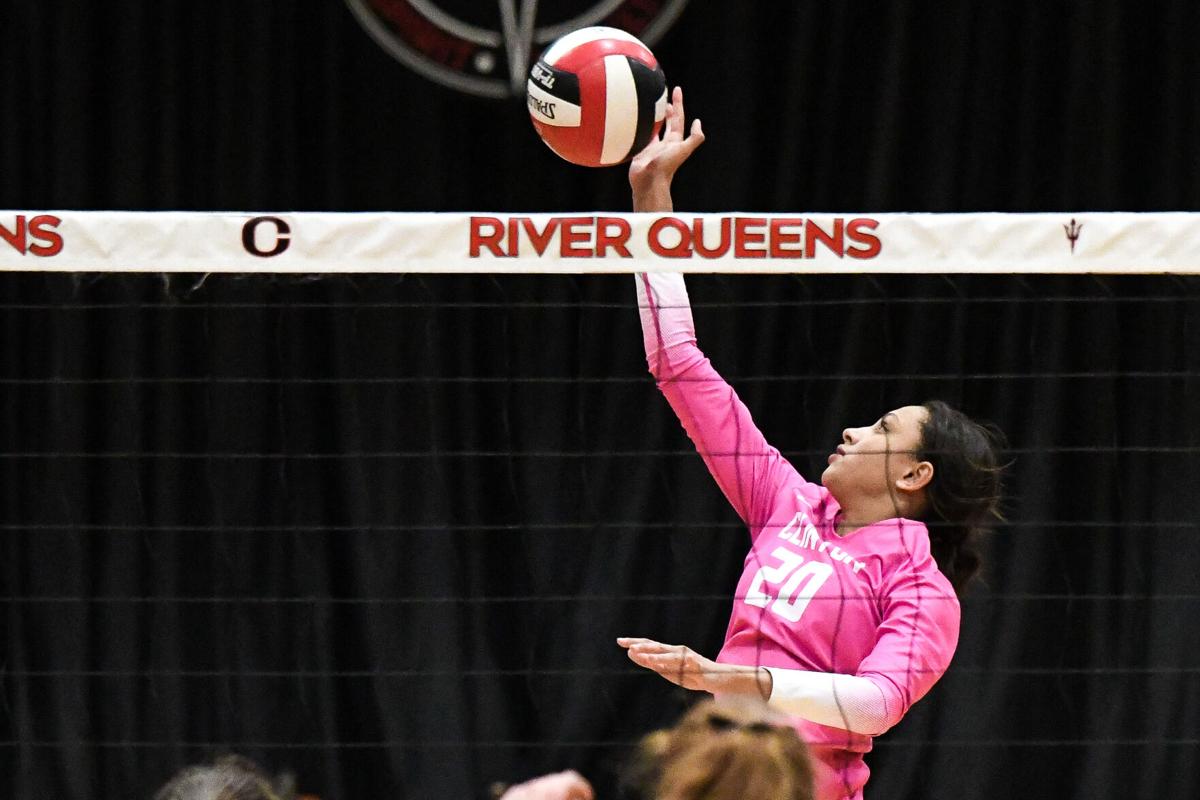 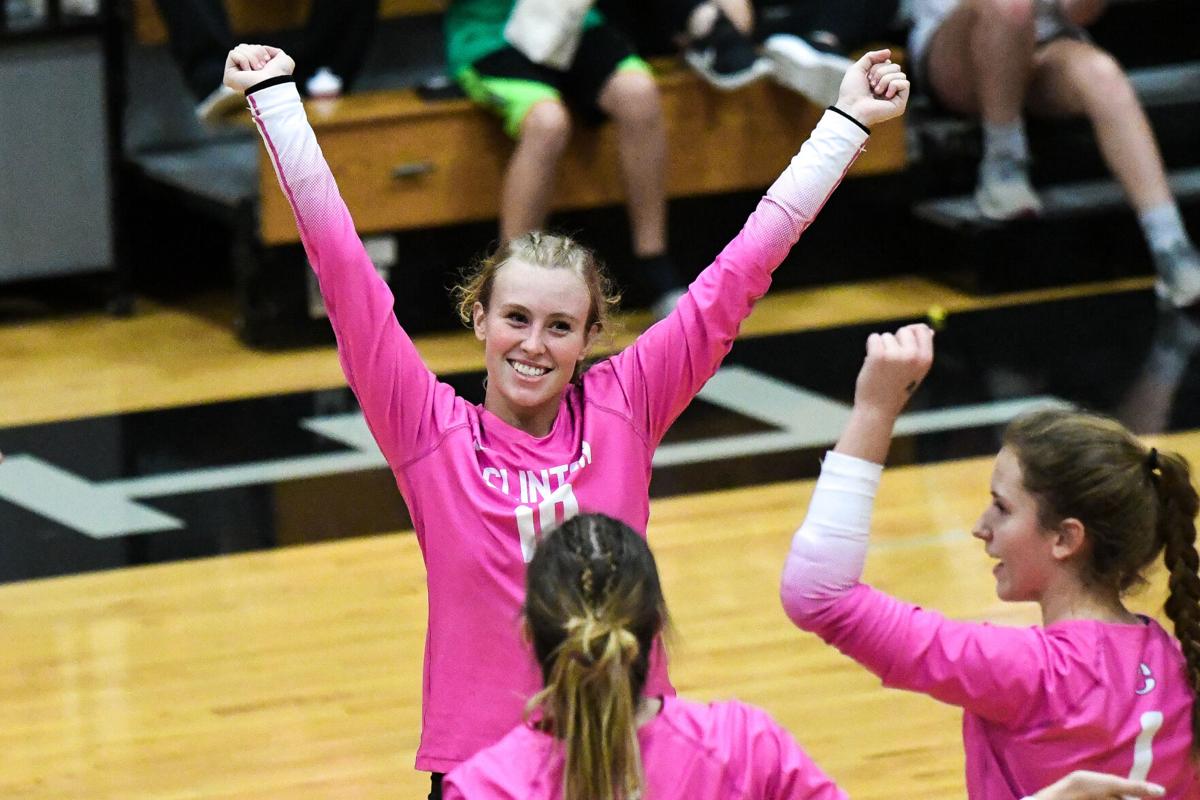 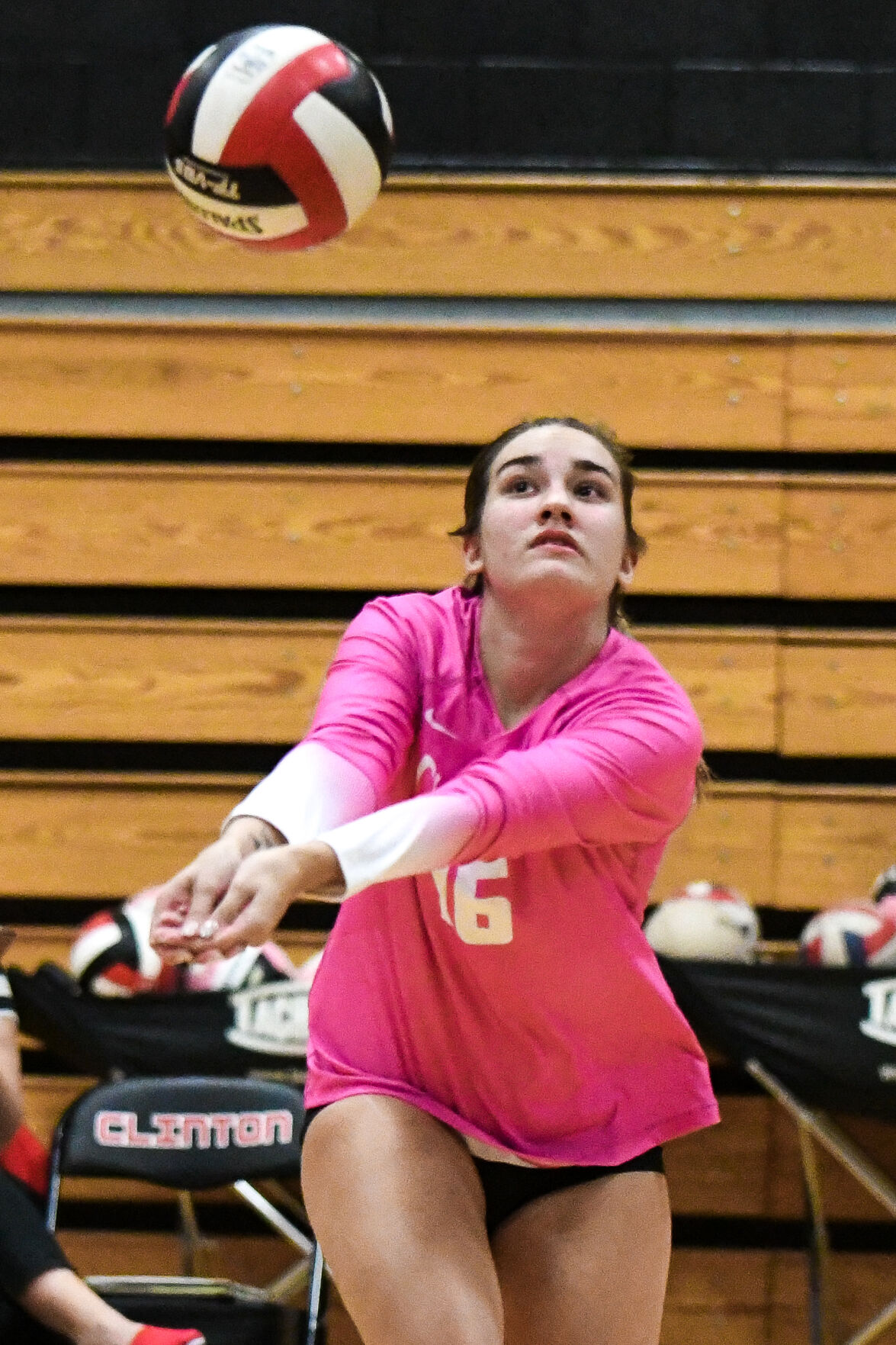 Clinton’s Kailyn Graves passses up a ball during the River Queens’ win over Maquoketa Tuesday night. 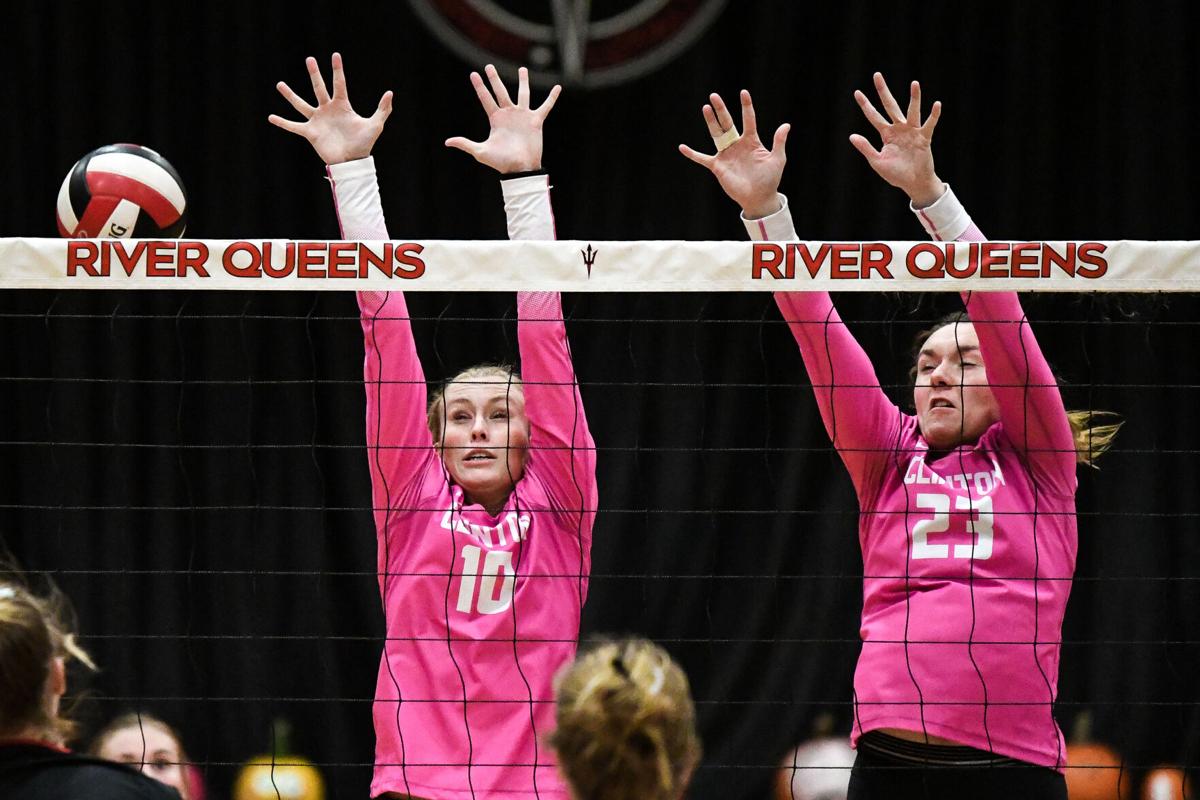 Clinton’s Kailyn Graves passses up a ball during the River Queens’ win over Maquoketa Tuesday night.

CLINTON – With one last chance to play in Yourd Gymnasium in front of a home crowd, the Clinton River Queens grabbed the opportunity to take a postseason sweep.

After a shaky first set, Clinton downed Maquoketa in three sets on Tuesday night in Clinton in the first round of regional play 28-26, 25-13, 25-16.

“It’s always nice to play on your home court,” head coach Micah Cewe said “The first set was kind of shaky. We were playing with nerves and we played not to lose instead of playing to win. I was proud of our girls’ effort. I was proud of how hey battled to get through that first set, then sets two and three kind of rolled in our favor.”

The nerves Cewe referenced as plaguing the River Queens caused some uptight play when they started the first set Tuesday. They grabbed a lead, but the Cardinals worked their way back in and took a one-point lead by the time the scores hit 20.

Tied 23-23, a long rally ended in a Maquoketa hitting error to give Clinton a lead. The next play, Maquoketa placed a long push in the corner and the Queens weren’t able to play it.

A trio of error left Clinton leading 26-25, and then the Cardinal tipped over the Queens’ block on the outside to tie it once more.

Makayla Howard came out with a big backrow kill to give Clinton their final lead and they finished it the next point.

Howard led the offense once again for Clinton, finishing with a team-high 15 kills through the three sets. Payton Luett had nine and Kailyn Graves and eight.

Howard was the go-to for setter Jamie Greenwalt at multiple tight points in the first set.

In the second set, the game was back and forth and tied at 11-11. From there, the Queens went on a 14-2 run to dominate the rest of the game.

“I felt really confident,” Howard said. “It was a lot of fun to be out there, knowing we could have fun playing the game and not be nervous like the first set.”

Long rallies and big swings littered Set 2. The hitting errors diminished and the Queens looked more comfortable at the net then they did.

“We need some spark of energy when we put the ball away or have a long rally. Anything that gives us adrenaline, and then we move on to the next point. It helps when we use something to motivate us.”

In one, Kailyn Graves got three straight passes to the outside as the Queens tried to get back into system. Graves swung smartly at each one, putting the third down for the kill.

“We were being a little hesitant with our hits,” Kailyn Graves said. “Obviously, we didn’t want to lose this game. We played a lot more confident in the second and third set. Our coaches really gave us more confidence in our swings.”

Staying smart was a key to rolling through Set 3.

“We felt a lot more energy,” Graves said. “In the gym, on our bench and even in the stands. You could tell there was a difference in the energy.”

The Queens jumped out to a 4-0 lead and kept control of the game from there.

Howard also led the Queens in digs with 15, while Trinity Smith ended in double digits as well with 10. Payton Luett added another nine and Jamie Greenwalt had seven. Greenwalt also had 24 assists for the Queens Tuesday night.

Ali House and Payton Luett each had two blocks a piece.

Clinton moves on in the Class 4A Region 5 bracket. They’re up against the No. 1 team in the state, traveling to Western Dubuque on Thursday night.