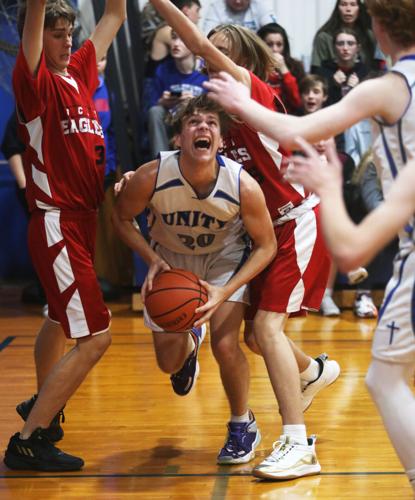 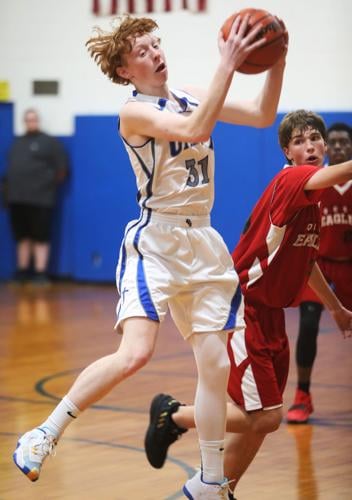 Unity’s Jackson Paisley hauls in a pass during their game against Quad City Christian, Tuesday, November 22, 2022, in Fulton.

Unity’s Jackson Paisley hauls in a pass during their game against Quad City Christian, Tuesday, November 22, 2022, in Fulton.

It was a struggle all night for the Knights as they could not finish inside the paint. On the other end of the court they had trouble rebounding, giving up a lot of second chance points.

Unity scored first, going up 3-0 to begin the game. It was a slow start from both sides as the Knights held a 3-2 lead after three minutes of play.

The Eagles took an 8-7 lead into the second quarter. The Eagles scored to open the quarter but Jackson Paisley answered for the Knights with a nice layup through contact.

Unity tried to get the ball in the paint but they were forcing up too many shots and could not get much to fall. Their interior defense became weaker as the game went on and the Eagles took a 29-18 lead into the half.

The Eagles went on a run out of the half, extending their lead to 48-30. Frustration began to build for the Knights and they were not getting good looks.

The lack of rebounding on the defensive side of the ball hurt them even more as they trailed 55-37.

More of the same continued in the fourth quarter and the Eagles cruised to victory 76-53.

Unity moves to 1-1 on the year and will play again at home next Tuesday against MSA.