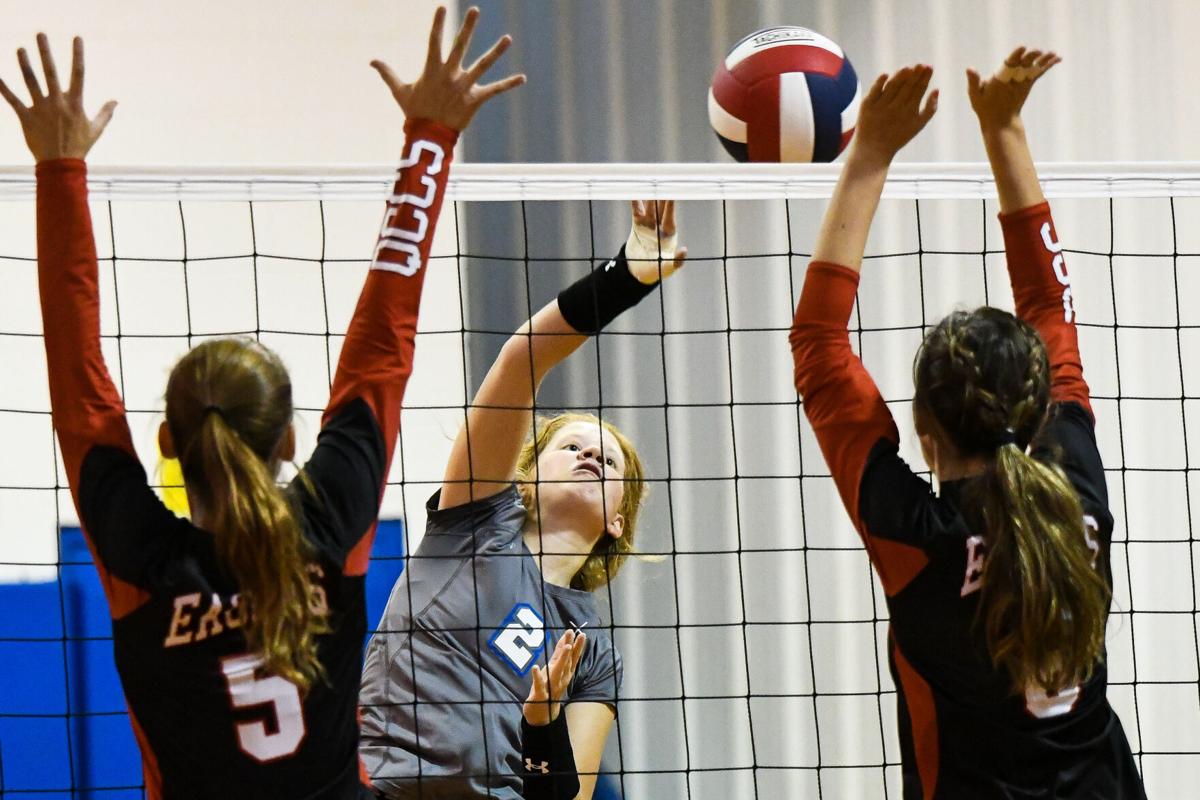 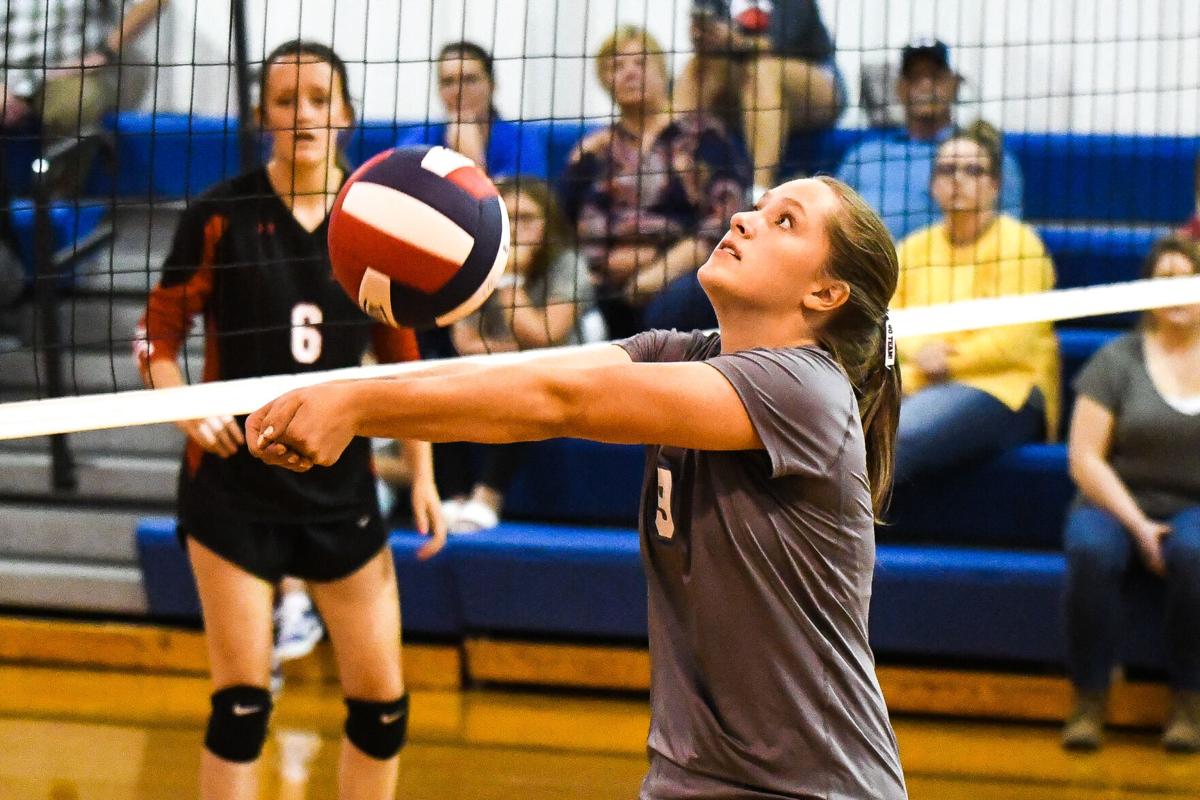 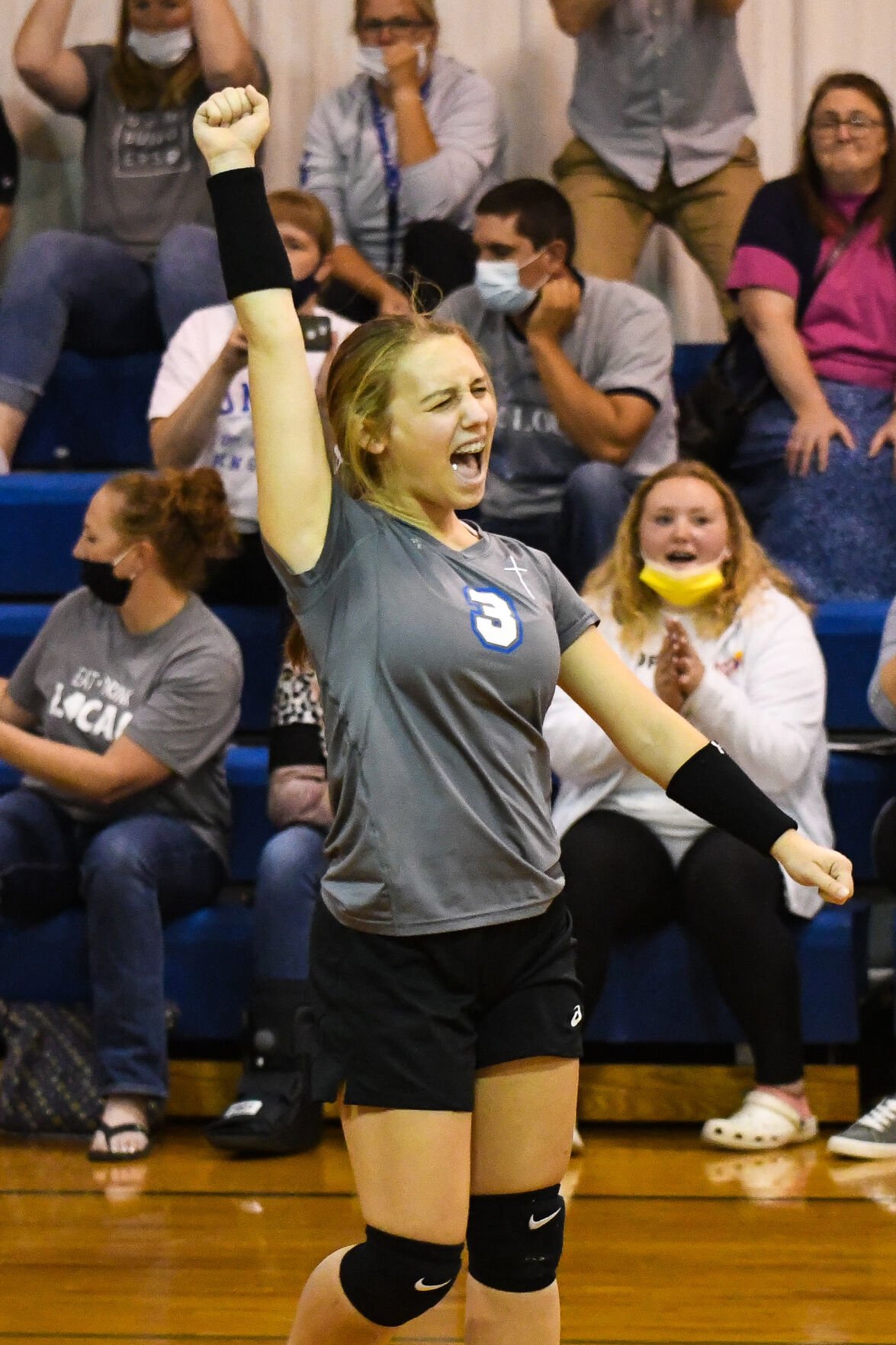 FULTON, Ill. – An experienced group of Unity Christian volleyball players used 18 service aces on Thursday night to hold off Quad City Christian and come out with a conference sweep.

The Knights beat the Eagles 25-8, 26-24 and 25-15. The Knights came out with confidence and power behind their serving, jumping out to a led quickly.

“We have some tough servers,” Behr said. “Some really good, hard servers and consistent. It really helps to build that energy and keep that momentum on our side. It brings that cohesiveness together. We rely a lot on our serving and our passing.”

It was a similar story to start the second set.

The Eagles started picking up ground about halfway through the second set. A few errors and some strong serving from the Eagles through the Knights into a bit of a flux.

That’s where the experience came into play for the Knights. Maizie Wicklund sent an attack of the net which the Eagles weren’t able to return, and then Carrie Willoughby finished the extra-point set off with a kill.

“Volleyball is so mental that way,” Behr said. “The momentum can just go back and forth so easily. They kept that focus, even when it was getting really close down to the wire. They held it together.”

The Knights cruised in Set 3 for the sweep.

Allison Tegeler not only led the aces for the the Knights, but knocked down seven kills for a team high. Emily Merema had six and Olivia Woessner had another five.

“We’ve got some confident players,” Behr said. “We’ve been working on it, even if the set is up, stepping up for the down ball or back row attack.”

Maizie Wicklund led the back row with five digs, while Tegeler and Carrie Willoughby added four a piece.

“We gave ourselves a lot of options tonight,” Behr said. “Passing leads to a lot of options and we can use not just one hitter. We have a lot of well-rounded players, it’s not like we have just one player, our whole team is solid.”

The Knights were missing junior Michelle Striley from the lineup on Thursday night, throwing a new look onto the court. Even with a couple moments here and there where things were off, they were upbeat and dominant through the majority of the game.

“We threw a setter into a brand new position and I think our veterans did a really great job,” Berh said. “Welcoming a new sub, being encouraging. We want that talk so we can build that now and in the future.”

The Knights have six upperclassmen – including two seniors – who have a plethora of varsity playing time. Most of them started for the Knights when they were freshmen and are in their third or fourth year of playing at that level of competition.

That experience is paying off.

“They’ve become more confident,” Behr said. “It takes time for volleyball to gel, and it’s been a benefit that they’ve been playing together since freshman year. They’re well-rounded, they just enjoy playing together and playing any sport. They’ve put a lot of time into the offseason.”

Even though the group may have lost more often than not while playing as underclassmen, the adversity they faced then has made them strong in the Northern Illinois Christian Conference, where they’ve lost just one game this season (Tri-State Christian).

“It didn’t overtake their mental game,” Behr said. “They found what they wanted to work on, worked to get better and play in a way that represents our school well and represents Christ well. I like that about these girls through the years. They haven’t let adversity get to them.”

The Knights (11-3) will now look forward to a home game on Monday night, welcoming Galesburg Christian to Fulton. The Knights are gearing up for the NICC tournament, which starts next Friday in Fulton and continues Saturday at Northeast High School in Goose Lake.