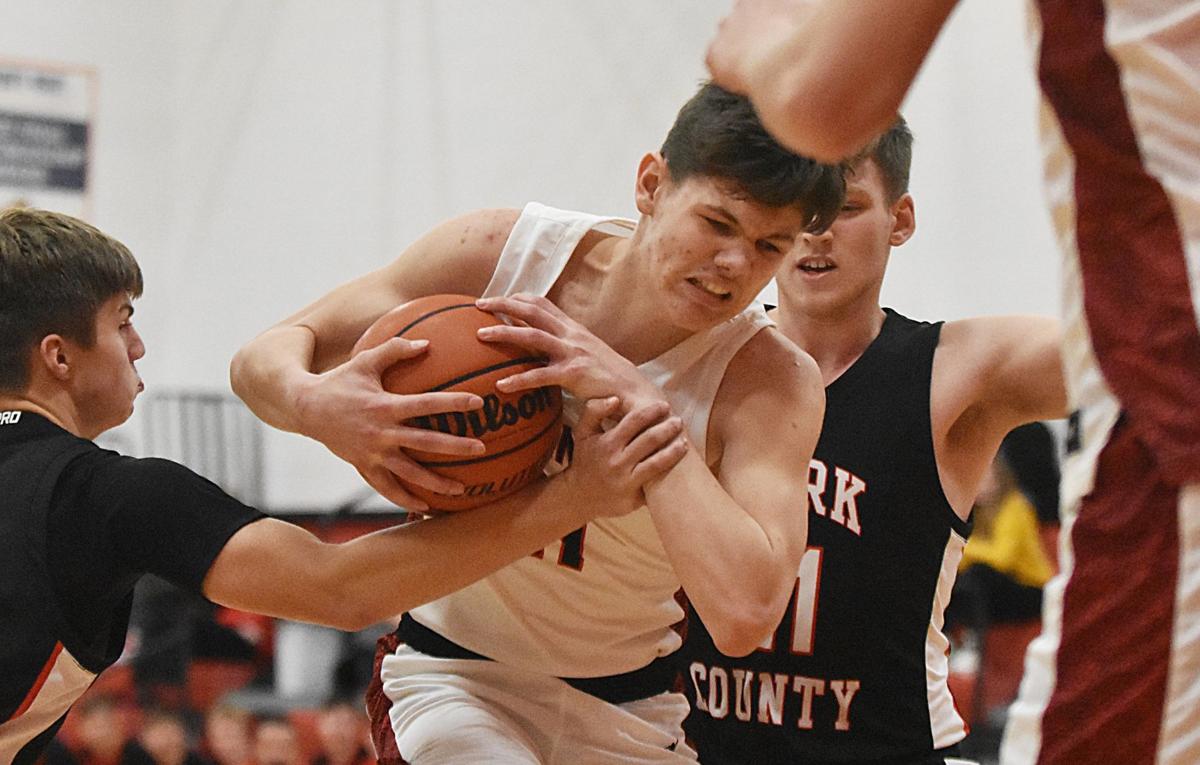 Fulton junior Kyler Pessman fights for a ball during the Steamers’ 70-37 win over Stark County on Monday. 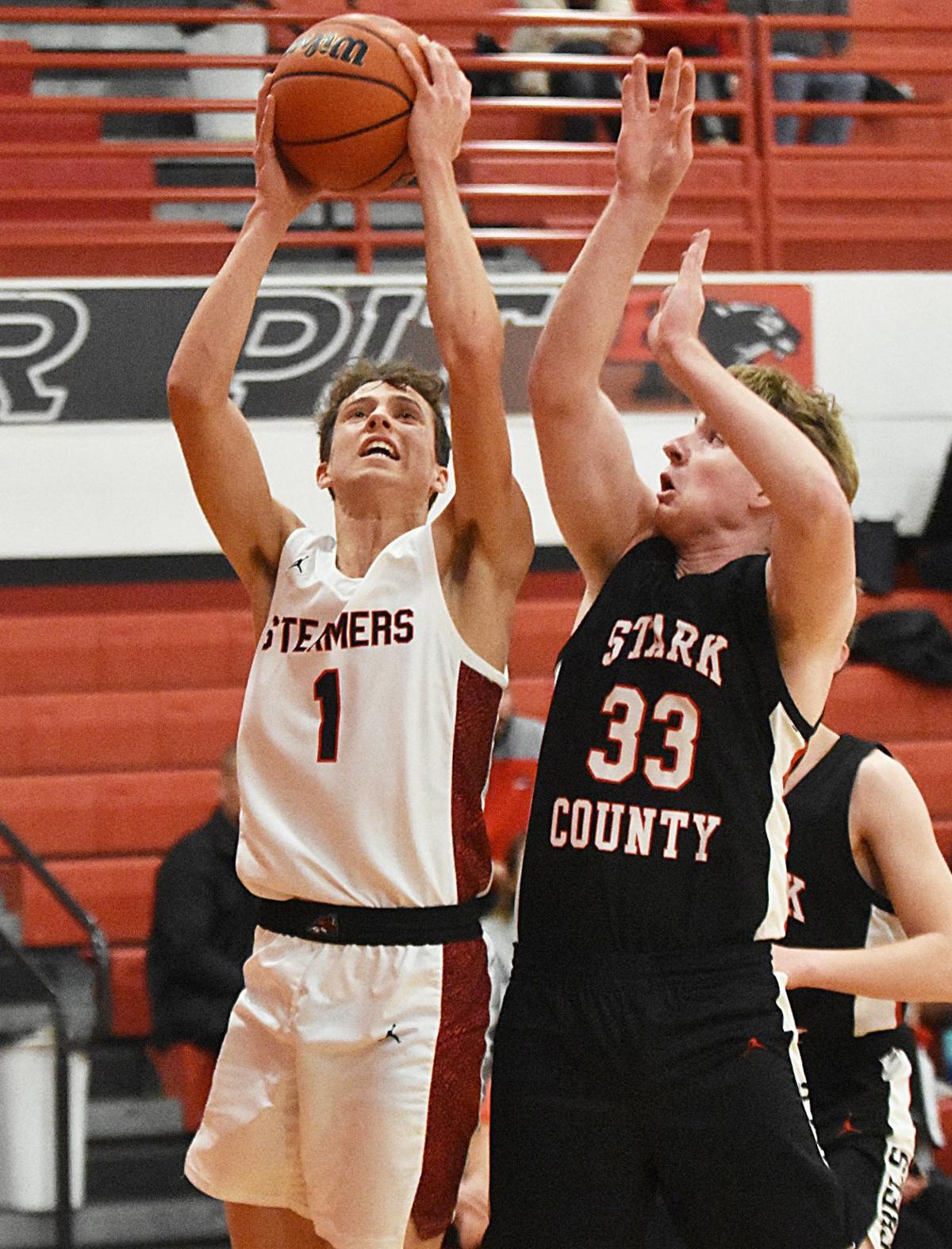 Fulton’s Conner Barnett shoots a shot from the block during Fulton’s win on Monday. 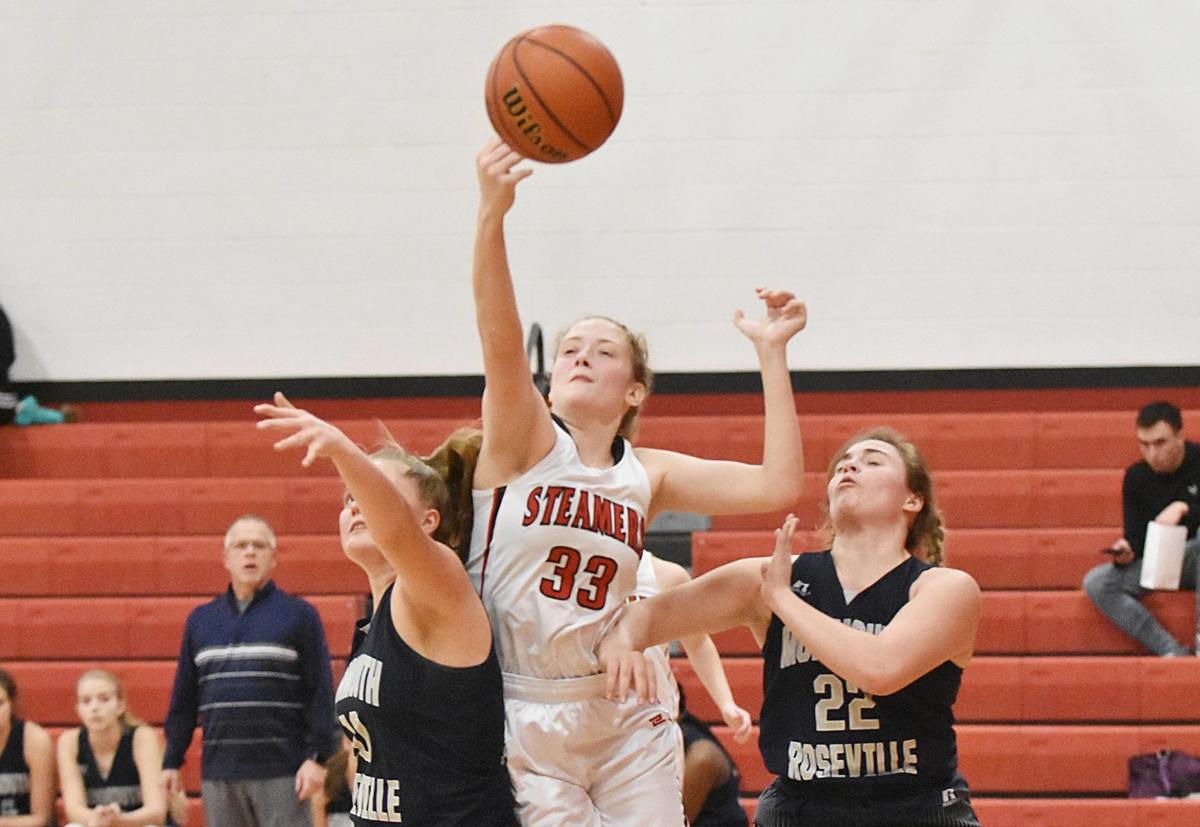 Fulton’s Kylie Collachia reaches for a pass over Monmuth-Roseville defense during Fulton’s loss at the Erie Cliff Warkins Memorial Tournament on Monday afternoon.

Fulton junior Kyler Pessman fights for a ball during the Steamers’ 70-37 win over Stark County on Monday.

Fulton’s Conner Barnett shoots a shot from the block during Fulton’s win on Monday.

Fulton’s Kylie Collachia reaches for a pass over Monmuth-Roseville defense during Fulton’s loss at the Erie Cliff Warkins Memorial Tournament on Monday afternoon.

ERIE, Ill. – The Fulton boys basketball team cleaned up a slow start and dominated Stark County to end their holiday tournament on a high note.

The Steamers went 3-2 overall at the Cliff Warkins Memorial Holiday Tournament, including their dominant 70-37 win over Stark County.

Just 30 seconds into the contest on Monday, head coach RJ Coffey was yelling “Clean it up” from the sidelines, calling a timeout minutes in and after three straight missed shots from the paint (two layups).

The Steamers came out and did just that, playing well enough to take a 16-11 lead after eight minutes of play.

The second quarter was where they really set the pace of the game. Their pressure defense turned it up in the back court, with guards like Brock Mason, Conner Barnett and Kyler Pessman putting the pressure on and creating traps as soon as Stark County got the ball in-bounds.

Mason was flying around, getting touches defensively while pushing the ball up the floor for the Steamers. Their defense looked good, getting more confident and causing more turmoil as the half progressed.

Meanwhile, Bradlee Damhoff was putting in work in the paint. Of his 18 game points, 14 of them came in the first half when the Steamers were still looking for their offensive spark.

Led by the defensive effort, the Steamers held their opponents to just three second-quarter points and took the 33-14 lead into the halftime break.

Conner Barnett had 20 points in addition to Damhoff’s 18.

The boys finish the first half of the season 10-5 overall, while staying perfect at 3-0 in the Three Rivers Athletic Conference.

Their next contest comes on Saturday, Jan 4, when they welcome Polo to Fulton for a matinee contest on Stan Borgman Court.

The Fulton girls team ended their time at the Cliff Warkins Memorial Tournament with a heartbreaking loss after leading by double digits multiple times throughout the game.

The Steamers fell 60-55 to Monmouth-Roseville.

“That’s a good basketball team,” head coach Mike Menchaca said. “They put up a lot of points usually. We panicked and it led to turnovers, we’re just hoping we can get better by conference time.”

With just one minute remaining and down by seven points, senior Kylee Sweenie came out of a timeout huddle and drained a three right in front of their own bench to cut the lead to four. However, the Steamers couldn’t get the stop without fouling.

And once they did, they let two consecutive offensive rebounds go into the hands of Monmouth while the clock ticked away at their chances to recover the lead.

Before that, it had almost looked like the Steamers were going to get a blowout win to cap off the tournament.

After the Steamers found Emily Schipper on a lob pass for an easy bucket, Liz Fish nailed a three from the baseline. Emily Schipper then notched her first steal of the night, ending the play with a short jumped to kickstart the Steamers to a 7-0 lead.

Monmouth-Roseville started to kick up their defensive pressure a little bit, but the Steamers still had a comfortable 20-11 lead at the quarter.

In fact, they had that same cushion (nine points) at the half as well. That’s when the chaos started.

Monmouth-Roseville came out with a backcourt pressure on the Steamers and it immediately caused turmoil. There were multiple points where Fulton couldn’t even get the ball in, let alone up the court and into an offense.

“It’s a speed thing, we struggle with speed,” Menchaca said. “When it gets in front of it we tend to panic. We talked about it at halftime, knowing they were going to bring the pressure, all we talked about was press break. We didn’t do what we talked about at all.”

Plus, Schipper and Fish both picked up their third fouls early on in the third quarter, not helping an already short bench situation.

They still had as big as a 14 point lead, but watched that disintegrate with turnover after turnover. Monmouth-Roseville tied it all up at 46-46 just before the end of the third quarter.

“We panic, we don’t see the easy pass when there is someone in front of us,” Menchaca said. “It’s just don’t turn the ball over and make our layups, we just missed them.”

The Steamers fall to 8-9, and now play Prince of Peace in a local battle across the river on Thursday, Jan. 3, taking place in Fulton. They then return home on Jan. 6 to welcome Sherrard.