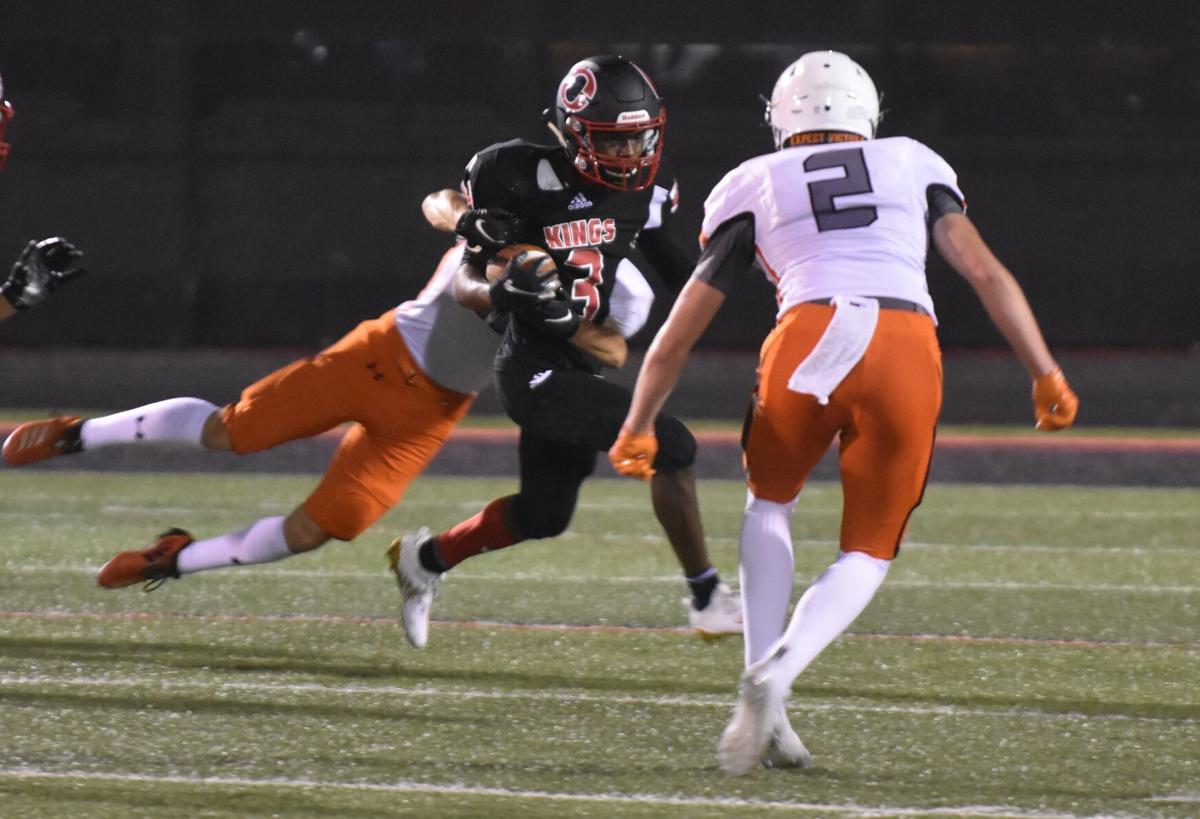 Clinton’s Jamari Jones (No. 3) tries to evade West Delaware tacklers during the River Kings’ 55-6 loss to the Hawks on Friday, Sept. 4. 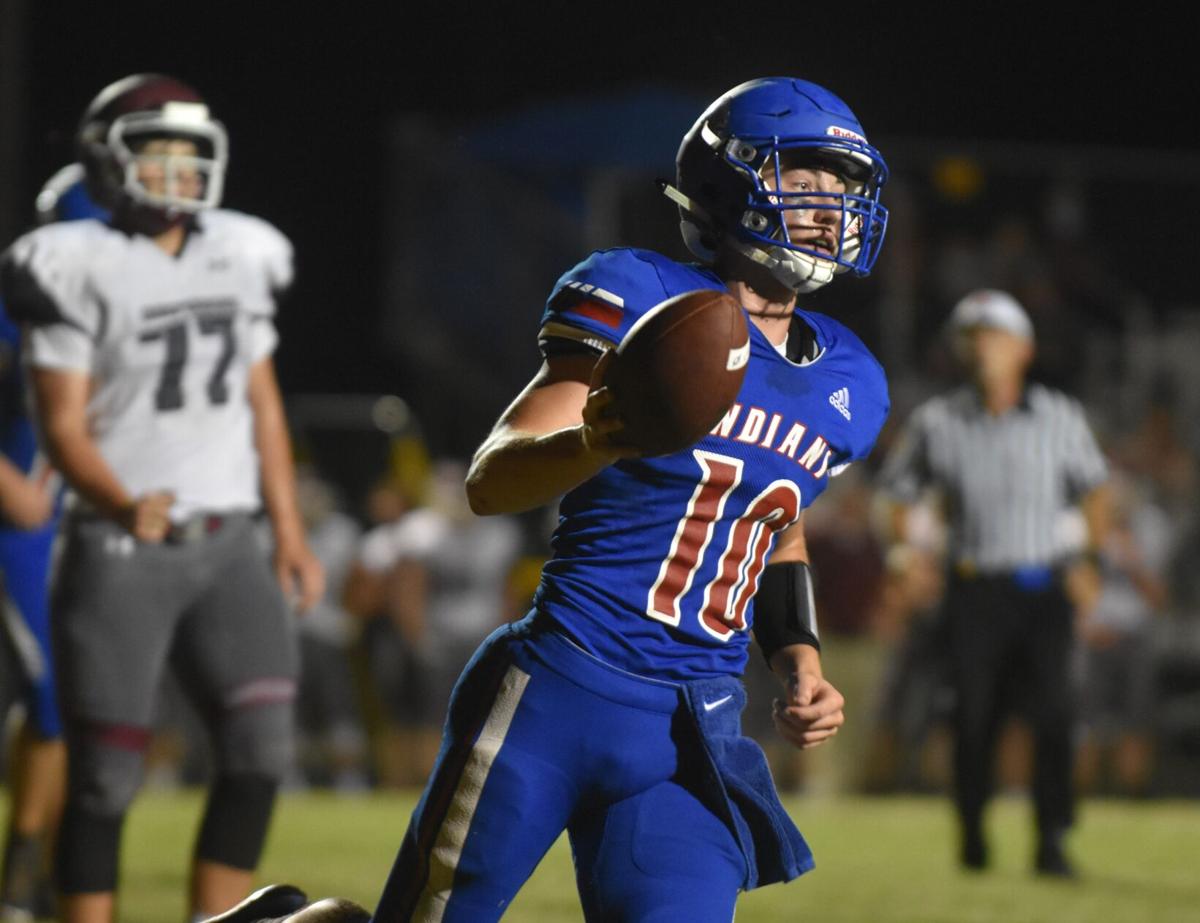 Camanche quarterback Michael Delzell (center) runs in a touchdown against Independence on Friday, Sept. 4 in Camanche.

Clinton’s Jamari Jones (No. 3) tries to evade West Delaware tacklers during the River Kings’ 55-6 loss to the Hawks on Friday, Sept. 4.

Camanche quarterback Michael Delzell (center) runs in a touchdown against Independence on Friday, Sept. 4 in Camanche.

On the first drive of the game, Hawks running back Wyatt Voelker punched in a one-yard touchdown run.

Following a River Kings three-and-out on the ensuing drive, Wyatt Voelker returned a punt for a 56-yard touchdown.

After that, it was another Clinton punt and another West Delaware touchdown, as Voelker scored on a nine-yard run.

The Hawks’ Kyle Cole scored on a 10-yard run which gave West Delaware a 28-0 lead by the end of the first quarter. Cole would score again later in the second half on a one-yard carry.

Clinton’s Addison Binnie scored on a 16-yard touchdown run with 8:55 left in the quarter, making the River Kings the first team to score on West Delaware this season.

Camanche got the win on its senior night against a team frequently ranked in top-10 polls across the state of Iowa.

“It feels good,” Camanche coach Dustin Coit said. “Especially coming off a loss last week against a team we could have beat. (Independence) came in, stud running back and we took care of business. We bottled him up most of the night.

“Our kids just balled out and played well tonight. It was awesome to watch.”

After taking a 14-6 first-quarter lead, Camanche stopped Independence on fourth down to force a turnover on downs at the Indians’ own 32-yard line to begin the second quarter.

A few plays later, Indians receiver Tucker Dickherber made a 14-yard reception to give Camanche 2nd-and-goal at the Mustangs’ one-yard line. Delzell ran it in a play later to give his team a 21-6 lead.

The Mustangs scored before the half to make it 21-12 heading into the break.

Camanche wasted no time in the second half. Just 18 seconds in, Cade Everson scored on a 70-yard touchdown run to put the Indians up 28-12.

Independence responded with a 37-yard touchdown run from Marcus Beatty a few minutes later, but a two-yard touchdown pass from Delzell to Jordan Lawrence and a 46-yard TD run from Everson helped put the Mustangs away.

“This week, we had a lot of practices, got ourselves pumped up,” Everson said. “Yesterday we had a super good practice and just carried it on to today.”

The Rebels got the win on the road on Friday.

The Sabers got the job done at home Friday night.

Central DeWitt kicked things off with a 24-yard touchdown pass from quarterback Henry Bloom to receiver Kaden Schnede midway through the first quarter.

Following a fumble recovery, Bloom launched a 72-yard touchdown pass to Gibson McEwen down the sideline to put the Sabers up 28-0.

That was followed by a fumble recovery on the ensuing kickoff, and Bloom ran the ball in for an eight-yard score, and Central DeWitt led 34-0 at the half as it cruised to a win.