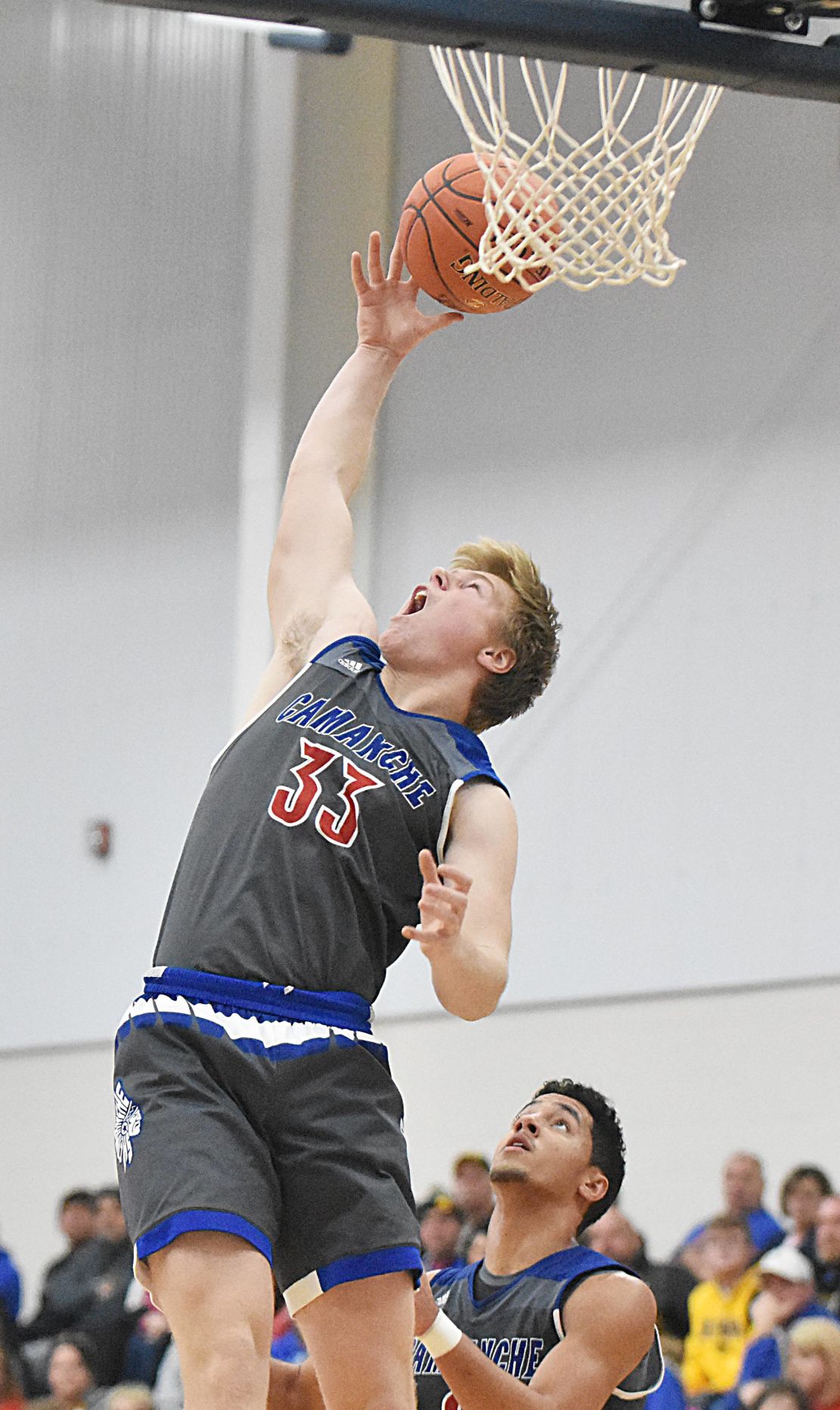 In this Herald file photo, Camanche’s Zayne Feller reaches for a rebound during a win over Northeast earlier this season. 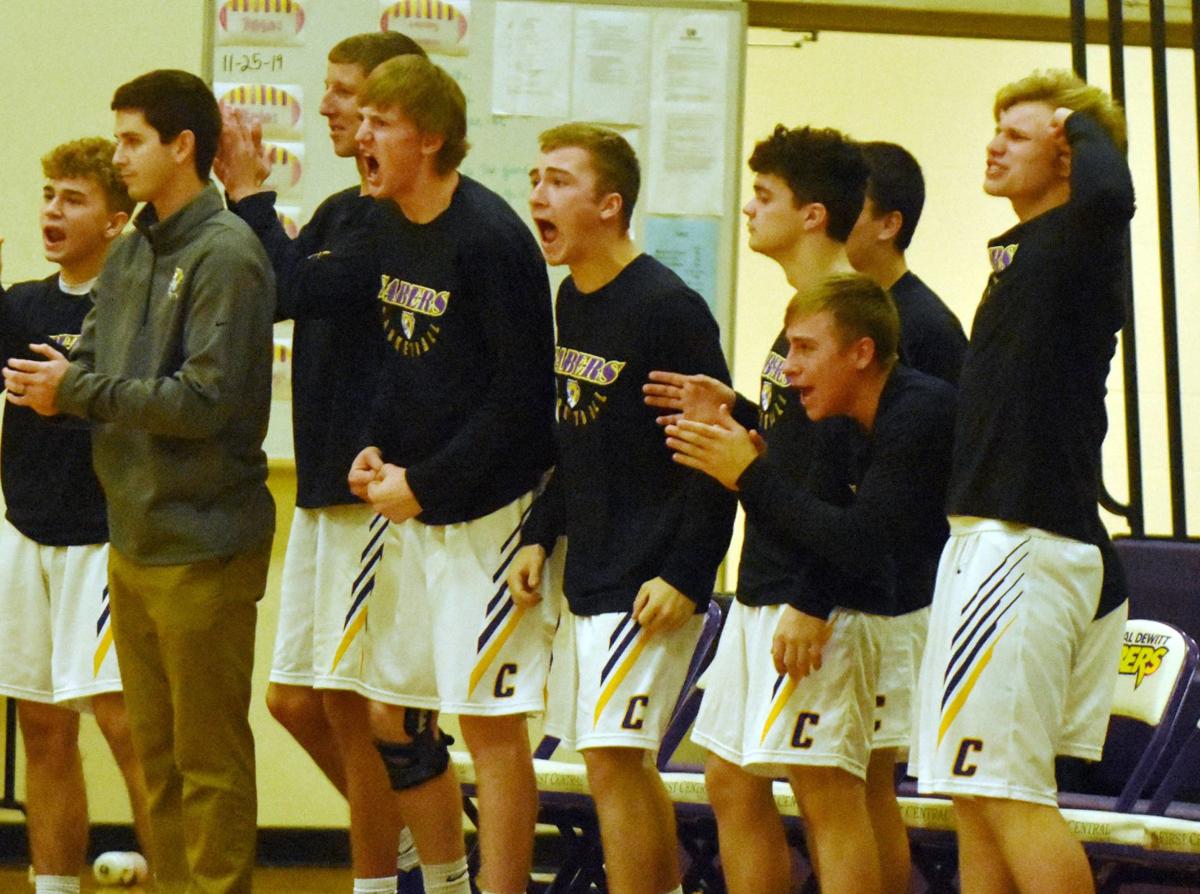 In this Herald file photo, the Central DeWitt boys’ bench reacts during a season opening scrimmage at home.

In this Herald file photo, Camanche’s Zayne Feller reaches for a rebound during a win over Northeast earlier this season.

In this Herald file photo, the Central DeWitt boys’ bench reacts during a season opening scrimmage at home.

We’re right in the thick of things as far as basketball in concerned.

In fact, we’re just about a month away from the first regional games kicking off, meaning it’s time that teams start to hit their stride before heading into the postseason.

It’a yet another big week for some of our local squads, so catch up with where they’re sitting before they suit up this week.

Both the Easton Valley boys and the Camanche boys remain unbeaten so far this year. No. 4 Easton Valley shouldn’t have much of a problem keeping things that way this week, but Camanche has a tough test coming to their home court.

The Monticello Panthers come to town on Tuesday. Monticello has been lingering just outside the state rankings all year, taking down Northeast handily last week.

However, Camanche has moved up to No. 2 in Class 2A (Associated Press). They’re sitting at 7-0, winning their last three games by 35 or more.

The Panthers have just one loss, a one-point affair against Cedar Rapids Washington. The Indians’ defense, which has been lights out as of late, will have to stop Justin Recker and Luke Lambert, who combine for 20 points a game.

On paper, though, both teams should come out of this week unscathed.

The River Kings haven’t won a game since Dec. 10, but have one of their best chances coming to town on Tuesday.

Burlington visits both the boys and girls Tuesday night at Yourd Gymnasium. The Grayhounds have just three wins on the year, one of them coming against Clinton’s lone victory Muscatine.

The Kings will have to look at the three-point shot, with the Grayhounds attempting 113 in their eight games so far, and shooting over 30 percent from there.

Meanwhile, the River Kings are looking for an offensive spark on their end. They were only able to put up 25 against Pleasant Valley last Friday and only 33 the contest before that.

None of the Kings are averaging about 10 points at the moment. Senior Max Holy has 9.4 per game, while Damarcus Knox is just under seven.

The girls are still looking for their first in and could be in the running to get it on Tuesday. The Grayhounds have just two wins, but have simalar scores against some common opponents: The Grayhounds lost to Muscatine 39-32 while the River Queens lost 39-29.

The girls are also looking for some offense. They’ve scored over 35 points just once this season and could use a bigger scoring game to move over to the win column.

The Fulton boys haven’t lost in the Three Rivers Athletic Conference yet, and they’re hoping to keep it that way.

They kick off the week with a non-conference game against Prince of Peace to shake off the dust a little after along weekend. They then welcome Rockridge, who also hasn’t lost in the TRAC yet.

The Fulton girls had a long break, their last game being on Jan. 9 against Orion. They’re hitting right at the .500 mark, and will be rested to take on a powerful Riverdale team on Thursday.

The Rams are 13-2 and haven’t lost in the conference.

The No. 10 Central DeWitt girls got a bit of a break in the toughest stretch of their schedule last week with the contest against No. 2 Marion being postponed due to weather.

They’re right back at it with No. 12 Maquoketa on Tuesday night, though. The Sabers lost their first of the year last week, a 2-point loss to No. 3 Center Point-Urbana. They’re looking to bounce back and move up the rankings.

The contest with Marion has been moved to mid-February.

The boys’ should come out the week with no additional losses, facing a struggling Maquoketa team on Tuesday and three-win West Delaware on Friday night.

The Rebels girls have been looking to take down a ranked opponent all year, and face two this week along with a winless one.

The 7-4 Northeast girls face off against the No. 1 Cascade team on Tuesday night. The Rebels lost their first meeting 59-27, although the Rebels have improved immensely from that first contest of the season.

They’ll take on a winless North Cedar on Friday at home, giving them another win on their record.

Saturday will be a big game for them. With a short turnaround, they’ll welcome No. 15 West Liberty to their home court. If the Rebels can beat the Comets, they’ll solidify themselves a tangible threat this postseason.

The boys take on solid North Cedar and Cascade squads but should come away without any additional losses on their 7-3 record.