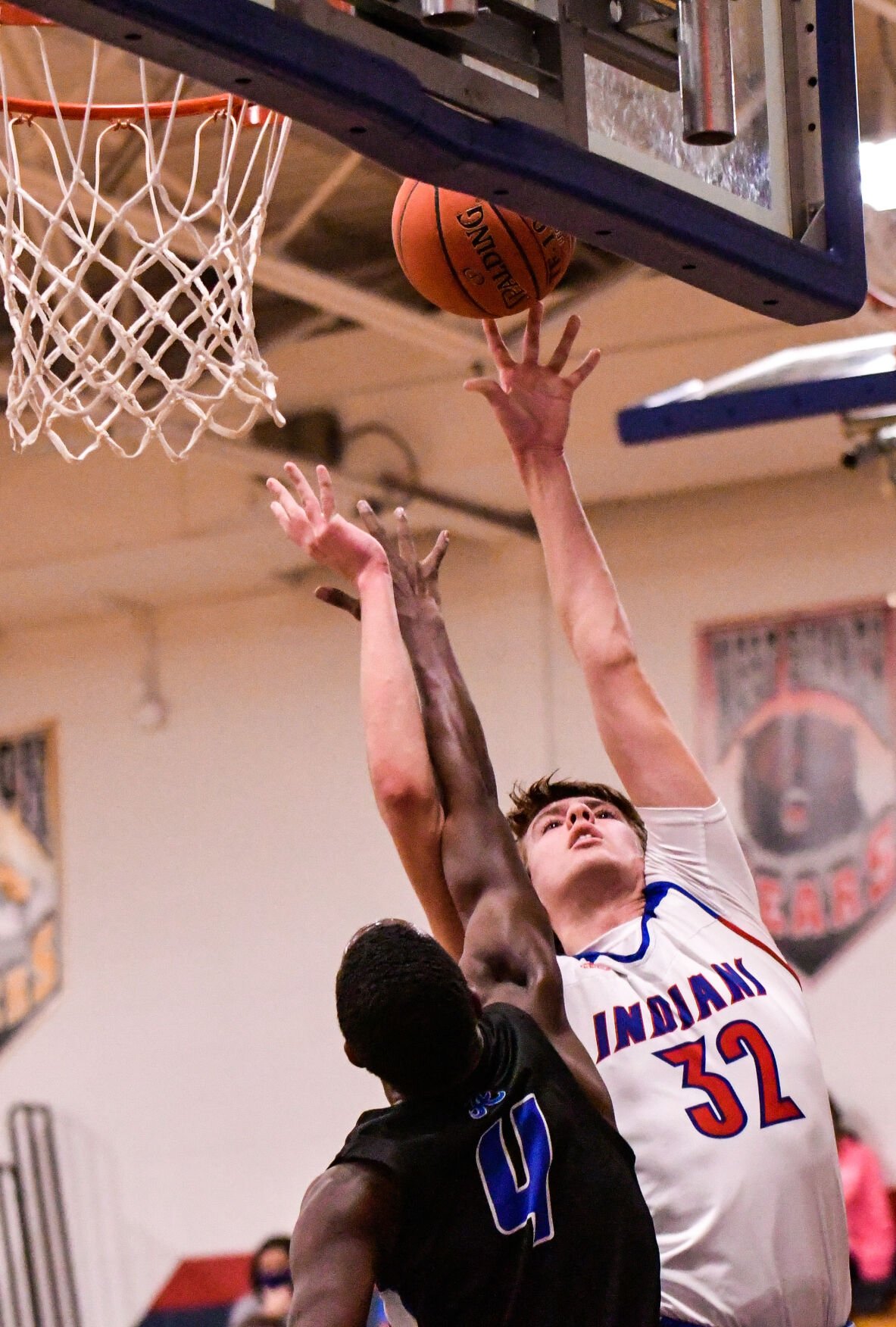 Camanche’s Zane Witt puts up a shot over pressure during the Indians’ win over Anamosa on Friday. Witt had 12 points. 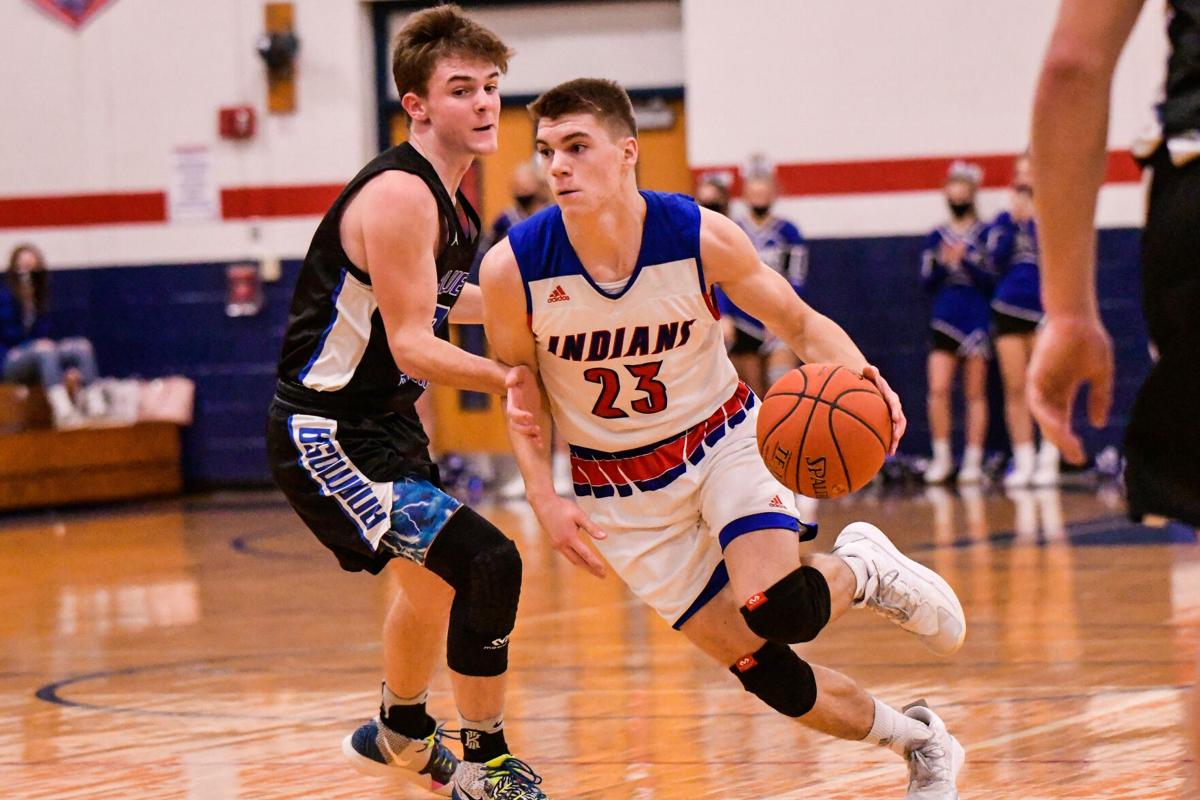 Camanche senior Jordan Lawrence weaves through traffic during the Indians’ win over Anamosa on Friday at home. Lawrence put up 18 on the night to lead the Camanche scoring effort.

Camanche’s Zane Witt puts up a shot over pressure during the Indians’ win over Anamosa on Friday. Witt had 12 points.

Camanche senior Jordan Lawrence weaves through traffic during the Indians’ win over Anamosa on Friday at home. Lawrence put up 18 on the night to lead the Camanche scoring effort.

CAMANCHE – After a couple of weeks without starter Zach Erwin, the Camanche boys’ basketball team welcomed him back into the lineup and cruised to a 76-49 conference win over Anamosa on Friday night.

“It was good to get up and down,” head coach Josh Davis said. “It was an up and down game and that’s really where our guys thrive. We were up and down and getting out there in the open court and just doing a really nice job.”

Camanche had been without Erwin and starter Mike Delzell since late December. Erwin came out with seven points and a number of rebounds, but added even more to the morale of the Indians as they really get into the thick of the season.

“Seeing Zach back on the court just kind of picked everyone’s spirits up,” Davis said. “I’m proud of him for wanting to get in there. He just calms everyone down.”

Camanche scored the first 10 points of the contest unanswered. The Blue Raiders came back with some of their own offense and started getting a number of tips and blocks down low. They cut the lead to two in the second quarter, and trailed by just five heading into the half.

Camanche came out on another roll, putting up buckets on transition points and taking easy control of the game.

“We’ve really been a third quarter team,” Davis said. “They were missing shots, and we had the best defensive rebounding game we’ve had all year. Their long shots turned into transition points and really just played into our hands.”

That included a number of points from bench and role players. Logan Shaw put up three from beyond the arc for nine points and Kyle DeWeerdt drained two long shots of his own. Zane Witt was in double digits with 12 points as well.

Senior Jordan Lawrence led the scoring with 18, 15 of those points coming in the second half.

“We have so many guys that we trust,” Davis said. “Down the line, we have guys that maybe aren’t starting, but we have complete confidence in them to give us the minutes when their numbers are called.”

The Indians stay at home in a quick turnaround, welcoming West Liberty to their home court on Saturday evening.

FROM OTHER NEWSPAPERS: Live streaming of committee meetings is welcome, but work still needed

Before this year, if you wanted to know firsthand what lawmakers thought about early-stage bills, you usually needed to go to the Capitol, whether by bus from downtown Des Moines or four-hour road trip from Rock Rapids, and track down a room. And those steps were absolutely required to share…